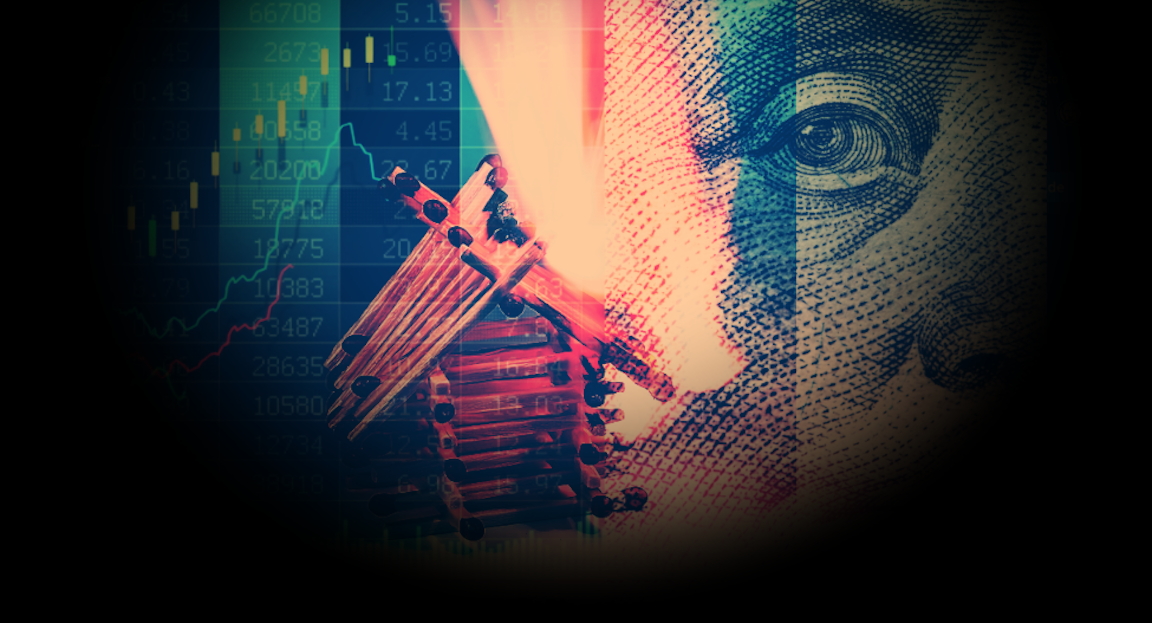 “After a short period of time, after about 18 months, they become very dry, they become really like a match stick”, Donald Trump said Monday in Sacramento, describing the conditions that turn forests into tinderboxes.

“And they become very, very…”, the president paused. “They just explode. They can explode”.

Trump went on to rekindle (no pun intended) his characterization of Europe as a vast expanse of what he calls “forest nations”, a description the president habitually attributes to an unnamed foreign dignitary with whom he once spoke.

On Monday, Trump reimagined that conversation. “He said we have trees that are far more explosive than California”, the president said, citing the same discussion with a “forest nation” leader.

As side-splitting as that is (assuming you can get past the tragic circumstances), I didn’t roll it out solely for laughs. Or, actually I did, but there is a market parallel.

For years, those apprised of the feedback loop created by the inverse relationship between volatility and market depth, and the forced, mechanical de-leveraging engendered by that loop in a world where volatility is everyone’s “exposure toggle” (to quote Nomura’s Charlie McElligott), have variously described modern market structure just as Trump describes America’s forests. That is, after long periods of calm during which low volatility begets (indeed dictates) greater and greater exposure, the market becomes dry kindling just waiting for a struck match.

The setup for this month’s tech correction involved the same dynamics, with a few wrinkles and twists. One could see the dry kindling piling up, that’s for sure. For example, a new multi-year low in the put/call volume ratio for US equities (red in the figure) tipped a potentially combustible underlying conjuncture.

Put volumes fell to YTD lows, and the “spot up, vol up” dynamic which sometimes spells trouble began to manifest itself on a near daily basis.

As Goldman noted last week in a postmortem of sorts, the concurrent rise of equities and OTM call option implied vol has “historically been a warning signal for market fragility”.

The question coming into the new week was whether, having scraped off some of the froth whipped up by the summer grab for upside optionality (if you prefer a colloquial description, you can just characterize July and August as a retail mania in tech lottery tickets), the rally could regain its footing.

Frankly, Monday didn’t provide a clean read. A flurry of M&A and deal announcements distorted the picture in equities, while rates were somnolent. A softer dollar provided a bit of an additional tailwind for risk assets.

The Nasdaq 100’s 1.7% gain was a welcome reprieve, and what I would note is that with the exception of Friday’s 0.6% decline, the index has moved 1% or more in every session this month.

Oracle and Nvidia both closed higher, with the former rising on (possibly misguided) optimism around the TikTok soap opera, and the latter jumping on the prospect of the biggest deal in semi history.

“If anything, the US rates market appears to be focused on remaining absolutely still in an effort to avoid further intervention from the Fed with little interest in profit taking as yields remain solidly mid-range”, Lyngen wrote Monday afternoon. “At the peril of excess anthropomorphization, an argument might be made that rates have simply tired of running laps between 60.2 bp and 78.7 bp and have benched themselves with the cardboard fans (cheers not breeze) until Powell calls the next play”.

I’m not sure I’ve ever seen someone inject so much color into a completely bland session than that. Hats off to BMO’s US rates team for ingenuity.

In a testament to the mood, Leuthold’s Jim Paulsen told Bloomberg the following about Monday’s deluge of deals, which also included Verizon buying TracFone for $6.9 billion: “I know we’re in the middle of a pandemic, but the reality is that the current economic environment has typically been very good for M&A activity”.

Just about every take on markets these days begins with some derivation of Paulsen’s qualifier. If you want to say something upbeat or otherwise constructive, it needs to be presaged by “I know this is the worst public health crisis in a century, but…” (There’s no reason to let a few hundred thousand dead put the brakes on opportunistic buyouts.)

Anyone looking for more clarity on Tuesday may be disappointed, although key data out of China could potentially move the needle. I’d say folks are in “wait and see mode” ahead of the Fed, but then again, consensus is that the September FOMC will be a nonevent. “[We] don’t expect changes to either forward guidance or QE to be announced at [this] week’s FOMC meeting”, Goldman said. “Indeed, given that long-end yields are relatively low, markets aren’t pricing normalization until far in the future, and overall financial conditions have eased substantially, the Fed may not be in a hurry to make these changes”.

I suppose this is what makes the game fun, though. Whenever you start to hear chatter about “the path of least resistance” being higher (and there was some of that on Monday), the next shoe invariably drops.

And you know what they say about trees…