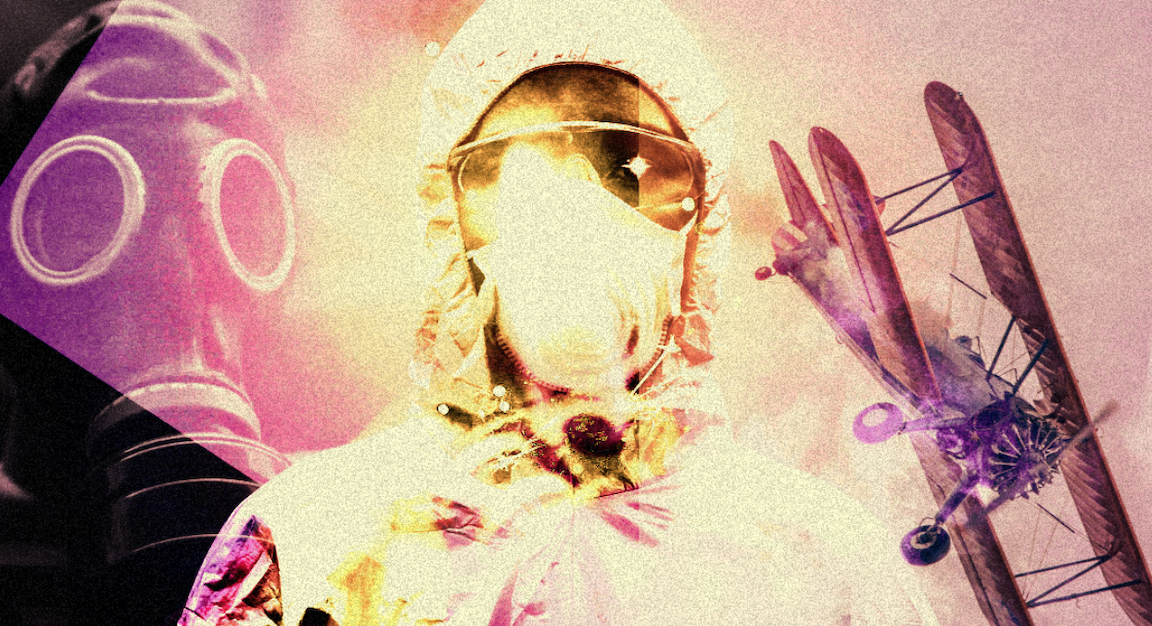 “It’s hard to see any clear, sane path on what he’s doing”, Nancy Pelosi told ABC on Wednesday, following Donald Trump’s decision to torpedo stimulus talks, before reversing course on Tuesday evening, during an hourslong Twitter tirade replete with conspiracy theories, unnecessary punctuation, and an amusing (if truly lamentable, for what it says about his mental state) attempt to focus the nation on Hillary Clinton and the American “deep state”.

“He saw the political downside of walking away from the negotiations …he’s rebounding from a terrible mistake he made yesterday”, Pelosi went on to say. The speaker also noted that she hasn’t talked to Trump directly since the State of the Union address. “I don’t want to go anywhere near the White House. It’s one of the most dangerous places in the country”, she remarked.

Somehow, US equities managed to storm higher Wednesday, climbing the most in more than a month, as Trump’s apparent openness to airline and small business aid helped bolster sentiment, while the latest polls from Quinnipiac showed Joe Biden with a commanding lead in Florida and Pennsylvania, and a sizable edge in Iowa as well.

As you might imagine, Treasurys bear steepened amid the risk-on move in stocks, a 10-year sale, and what still feels like a market that wants to price in stimulus and a Democratic sweep.

This week began with a fairly dramatic selloff at the long-end, but Trump’s Tuesday afternoon theatrics triggered a bout of bull flattening into the risk-off move. That reversed on Wednesday.

“The damage inflicted on fiscal stimulus expectations has ostensibly been reversed; at least if one were to use the proxies for the performance of Treasurys and domestic equities”, BMO’s Ian Lyngen, Jon Hill, and Ben Jeffery wrote, in a Wednesday afternoon note.

“We’ve long lamented the challenges of extracting market direction from the ever-changing political landscape, particularly when it comes to the prospects for another installment of COVID-bailout stimulus”, they added. “This week has only served to reinforce that notion”.

There was no perceptible reaction in Treasurys to the Fed minutes, which underscored officials’ expectations for more fiscal stimulus by year-end and revealed some of the color around the discussion which led to the rollout of outcome-based forward guidance last month.

Steve Mnuchin and Pelosi discussed targeted relief for airlines on Wednesday. Those following this soap opera closely will note that Republicans killed a bill late last week that would have aimed at delivering relief to carriers.

Specifically, House Transportation Committee Chairman Peter DeFazio attempted to pass a measure delivering $28 billion to airlines on the condition they delayed planned layoffs until the end of next March. But guess what? Republicans blocked it, citing the need to obtain a budget score. Just hours later, Trump announced his COVID diagnosis on Twitter. Nearly 40,000 airline employees have been furloughed over the past two weeks.

The stimulus sideshow has drawn attention away from ongoing discussions around breaking up big-tech, a serious risk to a market that has, for quite a while, lived and died by just a handful of names.

That leadership would also be imperiled by aggressive fiscal stimulus in a Democratic sweep, as the surest path to a steeper yield curve would be (more) heavy coupon issuance, a Fed that insists on stoking inflation, a unified legislature pushing a reflationary agenda, and a more redistributive tax regime.

Remember, secular growth favorites like big-cap tech have benefited from the duration infatuation in rates and a flatter curve. That could unwind if the Oval Office and the Senate flip. The question is whether cyclicals and value are truly prepared to take the proverbial baton.

Of course, in the absence of complete societal meltdown and descent into anarchy next month, financial assets can count on the Fed. “Irrespective of who wins the election, the downside risks to the equity market and economy have been backstopped by the Fed’s QE program as well as its direct intervention in the primary and secondary credit markets”, Jefferies wrote this week, in a cross-asset election note. “This should mean that any idiosyncratic risk arising from the change in government is mitigated by the fact that companies can still refinance at close to record low levels”.

I’ve said it before and I’ll say it again: Thank heavens for the technocrats.

Americans will be treated to the vice presidential debate on Wednesday evening which, at the least, can’t possibly be any worse than the disastrous spectacle the country was subjected to when Trump, Biden, and Chris Wallace engaged in a 90-minute shouting match.

Commenting in a recent note on the first presidential debate, Deutsche Bank’s Aleksandar Kocic called it “an event in the true sense of the word”.

“Instead of flexing muscle around different policy proposals and possible attempts to reframe the past successes and failures in a traditional discursive format of Presidential debates, the actual mode of conduct emerged as the main theme in subsequent commentaries and discussion”, Kocic wrote late last week.

“What we witnessed had never been seen before in the political context of this country”, he added. “It was so extreme and so out of bounds of the acceptable, that it defied any rational interpretation except as an outright act of self-sabotage”.

1 comment on “The Most Dangerous Place In The Country”