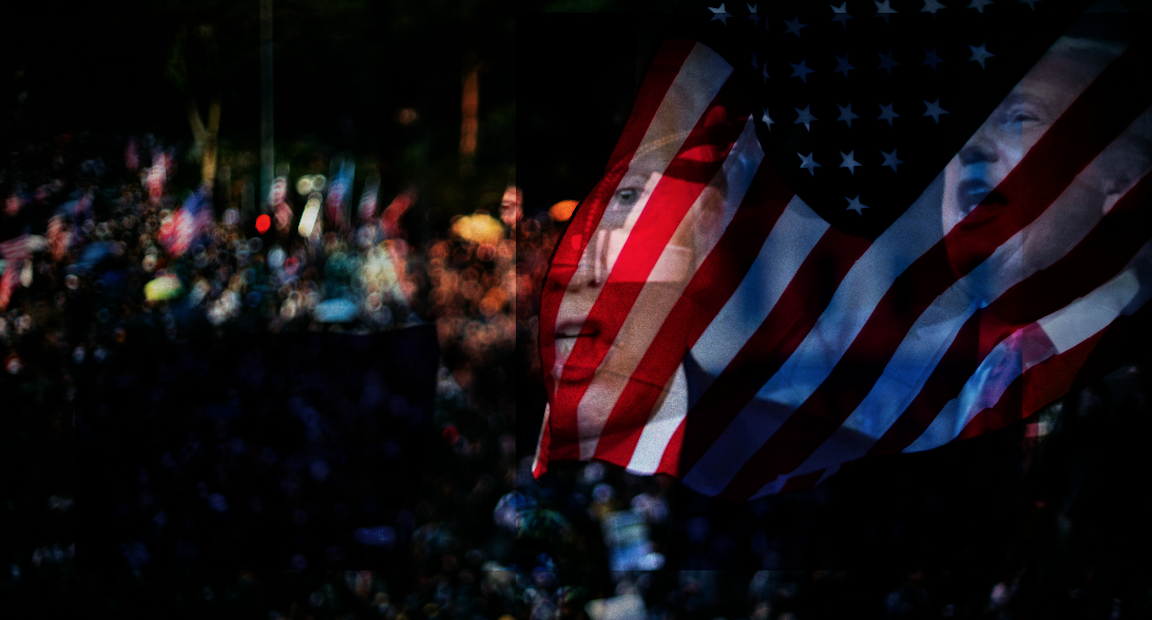 Global markets were muted Tuesday following Donald Trump’s return to the White House from Walter Reed, where he spent three days battling COVID-19, apparently with some measure of success. US stocks eventually closed sharply lower, though, after Trump decided to kill stimulus talks until after the election.

The president staged a spectacle upon returning to 1600 Penn. Monday evening, preening on the balcony and saluting no one in particular from the second-story. In a sign of (highly unfortunate) things to come, Erin Perrine, director of press communications for the Trump campaign, suggested to Fox News that Joe Biden isn’t qualified to be president because he hasn’t contracted COVID yet. “Trump has experience now fighting the coronavirus — those first-hand experiences”, she said. “Joe Biden doesn’t have those”. Perrine later claimed her remarks were taken out of context, which would be easier to believe were they not delivered on national television.

“Yes, that’s a member of the Trump campaign trying to make the case that while two thirds of Americans believe the president handled his own case of COVID-19 irresponsibly and put those around him at risk — like the members of the White House staff — getting the disease through total fault of his own is actually a reason to reelect him”, the incomparable Bess Levin wrote Monday evening, marveling at the audacity.

The president, meanwhile, was pleased that one fan called him an “invincible hero”. Matt Gaetz conjured an old Chuck Norris meme to describe Trump’s resilience. And so on, and so forth.

Stating the obvious, Bloomberg simply notes that “the president’s behavior may excite his strongest supporters, but the risk for him is that it will cement broader perceptions he’s been too cavalier about the spread of the virus and the threat it poses”.

Trump is nowhere close in the polls. The latest NBC/WSJ poll has the president trailing by 14 points. Even Rasmussen had Biden +8 late last month. Betting odds are even worse for the president.

If you’re wondering about the prospects for a bump tied to his diagnosis, Barclays reminds you that “UK Prime Minister Boris Johnson had a significant short-term bounce in his approval rating in mid-April, coincident with his release from the hospital after COVID treatment [but] this ‘sympathy bounce’ reverted to the mean a month later”.

Markets kicked off the week by aggressively pricing in fiscal stimulus via (most notably) a selloff at the long-end of the curve. While equities did extend gains late in the session Monday once it was apparent that Trump would be returning to The White House, the price action was almost universally described as indicative of markets pricing in greater odds of a Democratic sweep and an undisputed outcome. The soft dollar was a testament to that as well.

Dollar down while yields were up sharply is indicative of markets expecting more spending and wider deficits, which in turn suggests the pricing-in of stimulus, one way or another. Trump was avowedly in favor of another relief package, but the odds of it coming to fruition ahead of the election are now considerably lower in light of Tuesday’s dramatics that found the president lambasting Democrats in a series of afternoon tweets that rippled across assets.

“We believe both candidates are likely to enact policy that would have a positive impact on GDP growth and the recovery”, Jefferies said, noting that “without a Democratic sweep, significant policy action likely remains elusive, which might help keep a lid on inflation”.

Meanwhile, lawmakers are poised to suggest the breakup of the tech titans. Democrat David Cicilline’s recommendations “would include what he has called a Glass-Steagall law for technology platforms”, Bloomberg writes, citing Republican Ken Buck in noting that the proposal would ban tech companies “from entering different lines of business and amount to a breakup of the companies”. Google couldn’t own YouTube and Amazon couldn’t sell its own products, for example. Apple couldn’t own and offer its apps in an app store. Some of the proposals are said to be “non-starters” with the GOP.

A draft report, seen by Politico is described as “the first concrete glimpse into the findings and recommendations that Judiciary’s Democratic-led House antitrust subcommittee is set to offer as part of its 16-monthlong investigation into the state of competition online”. Politico notes that,

According to the memo, the final report will offer “a menu of potential changes” to existing law aimed at addressing bipartisan concerns that the tech giants have unfairly squelched or scooped up competitors to detriment of their users. The recommendations will include a ban on certain types of mergers, such as on “future acquisitions of potential rivals and start-ups” by major platforms. But Republicans are unlikely to back Democrats’ more aggressive reforms, according to the memo.

“We agree that antitrust enforcement agencies need additional resources and tools to provide proper oversight,” Buck wrote. “However, these potential changes need not be dramatic to be effective.”

On the geopolitical front, Mike Pompeo is on world tour with the usual schtick. Ahead of the Quad meeting in Tokyo, he said the severity of the pandemic (if not the virus itself) is down to a Chinese Communist Party “cover-up”.

Images from China during Golden Week show a stark contrast with the rest of the world. Although tourism revenue is down by a third from last year’s holiday, some 425 million Chinese traveled domestically from Thursday to Sunday. In other words, more people traveled in China in four days than there are total people in the US.

“With the coronavirus still raging in the US and Europe, Chinese have had few options for overseas holidays, with many opting to travel domestically instead”, SCMP writes, adding that  “even though there was a drop in tourism numbers and revenues, huge crowds were seen at popular tourist spots, many travelers had to deal with heavy congestion on major highways [and] crowds of people thronged train stations in big cities, although most people wore masks”.