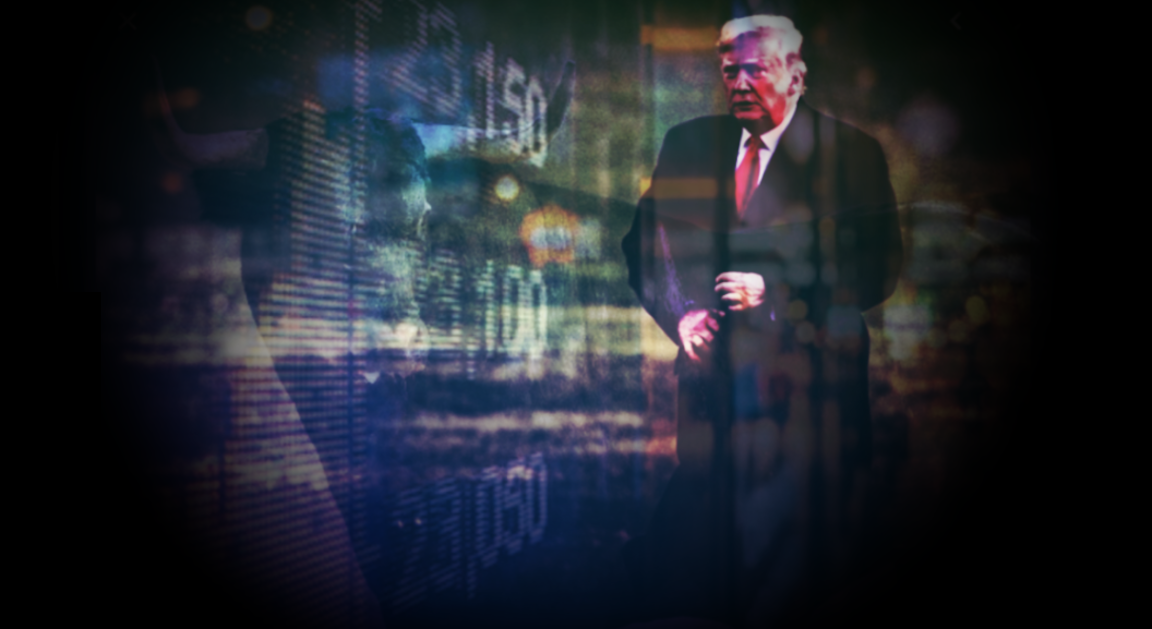 Equities came into the new week looking for gains after a Weekend at Bernie’s-style effort on the part of Donald Trump and his doctors succeeded in convincing market participants that the US president’s “vitality, spirit, and optimism” (to quote Vladimir Putin) will see him through a bout with COVID-19.

Trump was up early Monday tweeting out anecdotes about 401(k)s he heard on Fox & Friends. “Remember that the Stock Market is getting ready to break its all time high”, Trump said. “NEXT YEAR WILL BE THE BEST EVER. VOTE, VOTE, VOTE!!!!!”

After that, he delivered a succession of all-caps campaign messages, including a Space Force reference (because you really cannot make this up anymore).

I’d critique that (equities did pretty good under Barack Obama, “religious liberty” is not under siege, and so on), but there’s no point. The point on Monday, rather, is simply that Trump appears to be “stable” vis-à-vis COVID-19, if certainly not in any general sense of the term.

The president’s medical team on Sunday suggested he could be discharged Monday, and the hope now is that between his apparently rosy medical prognosis and exhortations to fiscal stimulus, risk assets can turn this episode into a positive (no pun intended).

Still, this has arguably hurt the campaign and it has most assuredly lent credence to messaging that The White House’s haphazard approach to the virus is perilous. The administration is now widely suspected to have hosted a super-spreader event that risked the lives of dozens of officials and lawmakers.

Nancy Pelosi and Steve Mnuchin will likely continue to negotiate around stimulus this week and Mitch McConnell will have a lot to ponder — Trump has now openly called for lawmakers to “get it done” on virus relief, from the hospital no less. McConnell may find it difficult to dodge that pseudo-demand. Mitch is also under pressure to get Amy Coney Barrett crammed through the Senate before the election, even as a trio of key senators are now positive for the virus quite possibly as a result of their attendance at the ceremony celebrating her nomination.

US equities will be looking for a second consecutive week of gains (figure below) and I’d be remiss not to note that some investors may see Biden’s (now larger) lead in the polls as decreasing the odds of a contested election outcome.

“POTUS could be discharged from the hospital imminently, according to reports, but with markets increasingly pricing in a Biden presidency and a Democratic sweep of Congress, prediction markets suggest the President’s illness has dented his re-election chances”, AxiCorp’s Stephen Innes remarked. “Event premiums around the election should fade if prediction markets prove accurate in implying that a convincing Biden win reduces the probability of a delay in delivering a definitive result”, he went on to say, before reminding you that “pricing in a Biden win has broader implications for higher fiscal spending in the medium term, which could be reflationary for financial assets”.

“President Trump’s health has improved and risk is ‘on'”, SocGen’s Kit Juckes wrote Monday. “That said, a 14-point deficit in opinion polls is going to leave him with a headache even if he never admits it and there’s not much time to catch up”.

Currency vols continue to reflect election risk. Euro one-month implied rose a third day while vol on that tenor for the yen jumped to the highest since late August.

“Lack of a significant safe haven bid for the dollar so far is telling”, Brown Brothers Harriman’s Win Thin wrote Sunday. “DXY was unable to break above 94 Friday and it suggests that the FX market is pricing in greater odds of a Democratic sweep which many (including us) think would be dollar-negative”, he added, noting that while “it’s way too early to see how things shake out, this is our early take until proven otherwise”.

The dollar started the week on the back foot and is coming off a loss after logging its best weekly gain since April during the previous week.

Goldman is “holding off on recommending new dollar shorts for now as we await more information on how the president’s health situation will affect the race”.

“With fiscal policies that help people more than inward capital flows, boosting the current account deficit without encouraging inflows to pay for it, we don’t see a Biden win as positive for the dollar, especially if the Democrats win a clean sweep of presidency and both houses of Congress”, SocGen’s Juckes went on to say, adding that “positioning remains excessively short dollars against both euros and yen (but not sterling) and that’s really the main thing supporting it here”.

Brown Brothers Harriman’s Thin wrote that the uncertainty itself, concentrated as it is on US political outcomes, may also weigh on the greenback in the weeks ahead. “Simply put, it’s hard to put a dollar-positive spin on any of this news”, he said, flatly.

The week is quiet on the data front. And that’s fine, because market participants scarcely need anything else to process.