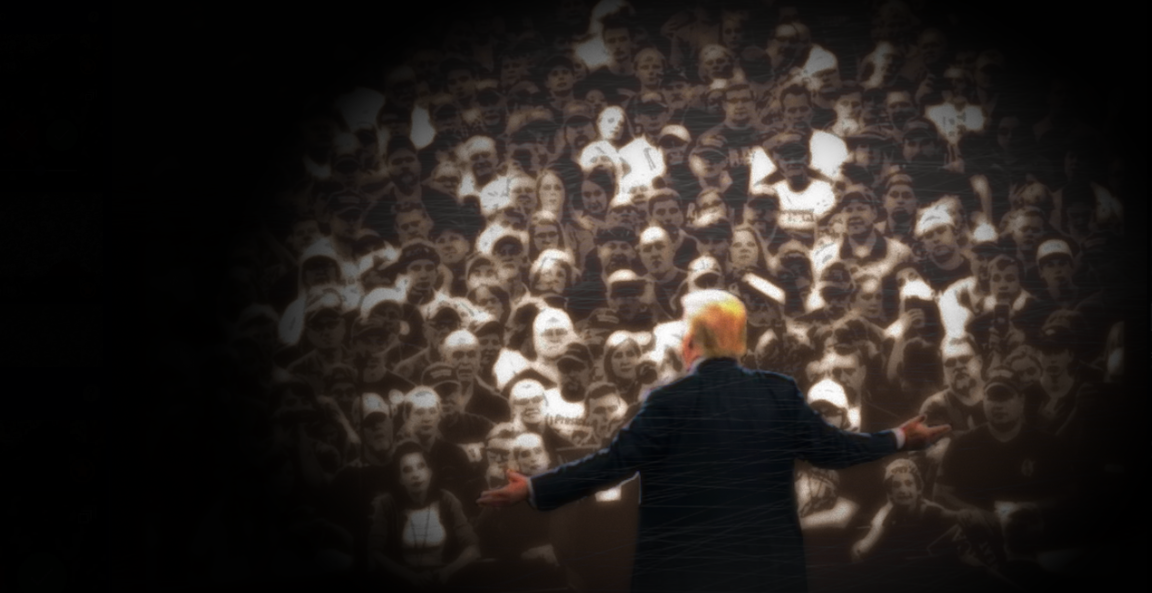 In the hours ahead of the first presidential debate on Tuesday evening in the US, Joe Biden released his tax returns in a bid to capitalize on The New York Times‘s revelation that Donald Trump paid just $750 in federal income taxes in 2016 and 2017.

The Biden family, by contrast, paid around $300,000 in 2019, or 400 times more than Trump paid during his first two years as president, if you’re keeping score at home.

As the Times not-so-gently wrote ahead of the debate, “what makes the tax story especially dangerous for Trump is that it feeds the larger narrative hammered out metronomically by the Biden campaign: that of a ‘Scranton vs. Park Avenue’ race between a middle-class regular guy and a selfish oligarch who failed to address a pandemic that has killed more than 200,000 Americans”.

The Trump camp, meanwhile, attempted to play up a groundless viral story about Biden wearing a secret earpiece. And that wasn’t the only conspiracy theory floating around on Tuesday.

Ultimately, none of that mattered. And neither did anything else, including and especially the issues, which were drowned out by what turned into an hour-and-a-half-long, three-way shouting match between Trump, Biden, and Chris Wallace.

In the simplest possible terms, the debate wasn’t a debate. There was no substantive discussion of COVID-19, the economy, racial justice, election integrity, climate change, or anything else. Rather, those topics served as mere jumping off points for a series of sometimes totally unrelated exchanges between three men battling each other for control of a runaway steam locomotive barreling at high speed down the tracks to nowhere.

Biden called Trump a “clown” at one point, and repeatedly implored the president to “shut up”. Wallace attempted to shout Trump down at various intervals, going so far as to remind the president that his campaign agreed to the debate rules ahead of time. “Mr. President, please…”, was a near constant refrain from the moderator’s chair.

Trump was undaunted, unapologetic, unrelenting, and totally unrepentant. Deflecting facts and statistics as though shooing away flies, the president regaled a sparse in-person crowd and what one can only imagine was a flabbergasted home audience, with a deliberately indecipherable and sometimes wholly incoherent harangue that, if nothing else, proved that debating him is an exercise in abject futility.

There’s a very real sense in which Trump was on top of his game. Of course, that’s not a good thing. At least not for the country or for the world. His “game” is precisely what has America teetering on the brink of societal meltdown.

But there is no sense in which one could suggest, based on his Tuesday night performance anyway, that Trump has “lost a step”. He was every bit the abrasive carnival barker, every ounce the unabashed showman, and every moment the insufferable cartoon demagogue, that millions of Americans either love or loathe, with almost no one falling in-between the two extremes.

Trump almost seemed to revel in various allegations (from Biden), including the former vice president’s matter-of-fact contention that “You’re the worst president America has ever had”. Anyone else would chafe at the notion that they’ve been an absolute failure. Not Trump. One might have mistaken his smirk for a grin, even.

Wallace confronted the president with indisputable statistics, including the reality of the pre-pandemic labor market. “It turns out that in Obama’s final three years as president, more jobs were created — 1.5 million more jobs — than in the first three years of your presidency”, Wallace told Trump. Trump simply ignored him. Without missing a beat, he accused Biden of presiding over the slowest recovery in history, before quickly pivoting to the stock market.

That was indicative of the whole night. It wasn’t so much that Trump was “deflecting”. Instead, the president spent most of the debate simply pretending as though responding directly to Biden and Wallace wasn’t an imperative, but rather an option — one which he eschewed repeatedly.

Towards the end of what was, by every account, an unfortunate spectacle, Wallace asked Trump directly if he would “urge his supporters to stay calm” until the votes are counted and the election is certified. Trump did not commit to that. Not at all, in fact.

“Im urging my supporters to go into the polls and watch very carefully”, Trump began, before positing a conspiracy in which unspecified “bad things are happening”.

For lack of a better way to describe the proceedings, the first (and, if there’s any justice, the last) presidential debate of 2020 was an unmitigated disaster.

To be sure, everyone knew it would be a circus. And most expected it would rapidly descend into farce. But a country that’s been through as much as America has in the past nine months surely didn’t deserve this.

Or maybe it did. After all, every nation gets the government it deserves.

13 comments on “Wallace, Biden Entered Trump’s Event Horizon. They Didn’t Make It Out”