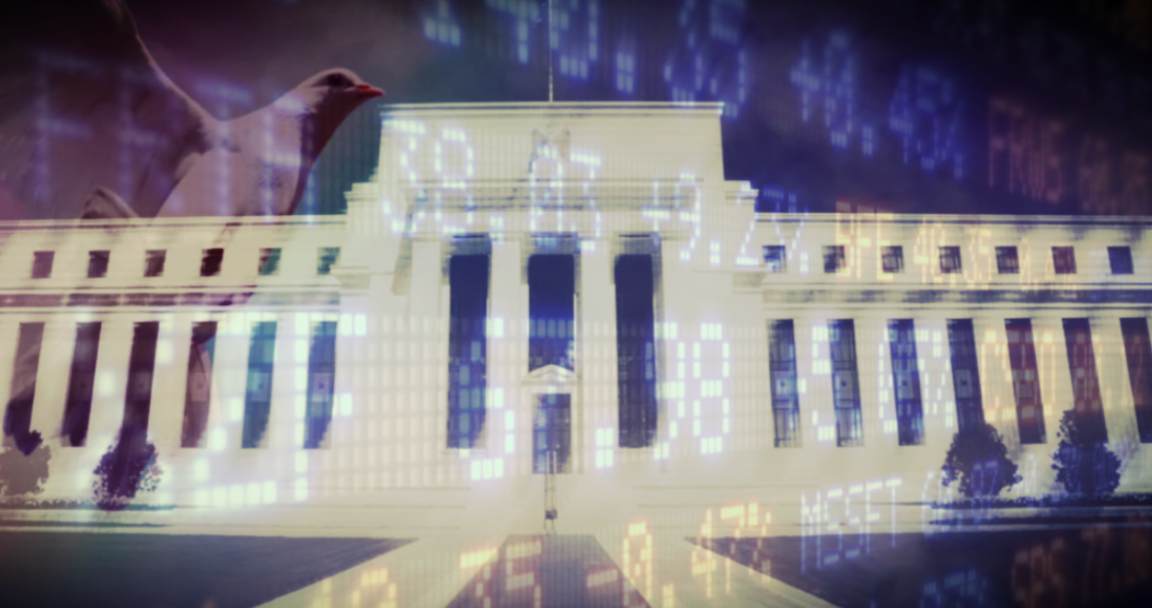 Minutes from the September FOMC meeting find Fed officials debating the relative merits of moving ahead with outcome-based forward guidance as policymakers looked to convince markets they’re serious about satisfying their mandate.

On September 16, the Fed ushered in a “new” regime, wherein officials committed to hold rates at the lower-bound until the dual mandate is achieved. That, as opposed to the previous guidance which would keep rates near zero until the economy is deemed to be “on track” to meeting the Fed’s goals. Robert Kaplan and Neel Kashkari dissented — for different reasons.

Given the dissents, market participants were keen for any color on the internal debate around the institution of state-dependent forward guidance, especially as the dot plot now serves as a kind of “soft” date-dependent regime — rates will be at zero for around three years.

Sure enough, the minutes show that most officials thought it was important to reinforce the message from the AIT unveil. Below is one key passage:

Most participants supported providing more explicit outcome-based forward guidance for the federal funds rate that included establishing criteria for lifting the federal funds rate above the ELB in terms of the paths for employment or inflation or both. Among the participants who favored providing more explicit forward guidance at this meeting, all but a couple supported a formulation in which the forward guidance included language indicating that it would likely be appropriate to maintain the current target range until labor market conditions were judged to be consistent with the Committee’s assessments of maximum employment and inflation had risen to 2 percent and was on track to moderately exceed 2 percent for some time. These participants noted that communicating that the target range for the federal funds rate would remain at the ELB until these criteria were achieved would provide appropriately clear and strong policy guidance. Doing so at this meeting was viewed as an especially important way of affirming the Committee’s commitment to achieving the economic outcomes articulated in the consensus statement.

Remember, the “economic outcomes articulated in the consensus statement” are now tweaked under the new policy framework. Inflation will be allowed to run hot to make up for previous shortfalls, and the Fed has explicitly acknowledged a more inclusive version of the unemployment mandate.

Amusingly, the minutes say that “participants generally noted that outcome-based forward guidance for the federal funds rate of this type was not an unconditional commitment to a particular path”. That underscores a point I’ve endeavored to drive home recently — namely that Kaplan’s dissent seems disingenuous. Nothing is etched in stone. The Fed always retains its optionality.

On the dovish side, “a couple of participants preferred even stronger, and less qualified, outcome-based forward guidance… in which the target range for the federal funds rate remained at the ELB until inflation had moved above 2 percent for some time”.

As for the hawks (which is an extremely relative term these days), “several participants noted that while they agreed it was appropriate to incorporate key elements of the consensus statement into the post-meeting statement, they preferred to retain forward guidance similar to that provided in recent FOMC statements”.

For that contingent (which obviously includes Kaplan), it’s enough that “longer-term interest rates already very low” and “there did not appear to be a need for enhanced forward guidance at this juncture or much scope for forward guidance to put additional downward pressure on yields”.

They also fretted that “forward guidance that involved the target range for the federal funds rate remaining at the ELB until employment and inflation criteria were achieved could limit the Committee’s flexibility for years”. That is obviously ridiculous — these are, after all, the people who write the rules. You cannot be constrained by rules of your own making assuming you retain the ability to change them at your discretion.

On a quick read, there wasn’t much in the way of discussion around extending the maturity composition of the portfolio or otherwise ramping up asset purchases.

There was, of course, support for continuing QE at its current pace, but beyond that, the discussion revolved around communications as to how best to convey the benefits of asset purchases vis-à-vis employment and outcomes in the real economy. “Some participants also noted that in future meetings it would be appropriate to further assess and communicate how the Committee’s asset purchase program could best support the achievement of the Committee’s maximum employment and price-stability goals”, the minutes read.

Suffice to say there’s no ambiguity about how the asset purchases have “supported the achievement” of “goals” in equity benchmarks and credit markets. The former are perched near records, and spreads have collapsed in the latter thanks to what amounts to a government guarantee on IG corporate bonds (and fallen angels for that matter).

The words “asset” and “purchases” appear side by side just five times in 22 pages. That’s generally consistent with Powell’s post-meeting press conference, which disappointed those hoping for nods at additional QE and/or WAM extension (more here).

The word “fiscal” comes up 14 times. The following passage is notable:

Fiscal policy measures, along with the support from monetary policy and the Federal Reserve’s liquidity and lending facilities, were expected to continue supporting the second-half recovery, although the recovery was forecast to be far from complete by year-end. The staff’s forecast assumed the enactment of some additional fiscal policy support this year; without that additional policy action, the pace of the economic recovery would likely be slower.

That’s inline with almost all recent Fedspeak (save Jim Bullard’s somewhat odd “it can wait until next year” remarks) and it echoes Powell’s Tuesday speech.

Note that the Fed was baking in additional fiscal stimulus this year. It’s not clear what “some” means, but it is by definition more than “none”, which is what Donald Trump suggested the market might get when he axed negotiations on Tuesday, before eventually backtracking to support limited aid for airlines, small businesses, and, naturally, checks with his signature on them.

Projections also assumed “the current restrictions on social interactions and business operations, along with voluntary social distancing by individuals and firms, would ease gradually through next year”, while monetary policy was projected to be “even more accommodative than in the previous forecast in order to more fully reflect the revised consensus statement”.

In other words, monetary policy needs to be more accommodative if the new, average inflation targeting framework and the more inclusive interpretation of the employment mandate is to be credible in the market’s eyes.

One passage comes across as especially poignant in light of the events which have transpired over the past 24 hours. “Many participants noted that their economic outlook assumed additional fiscal support and that if future fiscal support was significantly smaller or arrived significantly later than they expected, the pace of the recovery could be slower than anticipated”, the minutes read.

Nobody told The White House, apparently.