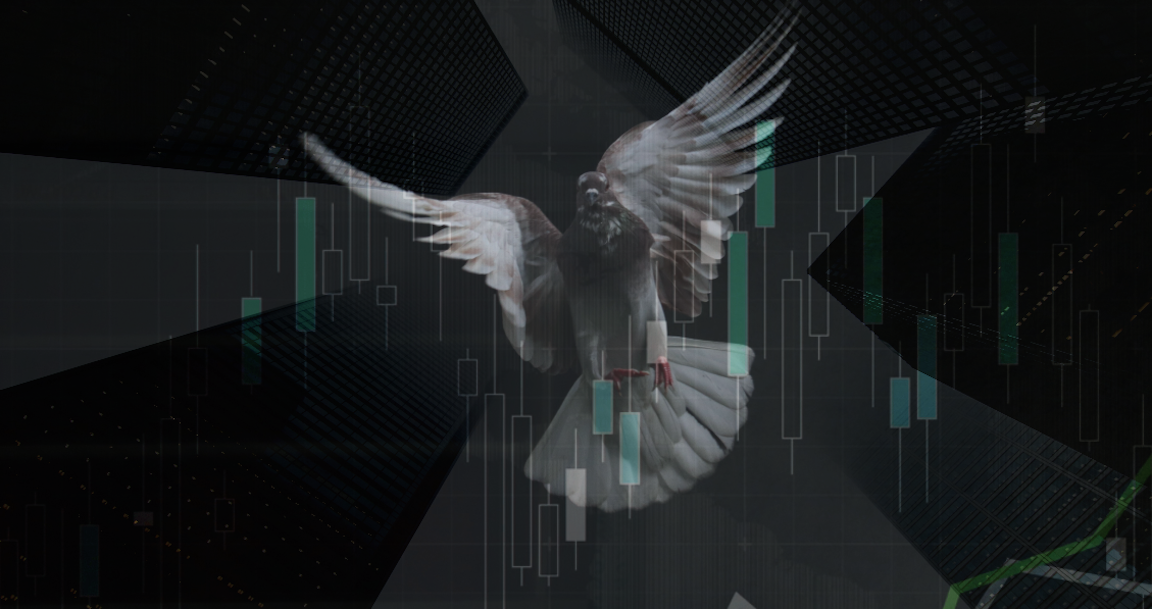 Headed into the September meeting, the Fed wasn’t expected to make meaningful changes to the somewhat nebulous forward guidance in the FOMC statement.

Those expectations may have been caught at least partially offsides. Although one can quibble over the definition of “meaningful”, the Fed did adopt a version of outcome-based forward guidance on Wednesday.

Simply put, there were notable changes to accommodate the shift to average inflation targeting (AIT) and the updated approach to the employment side of the mandate, both of which were revealed late last month by Jerome Powell.

In July, the committee said it expected to maintain rates near zero until policymakers are “confident that the economy has weathered recent events”.

In the new statement, the Fed explicitly ties liftoff to unemployment. “The Committee… expects it will be appropriate to maintain [the] target range until labor market conditions have reached levels consistent with the Committee’s assessments of maximum employment”, the new statement reads. The July statement, by contrast, simply said that rates would remain at current levels until the economy is judged to be “on track” to full employment.

On inflation, the statement says the Fed “aim[s] to achieve inflation moderately above 2% for some time so that inflation averages 2% over time and longer-term inflation expectations remain well anchored at 2%”. The market will likely key on the “for some time” language, which preserves optionality, while making it clear that the Fed is at least some semblance of serious about AIT.

The statement went further in an apparent effort to drive the point home: “The Committee expects to maintain an accommodative stance of monetary policy until these outcomes are achieved”.

“The FOMC went forward with adding outcome-based guidance”, BMO’s Ian Lyngen remarked, in a quick take, adding that “while there wasn’t any particular degree of urgency, the decision does offer a dovish dose to the market’s understanding of the path of rates”.

The Fed has never sustainably achieved its inflation goal (figure below), and many believe that without a sustained fiscal impulse, the AIT shift will be meaningless. As Deutsche Bank’s Stuart Sparks put it “‘tolerating’ higher inflation presupposes the ability to produce higher inflation”. The Fed hasn’t demonstrated that ability, but the new statement suggests they intend to try quite a bit harder going forward.

Obviously, the cost of things like tuition and healthcare has spiraled, so one can always make a compelling case that if the Fed can’t find any inflation, it isn’t looking very hard. And that’s to say nothing of the asset price inflation observable in everything from equities to fine art.

But, this is in many respects an academic debate, not a real world discussion. That’s ironic, given that the whole point of the Fed’s mandate is to help maximize the public’s economic well being, but this is well-worn territory. It makes little sense to make the same jokes about “ivory towers” and “groupthink” after every, single Fed meeting. We all know the story: Some things are getting more expensive, Fed policy is exacerbating inequality, and so on, and so forth. The updated approach to both the inflation and employment goals is supposed to help address some of the myriad discrepancies highlighted by critics. We’ll see how it works out.

On the economy, the Fed’s take was characteristically cautious.

“Economic activity and employment have picked up in recent months but remain well below their levels at the beginning of the year”, the statement says. That’s accompanied by a reiteration of the idea that improvements will be tethered to the evolution of the epidemic:

The path of the economy will depend significantly on the course of the virus. The ongoing public health crisis will continue to weigh on economic activity, employment, and inflation in the near term, and poses considerable risks to the economic outlook over the medium term.

That said, the outlook for the economy was “marked to market”, so to speak. The new projections show unemployment at 7.6% at year-end, versus 9.3% in the June forecasts. For GDP, the median is now -3.7% compared to -6.5% in the last set of projections.

As far as QE is concerned, consensus headed into the September meeting was that the Fed would not make explicit commitments to extending the maturity profile of its asset purchases at this juncture, preferring to keep that in reserve. Indeed, the language around monthly purchases remained generally unchanged.

“The Fed retains the option to adjust its Treasury purchases to keep a lid on longer-term yields if in fact inflation expectations continue rising and real rates stabilize”, Bill Merz, senior portfolio strategist at US Bank Wealth Management, remarked.

Beyond the new forward guidance, it was left to the dots (and, subsequently, to Powell’s press conference) to convey any dovish (or hawkish) surprise. In that regard, the Fed expects to keep rates on hold through 2023.

Notably, there were dissents. Sort of. Kaplan voted against, citing the need to “retain greater policy rate flexibility beyond” the point at which it’s clear the economy is “on track”. Kashkari, on the other hand, wanted even more explicit wording around inflation, preferring “the Committee indicate it expects to maintain the current target range until core inflation has reached 2% on a sustained basis”.

It sounds as though the statement was a compromise. You can decide for yourself.

The Federal Reserve is committed to using its full range of tools to support the U.S. economy in this challenging time, thereby promoting its maximum employment and price stability goals.

The COVID-19 pandemic is causing tremendous human and economic hardship across the United States and around the world. Economic activity and employment have picked up in recent months but remain well below their levels at the beginning of the year. Weaker demand and significantly lower oil prices are holding down consumer price inflation. Overall financial conditions have improved in recent months, in part reflecting policy measures to support the economy and the flow of credit to U.S. households and businesses.

The path of the economy will depend significantly on the course of the virus. The ongoing public health crisis will continue to weigh on economic activity, employment, and inflation in the near term, and poses considerable risks to the economic outlook over the medium term.

The Committee seeks to achieve maximum employment and inflation at the rate of 2 percent over the longer run. With inflation running persistently below this longer-run goal, the Committee will aim to achieve inflation moderately above 2 percent for some time so that inflation averages 2 percent over time and longer-term inflation expectations remain well anchored at 2 percent. The Committee expects to maintain an accommodative stance of monetary policy until these outcomes are achieved. The Committee decided to keep the target range for the federal funds rate at 0 to 1/4 percent and expects it will be appropriate to maintain this target range until labor market conditions have reached levels consistent with the Committee’s assessments of maximum employment and inflation has risen to 2 percent and is on track to moderately exceed 2 percent for some time. In addition, over coming months the Federal Reserve will increase its holdings of Treasury securities and agency mortgage-backed securities at least at the current pace to sustain smooth market functioning and help foster accommodative financial conditions, thereby supporting the flow of credit to households and businesses.

In assessing the appropriate stance of monetary policy, the Committee will continue to monitor the implications of incoming information for the economic outlook. The Committee would be prepared to adjust the stance of monetary policy as appropriate if risks emerge that could impede the attainment of the Committee’s goals. The Committee’s assessments will take into account a wide range of information, including readings on public health, labor market conditions, inflation pressures and inflation expectations, and financial and international developments.

Voting against the action were Robert S. Kaplan, who expects that it will be appropriate to maintain the current target range until the Committee is confident that the economy has weathered recent events and is on track to achieve its maximum employment and price stability goals as articulated in its new policy strategy statement, but prefers that the Committee retain greater policy rate flexibility beyond that point; and Neel Kashkari, who prefers that the Committee to indicate that it expects to maintain the current target range until core inflation has reached 2 percent on a sustained basis.

1 comment on “Fed Adopts Outcome-Based Forward Guidance, Will Keep Rates Near Zero For At Least 3 Years”