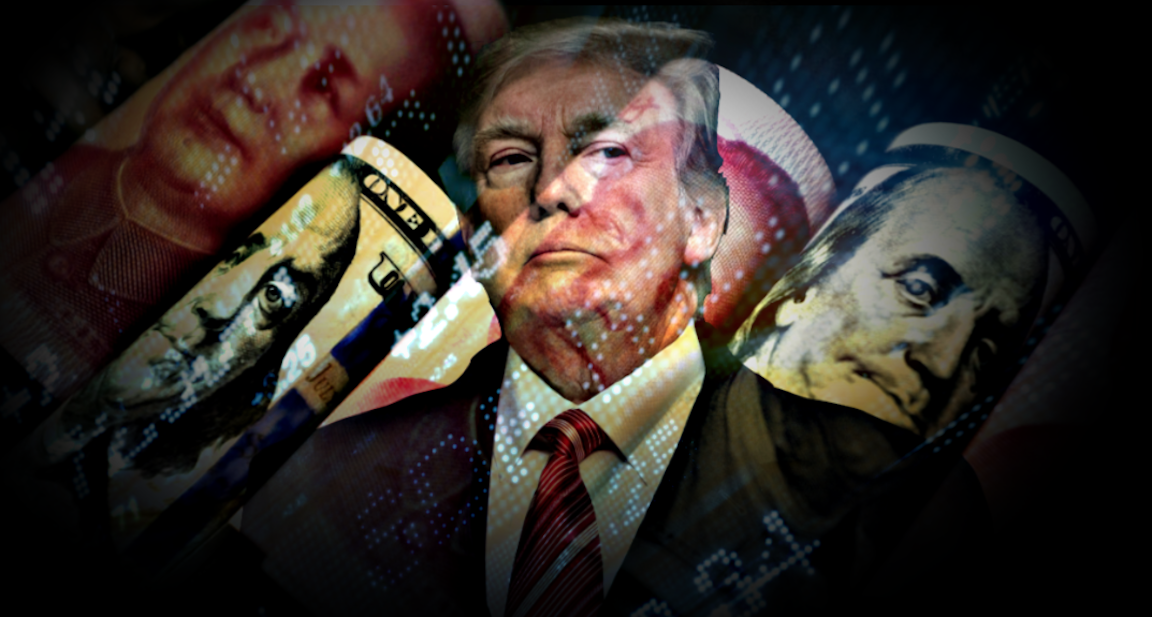 In a move perhaps designed to cast a pall over what could be the world’s largest IPO, the Trump administration is considering restrictions on Ant Group’s payment systems. Also under discussion are measures aimed at curtailing Tencent’s platform.

That’s according to the ubiquitous people familiar with the discussions, who said that although ideas were bandied about by “senior officials” in the White House Situation Room late last month, options haven’t yet been presented to the president. Or at least not formally.

That could be because there really are no options. As Bloomberg’s Nick Wadhams, Saleha Mohsin, and Jennifer Jacobs write, the US is worried that Ant Group may soon “dominate global digital payments”, thereby handing Beijing banking information on “hundreds of millions of people”.

The problem, though, is that finding “a legally sound approach” to slapping restrictions on the companies is “proving difficult”, the linked article reads. That’s a nice way of saying that, as far as administration officials can tell, such a move would be illegal.

On the off chance you’re not apprised, Jack Ma’s Ant is set for a dual-listing in Hong Kong and Shanghai, which could raise as much as $35 billion, beating Saudi Aramco’s 2019 debut for the top spot on the list of world’s largest IPOs.

When news of Ant’s forthcoming listing started to circulate over the summer, Ma was reportedly seeking a valuation of at least $200 billion. That quickly rose to $225 billion.

Not surprisingly, investors are interested. The most recent chatter has Ant targeting a $250 billion valuation. In addition to Alipay, Ant has its hands in pretty much everything under the sun, including AI, cloud computing, and blockchain. It was valued at $150 billion during its last round.

Now, Trump is apparently angling to spoil the party. Putting some manner of restrictions on the company would affect not just prospective investors, but existing ones too. Silver Lake, Warburg Pincus, and Carlyle are already into Ant for hundreds of millions, for example.

This would be a major escalation in the Sino-US tech war and would effectively represent an attempt to tamper with a foreign listing — the rumor comes on top of The White House’s push to ramp up scrutiny of Chinese companies listed in the US.

Trump is already engaged in an effort to undermine Tencent via The White House’s proposed WeChat ban and has also reportedly inquired as to its gaming business. Last month, press reports indicated Tencent is under CFIUS scrutiny. Steve Mnuchin’s Treasury reportedly wanted to know if Epic Games, Riot Games, and “others” are handling data properly considering their spot under Tencent’s massive umbrella.

Tencent is, of course, the biggest gaming company on the planet. It has a 40% stake in Fortnite maker Epic and owns Riot outright. Last month, some worried The White House was angling to subject Tencent to a ByteDance-style shakedown. Suffice to say Wednesday’s rumors won’t do much to allay those fears.

Sure enough, an executive order is seen as the most expeditious way to get something on the books, although like the TikTok and WeChat ban, such a move would doubtlessly get tied up in the courts. Even more ominous would be a move by Mnuchin to designate Ant and Tencent. That could prompt a severe backlash from China.

“Debate over how and whether to restrict Ant Group’s and Tencent’s payment systems has accelerated among senior US officials in recent weeks”, Bloomberg went on to say, noting that “a final decision isn’t imminent”.

Maybe not. But a response from Beijing to the rumors after Golden Week may be — imminent, that is.

2 comments on “US May Target Tencent, Ant Group With Potential To Disrupt World’s Largest IPO”