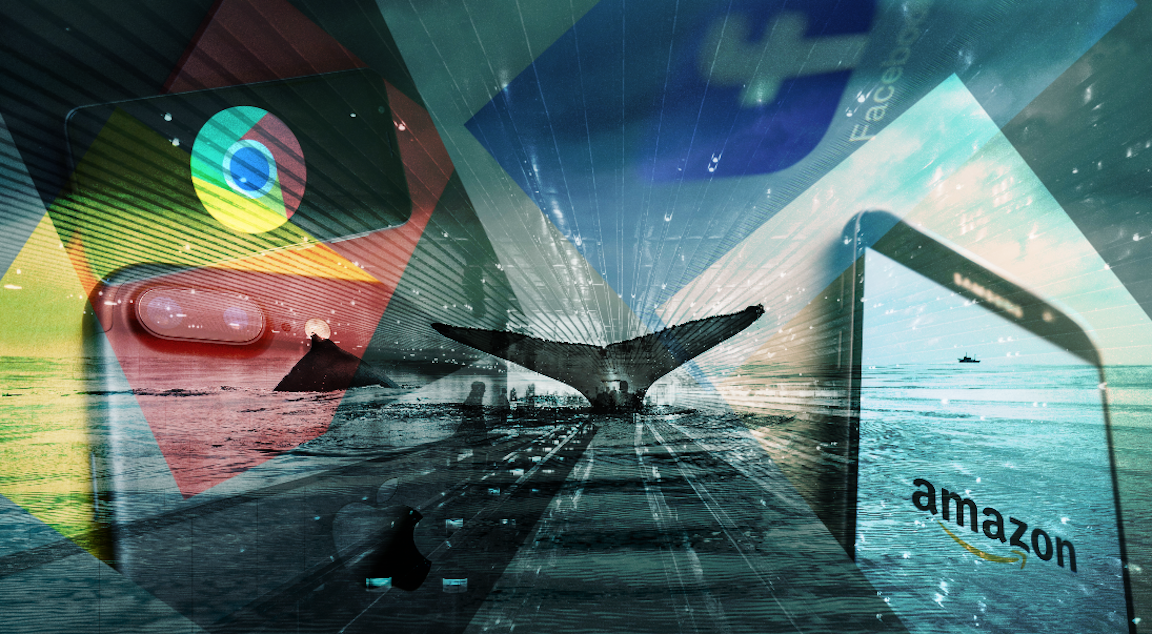 We now know that SoftBank was the “Nasdaq whale”.

For at least a week prior to Thursday’s big selloff (and its less spectacular sequel on Friday morning), the rumor mill was alive with talk of a massive buyer in single-name call options on red-hot tech shares and the handful of momentum stocks which became synonymous with the summer rally.

As August melted into September, it was abundantly clear to anyone with any sense that there was more to the Nasdaq 100’s run-up than just earnings and the fundamental case for indispensable technology in a post-pandemic world. Anomalous moves in Salesforce, Netflix, and Zoom, along with Apple’s almost comical ascent, lent credence to the notion that the Street was short gamma in the wake of large, persistent upside premium buying.

I’ve spilled gallons of digital ink documenting this over the past two weeks (here, here, and here, among a half-dozen at least), and I endeavored to ramp up the volume starting Monday, as it became increasingly apparent that, as Nomura’s Charlie McElligott put it, “this flow is simply larger than an illiquid August single-name market can take”.

“Although we’re just hearing about it, rest assured, it’s been an open secret on institutional desks for the past week”, Kevin Muir said Tuesday. “You simply can’t buy that sort of size without rumors spreading”.

And you didn’t need the rumors to see it. It was readily apparent in, for example, skews, the “stocks up, vol up” character of the rally and the concurrent positive correlation between the VIX and the S&P, among other “tells”.

On Friday, just in time for nobody to be around ahead of the long US weekend, the Financial Times made all of this “official”, unmasking the “Nasdaq whale” in the process.

That it’s SoftBank somehow seems wholly unsurprising to me, even as the trades were described as “a new chapter” for Masayoshi Son. FT cites the ubiquitous “people familiar with the matter” in confirming that SoftBank spent the past couple of months “snapping up options in tech stocks… in huge amounts, fueling the largest ever trading volumes in contracts linked to individual companies”.

Descriptions of the trades ranged from “huge” to “dangerous”, in keeping with the language heard across desks (and parroted in these pages) in the week leading up to Thursday’s rout.

“These are some of the biggest trades I’ve seen in 20 years of doing this”, one buy-sider told FT, whose coverage correctly, if belatedly, notes that “the sheer size of the trades appears to have exacerbated a ‘melt-up’ in many big technology stocks over the summer”.

It also “appears” to have catalyzed absurd, parabolic wealth gains for the founders and CEOs of the tech names swept up in the surge, which was by no means confined to FAAMG. As mentioned above, Salesforce, Zoom, and Tesla, among others, also benefited either in first- or second-order fashion, as did the Nasdaq itself and, to a lesser extent, the S&P.

When the self-feeding loop was spinning at its fastest, the top-10 richest people on the planet added $30 billion in net worth over the course of just 72 hours late last week.

Shortly after FT‘s piece was published, WSJ printed something similar, calling SoftBank’s call-buying program “a giant but shadowy bet”, in an amusing attempt to create suspense.

The bottom line, as Charlie put it Tuesday, is that SoftBank’s flow was “frankly” more than the single-name market “can ever take regardless of month”.

Kevin echoed those sentiments. “The buying is huge. This is a monster bet by a Godzilla of an account”, he said Tuesday. (As it turns out, “Godzilla” was an exceptionally apt description, given SoftBank’s country of origin.)

As explicitly stated here during the selloff, Thursday’s rout was comeuppance — it’s just not clear for whom. While legions of Robinhood traders and other unwitting home gamers caught up in the euphoria witnessed what Bloomberg called “downright existential” losses, SoftBank can easily absorb the hit.

One banker who spoke to FT said that while the downdraft “would have been painful for SoftBank, he expected the buying to resume”.

18 comments on “The Nasdaq Whale”