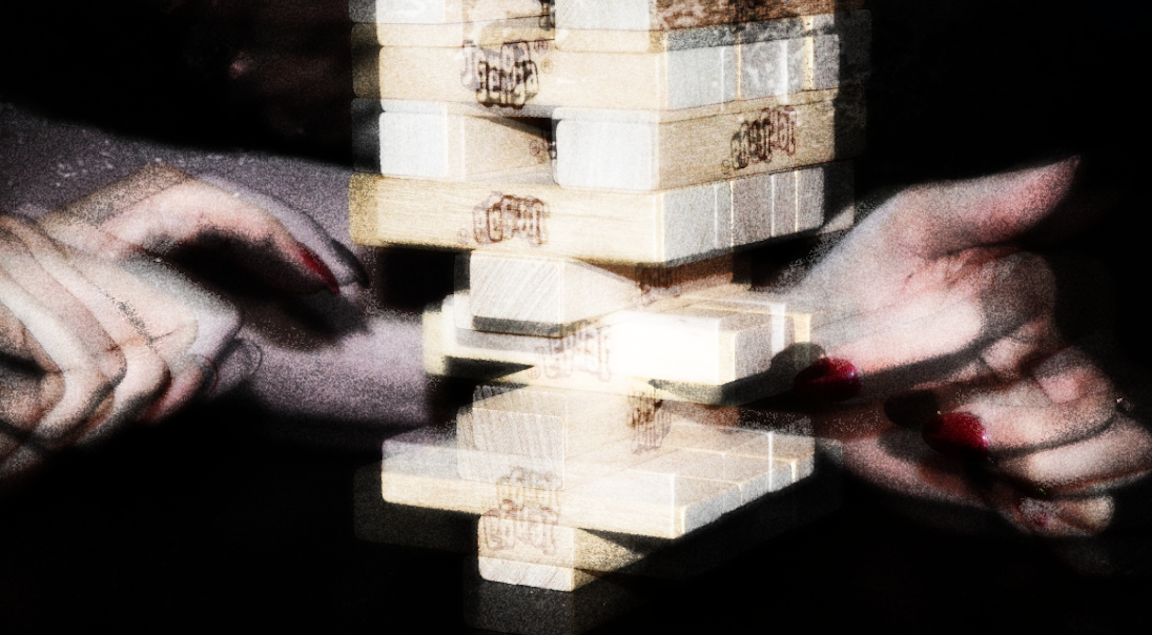 Following Tuesday’s absurd run-up in shares of Zoom, it’s worth taking a moment to say a few more words about what, in hindsight, may be viewed as the quintessential example of the “stay at home” bubble.

To be sure, Zoom’s quarterly results were good, so it’s not as though there wasn’t a fundamental catalyst for the surge. But the technical/flow setup driving recent outsized (to put it mildly) gains in hot tech stocks and the knock-on effect of that dynamic at the index level, has created a self-fulfilling prophecy. That, in turn, has cranked the knob on a larger feedback loop to a Spinal Tap-ish “11”.

“Over the past two weeks, there has been a massive buyer of single-name technology stock call options. We’re not talking retail here”, Kevin Muir, formerly head of equity derivatives at RBC Dominion wrote, in a late Tuesday note. “This is a bonafide large institution that’s been combing the street, lifting size offers in out-of-the-money call options in names like Amazon, Facebook and Google”, he went on to say, adding that,

The fact that this buying is being executed through call options is unusual. It’s making the rally feed on itself. In a typical bull market, the clients actually supply gamma on rallies. They are usually selling out-of-the-money call options which makes the dealers long gamma as the stock market rises. That has the effect of muting market moves. Yet, this client has got dealers short gamma in technology names which exaggerates market moves — so short individual name gamma, they are actually reaching for index gamma, which is why in the last week, we have seen the VIX rising along with the stock market.

As a reminder, the correlation between the VIX and the S&P flipped positive late last month (figure below). And, as discussed here on several occasions, the Nasdaq 100’s “fear gauge” has demonstrated a tendency to rise with the index, with last Wednesday being a “big league” example.

For my part, I’ve endeavored to ensure that the societal context isn’t lost while explaining the mechanics behind the latest (and most explosive) leg of the tech rally. This year has seen the world’s richest 10 people add more than a quarter-trillion (with a “t”) to their collective net worth, even as the masses struggle with the economic and health fallout from the pandemic.

It’s tragically ironic, in a way. On one hand, tech companies have been instrumental in mitigating the pain from stay-at-home orders and various lockdown protocols in advanced economies. Of course, the more indispensable you are, the more valuable your company. That, in turn, translates to higher share prices, especially given the premium placed on secular growth and quality (from a style/factor perspective) in a “slow-flation” world.

When you pile a technical/flow catalyst like that described above (and in many of the linked posts) on top of the situation, the result is parabolic wealth creation for the CEOs and founders of said tech companies. Zoom CEO Eric Yuan had a helluva day in that regard on Tuesday.

That serves to perpetuate inequality at a time when the very same pandemic which made tech even more indispensable than it already was, was itself working to exacerbate the wealth divide, taking a disproportionate toll on those “least able to bear it”, to quote Jerome Powell, who, in yet another tragic irony, has been forced to adopt policies conducive to financial asset price inflation, which makes the situation even more acute.

With all of that in mind, consider that Hong Kong tycoon Li Ka-shing would be having a less-than ideal year were it not for Zoom and, specifically, were it not for Tuesday. “Li’s conglomerates, CK Hutchison Holdings and CK Asset Holdings, have struggled amid the COVID-19 crisis and the anti-government protests that have hit Hong Kong”, Bloomberg notes, adding that “the shares have lost more than a quarter of their value in 2020, and the tycoon who for decades profited by expanding in times of crisis is now scaling back”.

That’s no good. But what is good is Li’s 8.5% stake in Zoom, which delivered a $3.2 billion boost to his net worth on Tuesday alone.

Thanks to the rally in Zoom’s shares, Li’s stake now comprises a third of his wealth. According to Bloomberg, it’s also what’s allowing him to retain the title of Hong Kong’s richest man. (Apparently, Li’s venture investment returns are allocated to charity.)

Consider that rather remarkable anecdote yet another testament to the societal ramifications of the perpetual motion machine currently spinning at warp speed in the US tech sector. (Citing Li’s charitable contributions doesn’t change the fact that this kind of parabolic wealth creation has large societal consequences — obviously, these kinds of huge gains will affect decisions about how much to allocate to various causes.)

Another consequence of the price action seen recently in tech highfliers is that “old” tech (never mind old industries, which are now just footnotes in daily market summaries) is getting antiquated — at least according to the market. For example, Tuesday’s Zoom rally made the company more valuable than IBM.

Commenting on the gamma feedback loop, my buddy Kevin (mentioned above) called it “an extremely unstable situation”.

Of course, that doesn’t mean it can’t continue. “Could it rally higher? You betcha. The market is thin and emotion is running high”, he added.

You could say the exact same thing about the societal ramifications of all this. It’s “an extremely unstable situation”.

And while it could conceivably get even more unstable before it tips over, society’s patience is “thin and emotion is running high”.

7 comments on “Zoom, Gamma, And A Big Picture Read On ‘An Extremely Unstable Situation’”