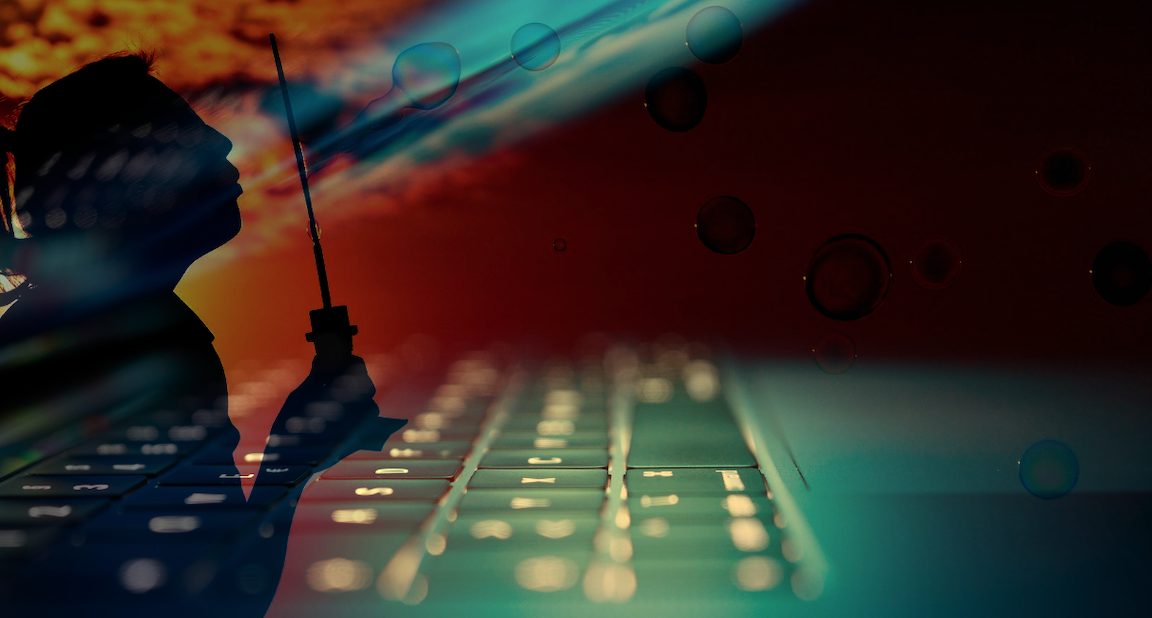 Monday was yet another session that found stocks rising alongside volatility, although the S&P ended marginally in the red. This has become something of a recurring feature in the late-August rally.

Last week, SocGen noted that although collapsing correlations between stocks helped suppress realized volatility at the index level, single-stock volatility is actually higher in the US than in Europe.

While briefly discussing those dynamics, I mentioned that implied volatility has been rising with stocks recently. For example, even as both the S&P and the Nasdaq 100 hit new records last week, both the VIX and VXN rose. On Monday, the Nasdaq logged still another fresh peak, while VXN was (again) higher.

Monday was thus the fourth session in the last seven that big-cap tech gained concurrent with an increase in the Cboe NDX Volatility Index. Last Wednesday stuck out in that regard. The Nasdaq 100 rose more than 2%, while VXN rose more than 10% on the session (in the figure above, the change in the VXN is on a net basis).

It’s felt, on any number of occasions this month, as though tech shares were “crashing up”, especially names that have become synonymous with what critics characterize as a dot-com-bubble-esque move higher in the likes of Tesla.

In a note dated August 27, Macro Risk Advisors’ Dean Curnutt touches on the above using a colorful spin on LTCM. Rather than a single giant portfolio, he posits a legion of 100,000 Schwab accounts (the MCTL, or, “Mighty Call Trading Legion”) all buying single contracts to capture assumed further upside in the tech highfliers.

If we assume these hordes of Joe E*Traders mostly skew (no pun intended) to near-dated paper on the same handful of tech names, we can explain some of the current market configuration, terrifyingly hilarious as it might be. Recall the following chart from Goldman that made the rounds recently:

Earlier this year, when memes centered around the Robinhood crowd were all the rage, the bank noted that retail investors were becoming “more active”.

One popular explanation was that the lack of professional sports (due to COVID-19) left a gambling void which was quickly filled by small-time speculation in markets. In late May, Goldman flagged a rise in the percentage of options volume from single-contract trades.

Coming back to the present, Curnutt says “it’s likely that the MCTL has the Street short plenty of upside gamma… result[ing] in extremely flat and sometimes upward sloping TSLA call skews”, adding that the “SUVU” regime (i.e., stocks up, vol up), makes for “a very challenging risk management environment for sell-side book runners”.

As to the juxtaposition between realized and implied discussed here last week, Curnutt notes that the premium on the latter has almost never been as high as it is currently (he uses 1-month realized on the S&P and the September VIX future).

“Everyone is trying to squeeze out some profit quickly, but the horizons are shrinking. There’s very little confidence beyond a month”, one strategist I spoke to on Monday afternoon remarked, flagging “poor visibility” and “too many nested contingencies”.

For Curnutt, there are signs of “speculative excess”. He notes, for instance, that while Tesla has quadrupled in 2020, two-month implied vol. has jumped markedly over the same period.

“Essentially, investors are saying that as these stocks rise, they do so with so much force that you want to stay long, but because the bottom could fall out, you have to use call options so that you only risk a defined premium”, he notes.

This comes with the usual caveat about speculative excess — things can (and very often do) get more “speculative” and more “excessive” before it all goes awry. Just ask 1999.

3 comments on “Stocks Up, Vol Up And ‘The Mighty Call Trading Legion’”