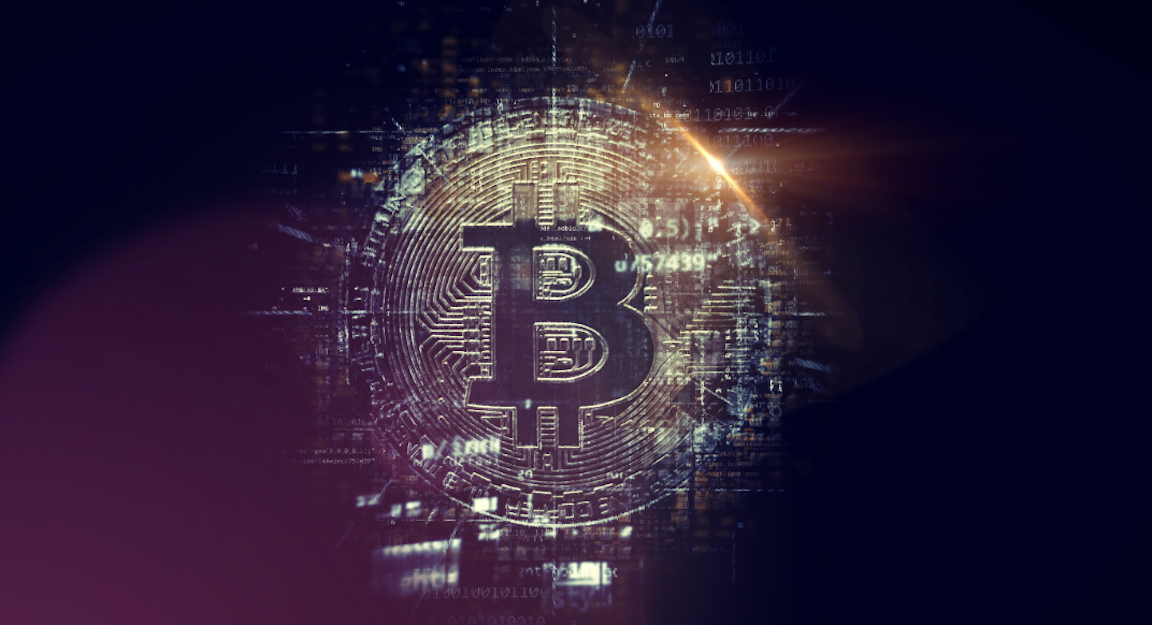 “Investors” are flocking to Bitcoin as fears of currency debasement grow.

Of course, you don’t need a narrative to explain the price action in Bitcoin. It’s not explainable in rational terms, if it’s explainable at all. At best, it’s a pure play on the greater fool theory: “I’ll buy it here, because someone will surely buy it higher.” Of course, not everyone who buys Bitcoin understands they’re participating in a greater fool theory-driven market, but they are.

Read more: Bitcoin Is Nothing

What’s got the crypto crowd excited this week? Well, for one thing, Bitcoin pushed back above $18,000 for the first time since the halcyon days of the mania.

But more than that, it’s surging even as gold falters. In fact, the Bitcoin to gold ratio is now the highest it’s been since early 2018, when the digital currency mania was in full effect.

Market participants have repeatedly cited gold’s rally in 2020 and Bitcoin’s concurrent surge as evidence that investors are looking to protect against currency debasement at a time when developed market economies are issuing mountains of debt to “fund” fiscal stimulus.

Other rationales for the ascent of gold and what some insist is “digital gold” don’t hold up as well. For example, their correlation with stocks over the summer didn’t support the haven appeal argument. Additionally, you’re reminded that US real rates plunged deeply into negative territory, eliminating the opportunity cost of holding “assets” (and I use that term very loosely when it comes to both gold and Bitcoin) with no internal rate of return.

Now, gold’s appeal is waning for a variety of reasons, including vaccine optimism and the prospect that, assuming Republicans don’t lose the Georgia runoffs in January, a GOP Senate will serve as a firewall against unchecked government spending in the US. At the same time, if hopes that a vaccine will restore a sense of normalcy to the global economy end up pushing Treasury yields higher, that too could sap demand for the yellow metal.

Holdings in the world’s largest gold ETF sat at a four-month low of 1,226.3 tons as of Tuesday. That’s the least since July 22. It shed 26 tons last week alone, which looks like the largest outflow since 2016 — by volume, anyway.

Generally speaking, market participants expect the dollar to fall in 2021. At least one sellside firm sees the greenback dropping as much as 20%. Goldman’s take is less dour, but captures the gist of the consensus story.

As ever, I would suggest that none of this is particularly relevant for Bitcoin. It doesn’t trade based on any rational narrative. The currency debasement thesis isn’t new. It’s not as if Bitcoin proponents weren’t making that case as vociferously a year ago (or two years ago) as they are now.

It’s true that wider acceptance has helped. “Corporate endorsements… appear to have propagated further demand for Bitcoin,” JPMorgan said, in a note out earlier this month, flagging what the bank called an “impressive” flow trajectory in October for the Grayscale Bitcoin Trust.

The contrast with gold ETF flows “lends support to the idea that some investors that previously invested in gold ETFs such as family offices, may be looking at Bitcoin as an alternative to gold,” the bank went on to suggest, before noting that momentum traders have “likely amplified the recent Bitcoin rally.”

Coming full circle, these belabored attempts to explain what is only explainable by reference to a non-asset that trades like precisely what is are almost painful to peruse. So, what is it? Well, that’s the thing. As discussed at length in the linked post above, Bitcoin is nothing. In a very literal sense.

Ray Dalio was diplomatic about it in a series of tweets this week. “My problems with Bitcoin being an effective currency are simple,” he said, adding that,

Bitcoin is not very good as a medium of exchange because you can’t buy much with it (I presume that’s because it’s too volatile for most merchants to use, but correct me if I’m wrong). It’s not very good as a store of wealth because it’s volatility is great and has little correlation with the prices of what I need to buy, so owning it doesn’t protect my buying power. And if it becomes successful enough to compete and be threatening enough to currencies that governments control, the governments will outlaw it and make it too dangerous to use.

“I might be missing something so I’d love to be corrected,” Dalio remarked.

Twitter was more than happy to oblige, but Dalio isn’t missing anything. He’s precisely correct.

Then again, Bridgewater’s flagship Pure Alpha II fund was down 18.6% through the beginning of this month. So in that sense, Ray is indeed “missing something.” Just not as it relates to the philosophical argument against Bitcoin.

13 comments on “With Bitcoin 10 Times More Precious Than Gold, Ray Dalio Wonders If He’s ‘Missing Something’”