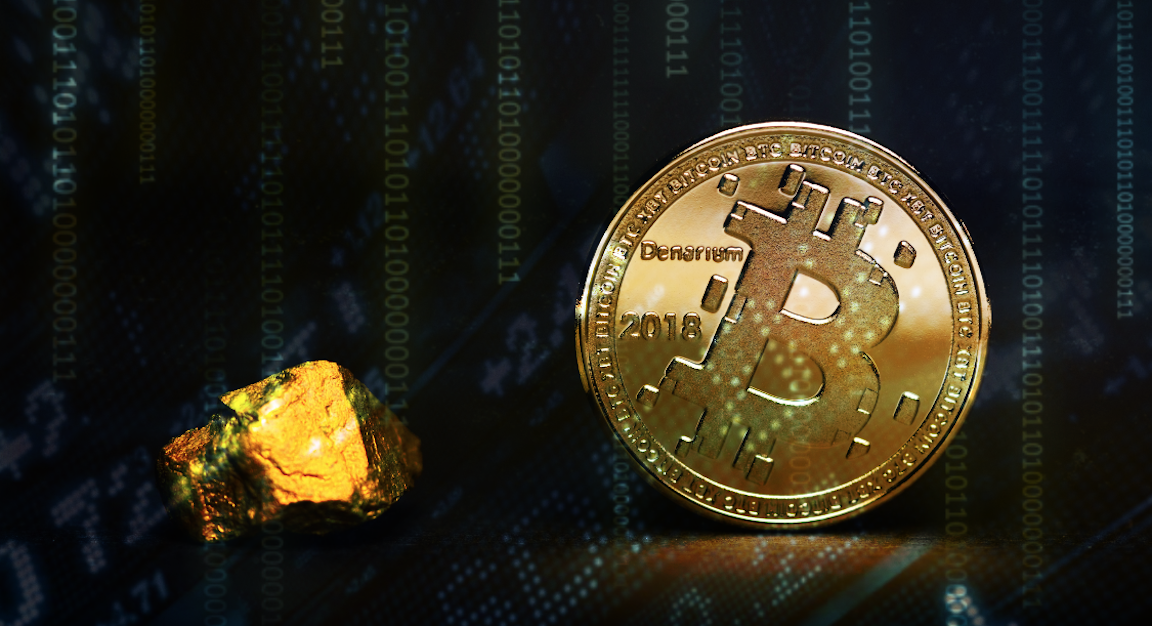 I always hesitate before putting digital pen to digital page if the subject is Bitcoin.

As long-time readers are apprised, I’m not a “believer,” as it were, in cryptocurrencies. As such, I’m not inclined to devote much time to “analyzing” them, despite the potential to generate lengthy (not to mention highly entertaining) discussions.

Or, actually, they would be different from contraband. And that’s a key distinction that seems to elude most analysts and cryptocurrency “experts” (whatever “experts” means in this context).

In almost all cases, contraband means physical goods. Try as you might, you cannot totally eliminate the “conversion” of physical goods into dollars (or any other currency). Or at least not as long as there’s robust demand for both the currency and the goods on offer.

For example, it is illegal in the US to “convert” cocaine into dollars. Because “convert” just means “sell.” And yet, cocaine is sold every, single day across the country. It is exchanged at a (somewhat stable) market rate for dollars. I’d wager it’s less volatile than Bitcoin, or at least when sold in bulk. There are many reasons why the “war on drugs” is a fool’s errand, but at a basic, philosophical level, the major impediment is simply this: Drugs exist in a physical form. Assuming there is a buyer and a seller, neither of whom has been detained prior to the moment of the transaction, the only way for the government to stop that transaction is to be there in person and intervene physically.

This is not the case with cryptocurrencies. Unlike illicit drugs, cryptocurrencies only exist in the digital realm. If a currency-issuing government makes it illegal for online platforms to convert a given cryptocurrency into, say, dollars, it’s not entirely clear what happens next.

Bitcoin advocates will tell you this is no problem. And they’ll generally be right as long as it’s still legal somewhere for someone to convert cryptocurrencies into a medium of exchange that is legal tender. But, in a hypothetical scenario where no conversion to any currency is allowed anywhere in the world, then it’s not clear where the demand for something like Bitcoin would come from.

You could argue that this begs the question — that in this scenario, Bitcoin would function like any other currency. So, for example, let’s say you’re selling beaver pelts, I’m selling plastic beads, and a third person is selling homemade hand soap. As long as all of us accept Bitcoin, then there’s no problem, assuming we can agree on a general framework for the relative value of these goods.

But in a world dominated by dollars, yen, euros, yuan, etc., this is unlikely to work, especially not at scale. At some point, even under the most optimistic scenarios for pricing goods in Bitcoin, someone isn’t going to want it, because in this hypothetical, it’s illegal to convert it into any of the currencies which i) dominate global trade and commerce, and ii) can be used to pay taxes.

Even if we can establish how many Bitcoin something like a cargo of crude is worth without reference to Bitcoin’s dollar conversion rate (which wouldn’t exist in this scenario), what is the seller of the crude cargo going to do with that much Bitcoin in a world where everyone doesn’t accept Bitcoin? They can buy a lot of beaver pelts from you, and a lot of plastic beads from me, and a lot of homemade hand soap from a third person, but what if they want to buy medicine from the US? Or semiconductors from Taiwan? Or wine from France? Or what if they want to pay taxes somewhere? The whole thing breaks down at that point. And because Bitcoin isn’t a physical good that’s desirable on its own (like cocaine), it becomes useless.

But it’s actually worse than that. Because there’s no conversion rate, it’s also meaningless. Riddle me this: If you have “a Bitcoin” and I won’t accept it as payment for the beaver pelts I’m selling and there’s no conversion rate that tells you how much your Bitcoin is worth in terms of currencies I will accept as payment, then what do you actually have? Nothing, that’s what.

That thought experiment should be enough to dissuade anyone from suggesting that Bitcoin (or any other cryptocurrency) is viable as anything other than a speculative bet. Bitcoin is a pure play on the greater fool theory. That’s all it is and that’s all it ever will be.

It isn’t tangible, it has no internal rate of return, and while there’s a sense in which stocks, bonds, money, and even corporations themselves, do not exist by comparison to, for example, rocks and rivers, Bitcoin doesn’t exist by comparison to anything other than an exchange rate. If the exchange (i.e., the implied conversion) is made illegal, Bitcoin no longer exists in any sense whatsoever.

And yet, people have an extremely hard time coming to terms with this reality, and so Bitcoin does exist, and as JPMorgan writes in a new note, the recent endorsement it received from PayPal “is another big step toward corporate support.” That, the bank suggests, could “facilitate and enhance Millennials’ usage of Bitcoin as an ‘alternative’ currency over time.”

When it comes to alternative currencies, the bank’s Nikolaos Panigirtzoglou writes that there’s “an important divergence between the behavior of the older versus younger cohorts of retail investors.” Naturally, older cohorts prefer gold, while younger investors prefer Bitcoin.

“Both gold and Bitcoin ETFs have been experiencing strong inflows this year, as both cohorts see the case for an ‘alternative’ currency,” Panigirtzoglou goes on to say.

Importantly, he writes that demand for gold and Bitcoin is not being driven primarily by safe haven flows or a desire to hedge against losses in risk assets. Indeed, gold’s summer ascent played out concurrently with the rally in stocks and credit. Those simultaneous rallies were predicated on the same assumptions about massive stimulus and central bank “money printing,” to use the gold crowd’s preferred pejorative.

Panigirtzoglou notes that this led to a positive correlation between Bitcoin and stocks and between stocks and gold. Here is one excerpt from the piece (dated Friday):

The simultaneous buying of US equities and Bitcoin by Millennials has increased the correlation between Bitcoin and S&P 500 since March, so it is more appropriate to characterize Bitcoin as a “risk” asset rather than “safe” asset, given its still very high 50%-60% volatility. To some extent, this is also true with gold. Gold’s correlation with the S&P 500 has been predominantly positive this year and its volatility at 20% is more similar to that of equities than currencies or bonds. In other words, both Bitcoin and gold could be more characterized as “risk” rather than “safe” assets based on their behavior this year. Investors’ preference for them is likely more of a reflection of a need for an “alternative” currency rather than a need for a “safe” asset or “hedge.”

For Panigirtzoglou, this suggests that “Bitcoin could compete more intensely with gold as an ‘alternative’ currency over the coming years given that Millennials will become over time a more important component of [the] investor universe.”

In addition to that demographics-based argument, he notes that “cryptocurrencies derive value not only because they serve as stores of wealth but also due to their utility as means of payment.” So, the more PayPal-type adoption you get, “the higher their utility and value,” he writes.

“The digital token spiked above $13,000 for the first time in over a year, touching off Twitter dance parties, new sky-high predictions and even some tattoo flashing,” Bloomberg’s Vildana Hajric wrote last week, describing the mood after the PayPal announcement. “Back are proclamations that crypto is the currency of the future, that the dollar’s days are numbered and blockchain will reorder the financial universe.”

Those “proclamations” may be “back,” but they are just as absurd now as they were previously. Hajric touches on this, noting that “for all the hype, there’s little evidence that Bitcoin and its digital brethren are any closer to displacing fiat currencies [because] the use case — what you can actually buy with Bitcoin — remains flimsy.”

Right. Also “flimsy” (to put it mildly) is the case for Bitcoin as a store of value.

As Goldman wrote last year, “a store of value is an asset that can be saved, stored, and exchanged in the future for a predictable stable value.” “Predictable” is the key word there.

Anyone who tells you they can “predict” what Bitcoin will be worth in five years is lying. Of course, you can say that about almost any asset, but with Bitcoin the range of possibilities is limitless. It could be worth $150,000 in 2025 or it could be worth zero. If something goes “wrong” (e.g., there are a series of high-profile hacks or governments decide to crack down due to tax evasion concerns) Bitcoin may not even exist within five years.

This is, for lack of a better way to describe it, a nonsense conversation. Bitcoin isn’t an “asset,” it isn’t a “currency,” and it isn’t a “store of value” either.

In fact, I have yet to encounter anyone who, when pressed, can tell me exactly what Bitcoin actually is. And I’ve asked quite a few people over the past three years, some of whom have a made a lot of money in Bitcoin (probably not nearly as much in percentage terms as the younger, energetic crypto crowd, but certainly more in absolute terms than a lot of those day-trading gunslingers).

That leads me to one inescapable conclusion: Bitcoin is nothing.

And what’s the value of nothing?

59 comments on “Bitcoin Is Nothing”