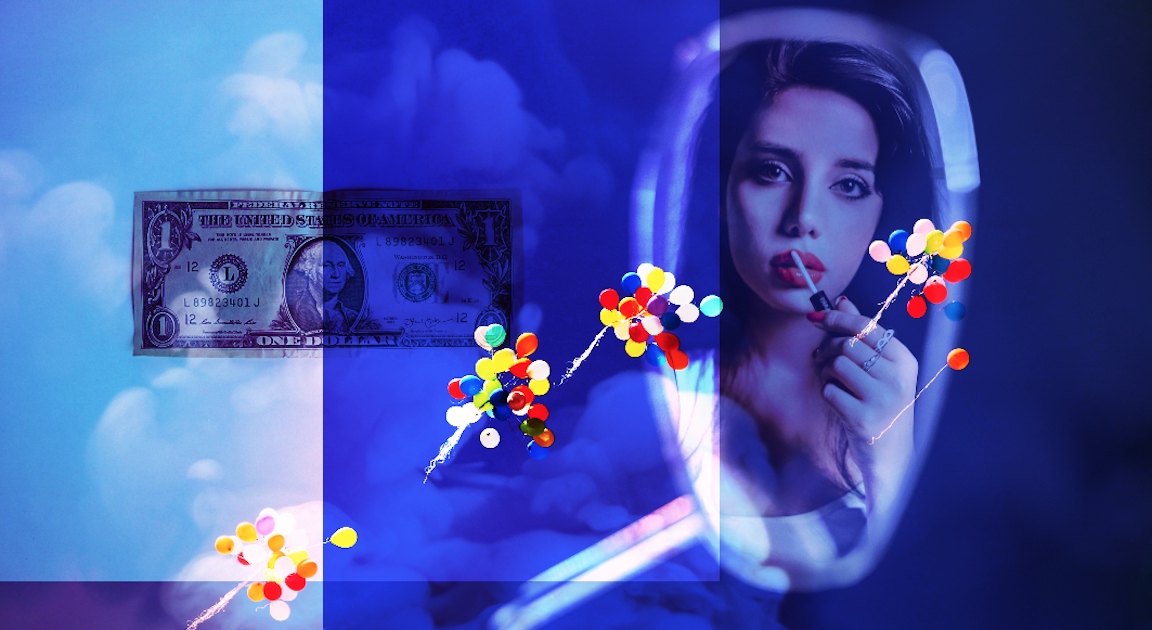 The immediate post-election trade was defined by a “blue fade“: Renewed enthusiasm for tech, no matter how rich the multiple, and a bid for duration that triggered a power flattening in the curve.

It was undeniable. At least for a day. Ambiguity crept in Thursday as Georgia appeared set for two Senate runoffs in January, effectively resurrecting “blue sweep” hopes in what some described as a “blue revival.”

Still, the Nasdaq 100 came into Friday looking for its best weekly gain of 2020. The index may fall short in that regard, but nevertheless, reduced odds of a capital gains tax hike, the prospect of a Republican firewall against more regulation, and the extra impetus from falling yields, made it a memorable week for tech.

It’s important to note that the necessity of keeping long-term borrowing costs low and facilitating loose financial conditions means the Fed will cap yields, and a less aggressive fiscal impulse (assuming the GOP holds the Senate) means growth will likely be slower. Supply-siders would dispute that, but the bottom line is that the US is a consumption-driven economy. The folks with the highest marginal propensity to consume are those who would benefit most from Democratic fiscal initiatives. If you stymie those initiatives (as Mitch McConnell invariably will), you shouldn’t be surprised if you end up with less robust growth outcomes.

All of that is bullish for bonds, and thereby for bond proxies and secular growth in equities land.

But even if prospective Georgia runoffs don’t produce a Democratic majority in the Senate, there’s still hope for a pro-cyclical rotation trade — if only on a tactical basis.

“Due to a number of permutations, there is now a chance that the sequencing of a bunch of ‘risk-on’ catalysts in [the] coming weeks could give the cyclical value/bear-steepener fresh life as a TACTICAL trade,” Nomura’s Charlie McElligott wrote Friday, citing “bullish Op-Ex cycle flows,” expected positive data from vaccine trials, the prospect of stimulus (even if slimmed down) in the lame duck session, seasonality that favors pro-cyclical expressions, and Joe Biden’s likely focus on infrastructure “out of the gates.”

Kevin Muir, formerly head of equity derivatives at RBC Dominion and better known for his exploits as “The Macro Tourist,” generally agrees.

“In the past two days since the ‘blue wave’ faded before reaching the shore, I have read all sorts of analysis how the reflation trade is dead in the water, and it’s time to give up on steepeners, commodity trades, and other inflation plays,” Kevin wrote, in a Thursday evening note to subscribers, on the way to saying “you can’t put the genie back in the bottle when it comes to politicians and spending.”

He went on to suggest that while “the GOP will extract their pound of flesh, it will mainly be in the form of stopping tax hikes along with some pet projects for their constituents.”

Based in part on that, Kevin said he’s adding to reflation trades on weakness, buying commodities, shorting the dollar, and, yes, adding to steepeners.

I suppose the only thing I would say is that while I’m not in a position to argue with Kevin when it comes to playing the steepener, what I’m confident I do have an edge on is US politics. While nothing is certain in life (besides truisms and tautologies), I can say with the closest thing to 100% certainty that if the GOP does hold the Senate, there will not be a single virus relief package with a price tag of $2 trillion or more.

Now, for some crucial nuance. That doesn’t mean there won’t be stimulus. And it doesn’t even mean there won’t be stimulus next month. And it certainly doesn’t mean that stimulus, over the life of a Joe Biden presidency, won’t total $2 trillion or even much more. What I’m saying (all I’m saying) is that there is no chance (none) of a GOP-controlled Senate under Mitch McConnell green-lighting the $2.2 trillion stimulus package that Nancy Pelosi pitched last month. It won’t happen. If it gets done, it will be in pieces with all manner of stipulations and GOP contingencies (e.g., blanket protection for employers from COVID litigation).

But, to McElligott’s point, you don’t need a $2.2 trillion “all at once” stimulus package for the pro-cyclical trade to work. Especially not if you’re playing it for a tactical bounce.

“Despite my advocacy of duration/flatteners/equities momentum and growth of late on the election variables, a tactical steepener or curve cap trade can still work [if] you get [a] stimulus deal compromise from McConnell in December, albeit smaller,” Charlie said Friday, adding that “this rationale then picks up some steam” when you take into account expected vaccine news, “supportive mid-month Op-Ex Vanna flow and ‘risk-on’ pro-cyclical seasonality into year-end.”

I should note, as a quick aside, that McElligott suggested election hedges in duration, flatteners, and equities momentum might be prudent when the “blue sweep” narrative became “too” consensus late last month. That was a helluva call.

All of this comes with the caveat that you’re still contending with an aggressive second wave of the virus and also with a Fed that pretty clearly telegraphed a willingness to pull the trigger on WAM extension and additional asset purchases in the event the fiscal impulse proves insufficient. Both of those things (the virus and the Fed’s assumed next move) would ostensibly work against any pro-cyclical rotation via a renewed flattener.

That speaks to the notion that any pivot back in the direction of cyclical value could be limited, good for little more than a “tactical” trade. Unless, of course, Georgia does end up in two runoffs which then flip the Senate. “Then a ‘blue wave’ would be back outright and this trade would be directional/hard delta again,” McElligott said, with the obvious caveat that such an outcome isn’t the most likely.

As for Kevin, he’s still in Stan Druckenmiller’s camp when it comes to QE, where that just means that those assuming it will be bullish for bonds could be wrong. Remember, one of the paradoxes of QE post-financial crisis is the juxtaposition between when asset purchases were being made and when yields fell.

Certainly, the Fed has “room” to expand the balance sheet based on a comparison with its global counterparts. The chart below is from Kevin, and the only slight nitpick I’d venture is that the SNB is something of a different animal — I’m not sure it’s comparable.

“At the margin, a divided government decreases the chances that fiscal will do the majority of the heavy lifting, so if anything, the odds of more QE have increased over the past few days,” Kevin wrote Thursday evening. “You might think that’s bond friendly, but I’m in Stanley Druckenmiller’s camp on that one – it is anything but.”

For Kevin, that means being more USD bearish and more confident in steepeners. He also says it makes him “love the precious little yellow fella (gold), all the more.”

11 comments on “Kevin Muir, Nomura’s McElligott On Why The Reflation Trade Might Not Be Dead Just Yet”