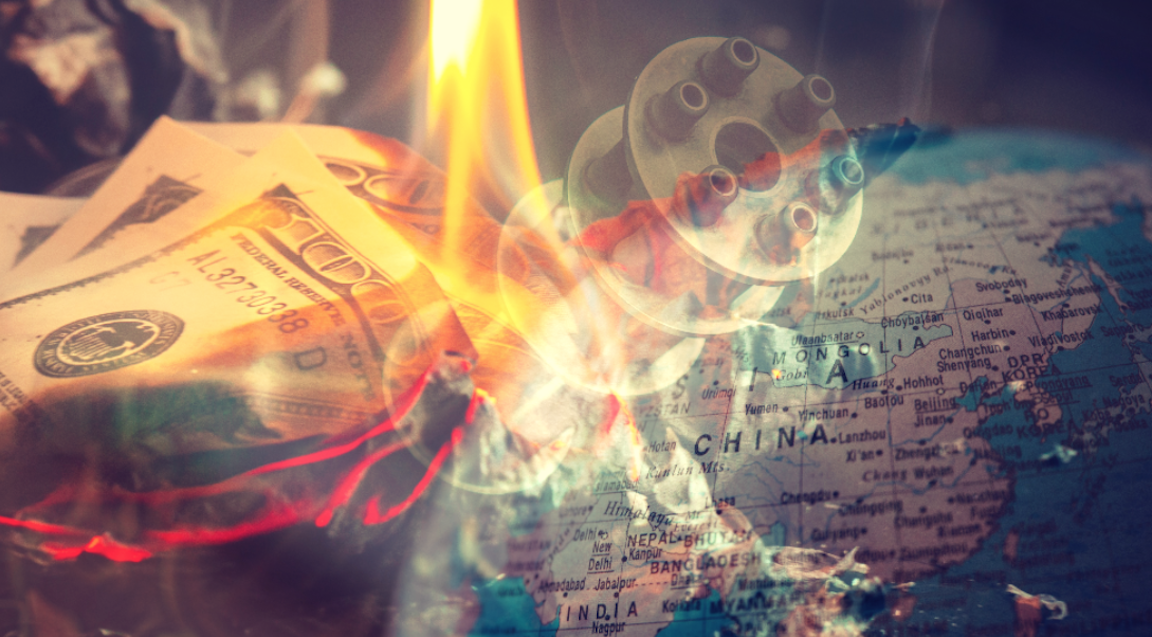 On a day when ominous headlines around new COVID-19 restrictions in Europe were front and center for market participants, Beijing served up a reminder that geopolitical tensions have not abated.

China is set to sanction Boeing, Lockheed Martin, and Raytheon in retaliation for Washington’s ongoing dialogue with Taiwan and, specifically, the approval of $1.8 billion in additional arms sales to the island.

This is becoming an extremely vexing issue for Beijing. Frankly, the Trump administration seems keen to exacerbate the situation despite what I would characterize as limited upside. Earlier this year, China threatened largely symbolic sanctions on Lockheed for arms dealing with Taiwan.

China’s Foreign ministry didn’t specify exactly what the new measures might entail, saying only that sanctions against Boeing’s defense division as well as Lockheed and Raytheon are necessary “in order to uphold national interests.”

US lawmakers are poised to clear the sale of $1 billion in Boeing missiles, nearly a half billion in Lockheed mobile artillery units, and $367 million in Raytheon reconnaissance equipment to Taiwan just two months after the US sold the island dozens of aircraft.

Again, it’s not totally clear that the geopolitical upside to these sales outweighs the downside. The US is playing democracy cop in Hong Kong and Taiwan, and while that is certainly not a new role for America, the capacity to project power is limited by i) Xi’s ability to take unilateral action against purported “threats” to national security (as he did in Hong Kong earlier this year) and ii) the PLA’s strength and operational capabilities.

US pressure did not deter Xi’s crackdown on unrest in Hong Kong, and the prospect of an armed conflict with the PLA on China’s doorstep is simply unthinkable, which means there’s only so far the US can push the issue (any issue).

Meanwhile, the threat to American corporates from retaliatory action by Beijing is real. Since the Huawei blacklisting in May of 2019, China has repeatedly threatened to release a so-called “unreliable entities” list. While that list hasn’t been formally unveiled, it does seem to exist somewhere in the bowels of the Politburo.

While Xi is likely to wait out Trump and let the US political process run its course before taking any additional actions that might rattle markets or otherwise upend the world at a delicate juncture, headlines like “China sanctions Boeing” cause extreme indigestion for executives at, for example, FedEx, Apple, Honeywell, and a laundry list of other US corporates that have variously found themselves in Beijing’s crosshairs.

For Boeing, this is just one more problem as the company looks to move beyond the 737 Max debacle and navigate choppy waters around a tariff dispute between the US and the EU. China has a very large 737 Max fleet and was first to ground the plane following the infamous Ethiopia crash.

In a Monday statement, Boeing remarked that it’s “worked together successfully with the aviation community in China” for nearly a half century. “It’s been a partnership with long-term benefits and one that Boeing remains committed to,” the company said.