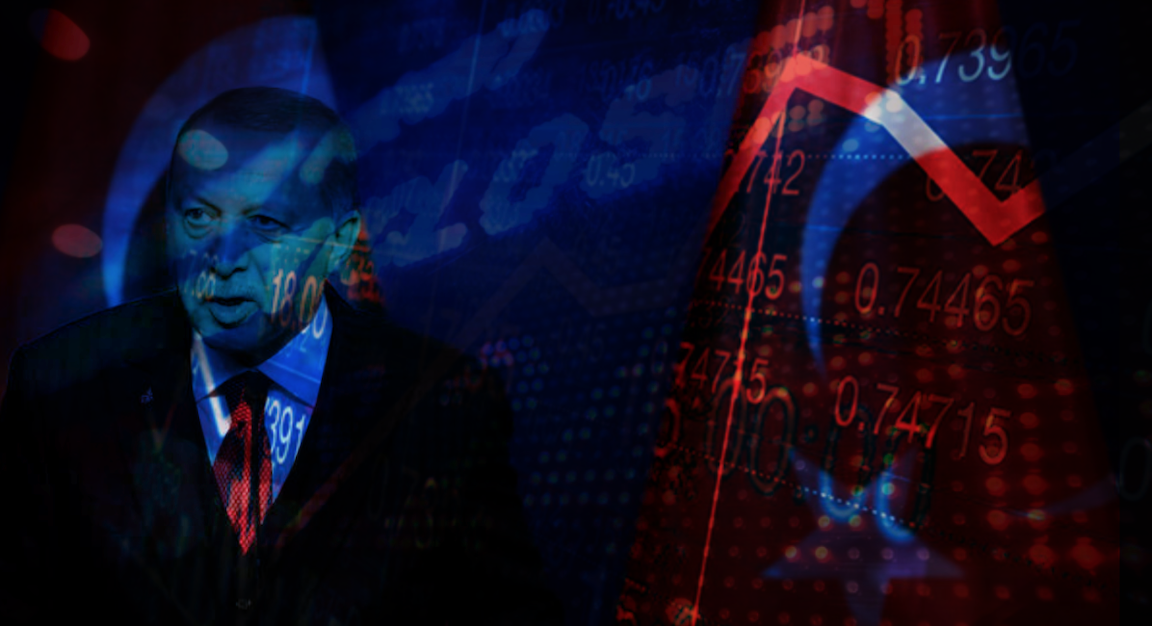 The Turkish lira came into the week besieged. And by that, I mean it’s riding the longest losing streak since 1999.

I talked briefly about this on Friday afternoon, as it didn’t take an FX strategist to suspect it might get worse.

Long story short, the central bank decided to eschew another rate hike, opting instead for a corridor tweak, recalling previous manifestations of weak-willed attempts on the part of CBT to arrest currency depreciation without getting arrested.

That’s a joke, but you can take it (almost) literally. Murat Uysal (who replaced Murat Cetinkaya more than a year ago after Cetinkaya failed to slash rates fast enough to appease a perpetually impatient Recep Tayyip Erdogan) delivered a total of 1,575 bps worth of easing during his first 14 months as CBT chief.

The furious pace of rate cuts was meant to pacify Erdogan, who last year vowed to bring rates down into the single-digits. Not pacifying Erdogan risks being publicly rebuked, fired, or, depending on the circumstances, the issue at stake, and the personnel involved, thrown in jail.

Last month, Uysal delivered a larger-than-expected rate hike (a real one, not just tinkering around the edges) prompting EM strategists everywhere to adopt the customary cautious optimism on the currency, which was on the verge of careening into another one of its regularly scheduled crises.

Had CBT followed up on that with another hike this month, it might have instilled some confidence. Instead, they resorted to Band-Aid measures which invariably collided with confrontational rhetoric out of Erdogan around the ongoing S-400 dispute with the US.

“Whatever your sanctions are, don’t hesitate to apply them,” Erdogan said over the weekend. “You told us to send back the S-400s. We are not a tribal state, we are Turkey.”

Yes, you are. Or actually, that’s debatable these days. You’re actually an autocratic fiefdom run by a power-obsessed authoritarian who long ago lost touch with reality on the way to becoming a caricature of himself.

On Friday, the US condemned Turkey for testing the Russian-made missile systems, warning Ankara that Erdogan is chancing “serious consequences.”

That’s hardly the only trouble Erdogan is busy stirring up. He’s also furious with Emmanuel Macron for comments on “Islamist separatism” in France. Obviously, the recent beheading of a French teacher didn’t help matters.

“What is the problem of this person called ‘Macron’ with Muslims and Islam?,” Erdogan wondered aloud, before suggesting the French president “needs treatment on a mental level.”

That prompted France to recall its ambassador over the weekend. Macron’s office also derided what it characterized as Turkey’s “dangerous adventures in the Mediterranean.”

And it just goes on, and on, and on. No sooner had Turkey and Greece canceled war games in a bid to deescalate a simmering maritime feud than Erdogan decided Sunday to conduct a seismic survey in disputed waters.

Given all of this, you can understand why the market might be concerned about the lira, which plunged as much as 1.6% Monday, depreciating through an 8-handle in the process.

“The market is seriously concerned that if former VP Joe Biden wins on November 3, the US will penalize Turkey for purchasing the Russian S-400 air defense system,” Rabobank’s Piotr Matys said.

Matys went on to gently suggest that CBT “may have miscalculated [the] market’s tolerance for conducting an unorthodox policy based on using an interest corridor to manage liquidity.”

Yes, maybe! He continued: “The CBT may seriously consider an emergency rate hike to stem the lira’s rout, especially if on this occasion opinion polls prove to be correct and Biden wins.”

Those steeped in the recent history of Erdogan’s relationship with the US might recall that he personally appealed to Biden to intervene in the Reza Zarrab case during the Obama administration. Additionally, Erdogan once told Biden that Preet Bharara was “a Gulenist tool” and reportedly demanded Biden fire Bharara.

Of course, Bharara was ultimately fired. Only not by Biden. But rather by Donald Trump.