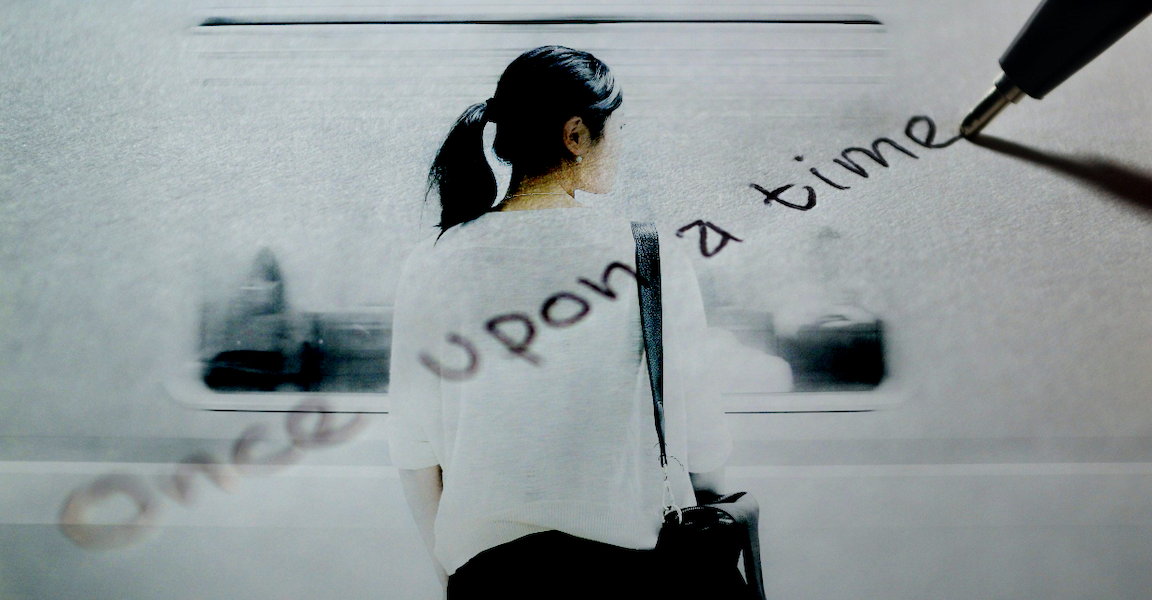 Which is why he backfit two of them on Friday.

Among the factors El-Erian cited for this week’s upside move in US equities (the largest since July) were TINA and FOMO, a pair of familiar acronyms. “There is no alternative” and “fear of missing out” are, of course, narratives themselves. The former neatly encapsulates a story about the attractiveness of stocks in a low-yield world and the latter is just shorthand for a behavioral phenomenon that feeds on itself as investors become convinced that the greater fool theory applies (i.e., “Valuations are stretched, but someone will buy it from me at an even loftier multiple”).

El-Erian’s implicit criticism of those who framed this week’s cross-asset price action as a struggle to decipher ongoing political jostling and fiscal stimulus headlines, is just wrong. There is no question (none) that stocks were propelled higher this week by fiscal stimulus banter and expectations of more government spending post-election.

One look at the simple, annotated figure (below) is all you need to understand as much.

The entire push higher from the knee-jerk lows touched on Tuesday afternoon following Donald Trump’s abrupt decision to cancel fiscal stimulus negotiations was accompanied by an incessant barrage of virus relief headlines, each one offering incremental evidence to support the notion that while Mitch McConnell is reluctant, Steve Mnuchin and Nancy Pelosi are keen on a deal, and so is Trump.

By Friday, Mnuchin had raised his offer to Pelosi and Trump was calling for more spending than Democrats (of course, he’s just trying to get reelected at this point, so you can take his remarks with an even larger grain of salt than usual).

Alongside this “narrative,” market participants continued to price in a “blue wave.” While looming supply was a factor in Monday’s long-end selloff, the fact is, polls and betting markets increasingly see a Democratic sweep and that’s feeding expectations for bigger deficit spending and more borrowing going forward.

If that ends up fostering a more reflationary environment, it could pull forward Fed normalization. In the near-term, longer odds for Trump could also pull forward volatility as the president’s behavior becomes more erratic (read: desperate).

A new survey from Evercore ISI shows 55% of market participants responded “within a week” when asked when they expect clarity on the winner of the election. That’s up from 45% on September 25.

When you add the respondents who said they expect clarity on election night, the total percentage expecting to know the winner with a reasonable degree of certainty within a week of the vote was 76% on Friday, up 13 percentage points from late last month.

That’s a reflection of both the polls and betting markets. Biden’s odds in the latter were near 65% Friday.

“The potential for a more significant breakout [in Treasury yields] will be limited by the proximity to the election, even if the increasing odds of a blue sweep have resulted in such an eventuality becoming effectively consensus at this point,” BMO’s Ian Lyngen, Jon Hill, and Benjamin Jeffery wrote.

That’s another way of saying that while pre-election uncertainty keeps a safe-haven bid under Treasurys, a selloff is seen as inevitable in the event a Democratic sweep pans out and Trump accepts the results. Of course, if Trump doesn’t accept the results, the Treasury market will find itself torn between a flight to safety (bullish) and the prospect of a science fiction outcome wherein Trump seizes power, with who knows what implications for obligations (or “interest-bearing dollars” if you like an MMT lens) issued by the government he would preside over in some kind of weird, authoritarian-democratic hybrid state.

“Bear-steepening driven by US rates has gained traction since late September. US election polls indicate a growing spread between Biden and Trump, implying less danger of a contested US election and growing chances of a Democratic sweep,” SocGen’s Subadra Rajappa said. “There is still some hope for a fiscal stimulus deal before the election [but] if not now, it will come later, most likely in early 2021,” she added.

“While the calls are starting to sound a bit like a broken record, stocks continue to surge as investors give US lawmakers the benefit of the doubt while recognizing that regardless of who wins the election, the first order of business will be the passage of a hefty fiscal package,” AxiCorp’s Stephen Innes remarked on Saturday.

When it comes to stocks, BMO’s rates team summed it up very effectively. Assuming a Democratic sweep, “the price action in risk assets is made all the more impressive [because] a win by the Democrats [is] typically associated with policy and tax changes that don’t benefit the business community,” they wrote, before noting that “the steady equity performance emphasizes the importance of election clarity over outcome.”

That’s the correct narrative. Whether or not the polls and betting odds can be trusted is, of course, an entirely different matter. To let Trump tell it, he’s actually ahead of Biden in the “real” polls.

Some might suggest those polls only exist in the president’s mind, but folks said the same thing four years ago and we all know how that turned out. Sometimes the stories we tell ourselves end up coming true.

7 comments on “The Stories We Tell Ourselves”