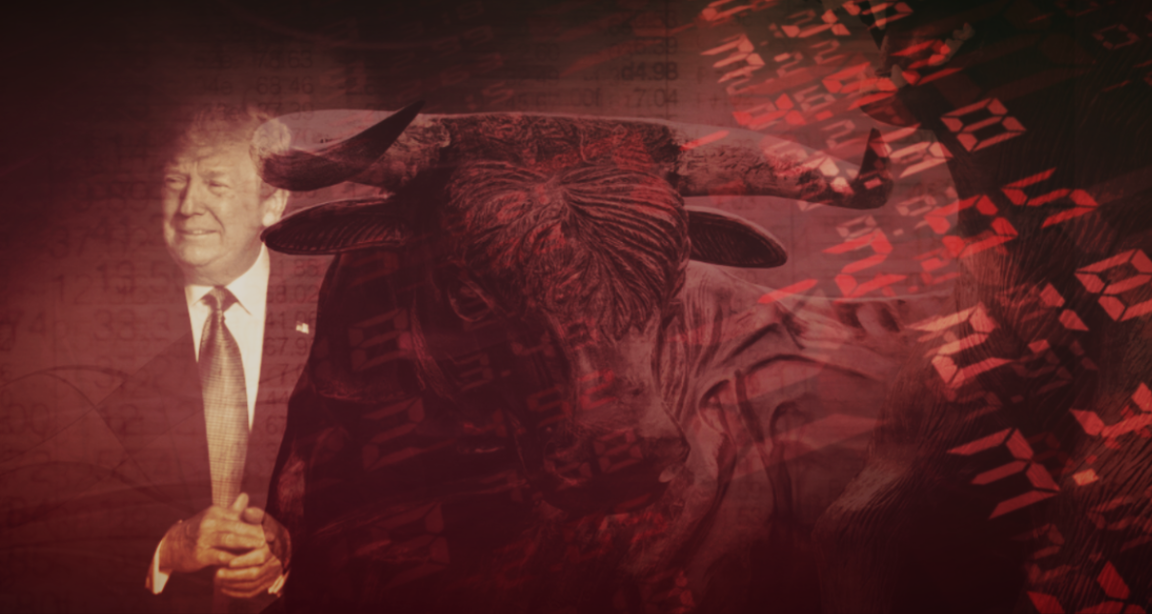 Less than 72 hours after declaring, in a series of irritated tweets, that stimulus talks between The White House and Democrats were dead, Donald Trump offered to throw his support behind a $1.8 trillion spending package.

The new proposal, to be communicated to Nancy Pelosi by Steve Mnuchin on Friday afternoon, marks the culmination of what can very fairly be described as an absurd, if welcome, about-face from the president.

Trump began backtracking almost immediately on Tuesday evening after his abrupt decision to cancel negotiations pushed US equities sharply lower. Airlines have already begun cutting tens of thousands of jobs pending fresh aid and small businesses are struggling across the country. Signs that the recovery is losing momentum are everywhere, from the labor market data to the latest spending and income figures.

“COVID Relief Negotiations are moving along. Go Big!,” Trump exclaimed, in a Friday tweet that coincided with comments from Larry Kudlow, who told Fox the president had cleared what he described as a “relatively broad-based deal.”

On Thursday, during one of two interviews with Fox, Trump explained his seemingly incoherent approach to another relief bill. “I shut down talks two days ago because they weren’t working out,” he claimed. “Now they are starting to work out.”

Some believe the president was acting irrationally on Tuesday due in part to side effects from his COVID-19 treatments, some of which he described as a “cure” on Friday. It clearly occurred to Trump that this particular gamble wasn’t likely to turn out well. Tuesday afternoon’s tweets effectively served as pink slips for tens of thousands of airline workers. It also no doubt dawned on the president that breaking off talks with Pelosi meant no checks with his signature on them prior to the election.

And, so, here we are headed into the weekend with the “art of the deal” manifesting in Trump raising his offer.

The $1.8 trillion figure is roughly $200 billion more than Mnuchin’s previous overture to Pelosi, delivered (and rejected) last week. Democrats have already passed a slimmed down version of the HEROES Act in the House worth $2.2 trillion.

The new offer from Mnuchin leaves the two sides $400 billion apart. While that gap is probably bridgeable, the problem will be convincing recalcitrant Senate Republicans to support any additional spending, let alone $1.8 trillion.

“[A] big portion of GOP senators think enough has been done on aid,” Mitch McConnell said Thursday, during an event in Kentucky. Last month, McConnell was barely able to marshal support for a $650 billion proposal. Trump’s new offer to Pelosi is almost three times that.

Apparently, Mnuchin’s latest bid to pacify Democrats includes expanded help for children. “The president has approved a revised package. He would like to do a deal,” Kudlow remarked.

Pelosi is circumspect, for good reason. “The devil and the angels are in the details,” she said.