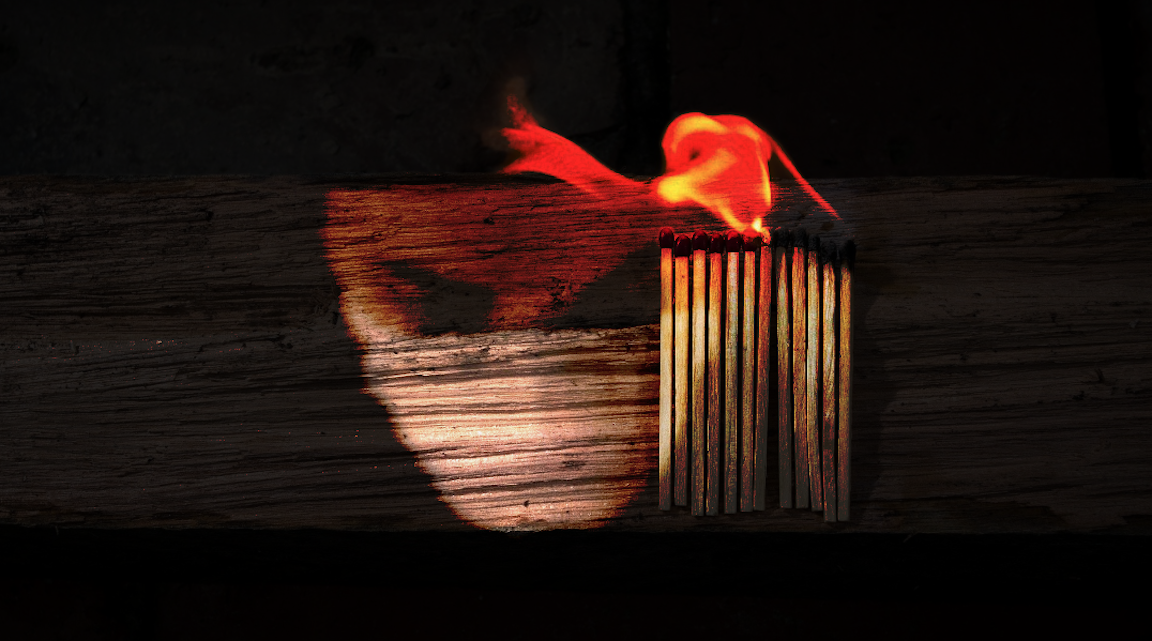 If it’s more evidence of the market’s growing conviction around a changing of the guard in D.C. you seek, you might have a look at the ruble.

While it’s plausible to suggest the Kremlin hasn’t managed to extract all of the geopolitical benefits Russia imagined may accrue from a Donald Trump presidency, a normalization of America’s ties with key European allies would be unequivocally negative for Vladimir Putin, for a variety of obvious reasons that I assume needn’t be enumerated here.

One way to visualize this is the reversal of a “Trump trade” from 2016 — buying the ruble and selling the Mexican peso.

As Bloomberg noted this week, nothing happens in a vacuum, so you can’t simply attribute every twist and turn in a currency pair to politics. Rates matter and, in this case, so do energy prices. Still, the Trump factor is clearly in play.

PredictIt sent a Democratic sweep mailer to “traders” on Friday (“traders” in this case just means people betting with the site). It reads as follows:

And with the next debate — and for that matter, the final debate — in major doubt, the president and Republican party could be courting political disaster.

The markets are currently predicting a blue wave with the Senate (68¢) and House (90¢) both expected to go in the Democrats’ favor. The Electoral College map appears to be a landslide in the making with Biden projected to win 335 votes to Trump’s 203.

One concern (if that’s the right word) is that this situation could pull forward some of the volatility markets were expecting after the election. That is, if it becomes clear to The White House that a landslide is all but inevitable and that contesting the outcome will be commensurately less feasible as a means of staying in power, the president’s behavior could become even more erratic (assuming that’s possible) over the next several weeks.

Certainly, Trump’s rhetoric this week around fiscal stimulus qualified as “erratic.” The president went from calling off negotiations on Tuesday to backing an unspecified headline figure that he described as “bigger than frankly either the Democrats or Republicans are offering” by Friday, in a dizzying about-face that whipsawed markets. Ultimately stocks closed with the best weekly gain since late June/early July.

“Financial markets are beginning to converge towards the polls which in turn are moving closer towards a blue sweep,” Deutsche Bank’s Aleksandar Kocic said this week, noting that the result may be “less event premium associated with a contested election and/or disorderly transfer of power.”

And yet, the longer the president’s odds, the greater the chances of desperate maneuvers. We’ve seen some of that over the last few days, with Trump calling for William Barr to indict political rivals, something even this attorney general reportedly is not prepared to do, especially not with three weeks to go until the vote.

“President Trump is… at odds with Barr over the status of the Justice Department’s investigation into the origin of the Russia probe, with the president increasingly critical about a lack of arrests and Barr frustrated by Trump’s public pronouncements about the case, according to people familiar with the matter,” the Associated Press said Friday.

“Unless Bill Barr indicts these people for crimes… then we’ll get little satisfaction, unless I win,” Trump told Fox Thursday. “I say, Bill, we’ve got plenty, you don’t need anymore.”

And so on. You really don’t want to see that kind of thing in a democracy — the executive imploring the nation’s top law enforcement official to start arresting people in a bid to reverse declining poll numbers.

“While [a Democratic sweep] might imply less post-election risk, it increases the likelihood of a turbulent pre-election period,” Deutsche’s Kocic went on to say. He flagged risk premium getting front-loaded in rates earlier this week, with 1M options seeing a 20+bp premium on Monday, for example.

Kocic also listed everything that’s happened over the last week or so before gingerly noting that “there are so many things that could go wrong in the next month.”

In an interview with Mark Levin on Friday evening, Trump said the “real polls” show he’s leading Biden. The president plans to hold an event on the The White House lawn Saturday. It will include “hundreds” of people, according to The New York Times.

5 comments on “‘So Many Things Could Go Wrong’”