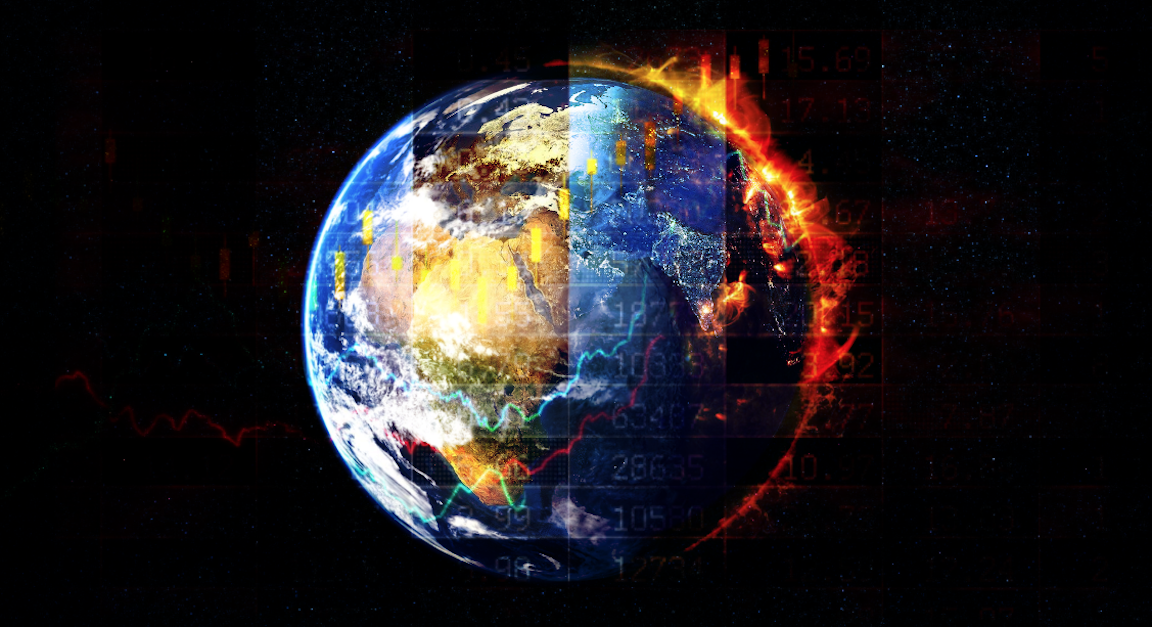 “If the US presidential debate had, in election night fashion, flashed up a picture of the smiling candidate who was seen as having won, it would have been Vladimir Putin, that critic of decadent and decaying liberalism”, Rabobank’s Michael Every chided on Wednesday, lampooning what, by all accounts, was a disastrous spectacle for American democracy.

If you’re wondering who American believes “won” what cannot properly be described as a “debate”, the answer is depends on who you ask. One person who definitely lost, though, is Lady Liberty, who, if she could, would have climbed down from her pedestal and sat head in hands weeping, perhaps despondently waving a few ships past between sobs. (“Come on in if you want, but I don’t recommend it”.)

“If last night’s Presidential debate was supposed to inform and educate, all it did was merely confirm the credibility deficit in US politics, as Trump and Biden engaged in what can only be described as a fact-free name-calling contest”, Michael Hewson, chief analyst at CMC Markets UK, remarked.

Although US equity futures moved higher during the debate, they later faded, perhaps as it occurred to market participants that Donald Trump’s response to a question about how he and his supporters would behave following an adverse result hinted at conflict. US stocks had a nice cash session into month-end, but it’s hard to read too much into it.

The president advised “The Proud Boys”, a far-right extremist group, to “stand back” but “stand by”, and also encouraged supporters to monitor polling stations. “Many people on social media who identify with the group echoed that language, saying they were ‘standing down and standing by'”, NBC notes, adding that “one known social media account for the group made ‘Stand back. Stand by’ part of its new logo”.

Trump also warned Wallace (and, implicitly, America) that “this is not going to end well”.

But it wasn’t just the debate markets had to contend with on Wednesday. The WTO is poised to greenlight EU tariffs on billions in US goods in a parallel dispute to the Airbus case the US won last year. Under the ruling, Brussels would be authorized to hit some $4 billion in US exports with levies in connection with illegal US government assistance to Boeing.

The WTO’s 2019 decision in the Airbus matter (which paved the way for Trump to impose duties on $7.5 billion in EU goods) was the largest arbitration award in WTO history and came despite Trump’s repeated claims that the organization is “always f—ing” America. The USTR promptly announced its intention to tax everything from French wine to cheese to whisky to olives, pork, butter, and yogurt.

Europe made it clear they would retaliate this year once the parallel dispute was adjudicated. Brussels has repeatedly warned the Trump administration about a European response. The WTO’s ruling against state assistance for Boeing would rank among the largest awards ever.

It’s possible the EU will wait until after the election to move ahead with the levies, but Brussels could plausibly pull the trigger, irritating Trump and chancing a spiraling trade dispute.

Late last month, Bob Lighthizer announced what the US billed as a kind of mini trade deal with Europe, which included the lifting of tariffs on Maine lobster. In addition to being a rather transparent attempt to prop up Susan Collins’s flagging poll numbers, it was a microcosm of the broader trade war — unrealistic promises followed by fraught bilateral discussions which eventually yield very little in the way of results, especially by comparison to the uncertainty the frictions created along the way.

In June, Lighthizer threatened to deploy ongoing “carousel” tariffs, an especially pernicious strategy that involves changing what categories of products are subject to duties. Trump has, of course, variously threatened to impose punishing levies on European cars, and at one point nearly lost his patience with Emmanuel Macron over France’s digital tax.

Meanwhile, China is preparing an antitrust investigation into Google. That’s according to sources who spoke to Reuters. Beijing is “looking into allegations [the company] has leveraged the dominance of its Android mobile operating system to stifle competition”, Reuters says, adding that the case was proposed by Huawei. “A decision on whether to proceed with a formal investigation may come as soon as October”, the article reads, noting that the state of bilateral relations between the US and China may play a role in Xi’s decision on whether to pursue the matter.

This potentially means Google could face antitrust proceeds both at home (from William Barr) and in China. The news follows Trump’s efforts to deal Huawei a veritable death blow and amid a crackdown on China’s biggest chipmaker. There is still no definitive word on the TikTok-Oracle tie-up, which Beijing recently decried as tantamount to extortion.

Speaking of the TikTok deal, Keith Krach, State’s under secretary for growth, energy, and the environment, spoke to Bloomberg TV on Wednesday about a court injunction blocking Trump’s proposed ban on the app.

When asked if Trump may have stepped over the line, Krach said “it’s great that we have three branches of government that have checks to power so we don’t end up with a life-long dictator like President Xi”.

Presumably, Krach made the remarks without so much as a hint of irony to account for recent events.