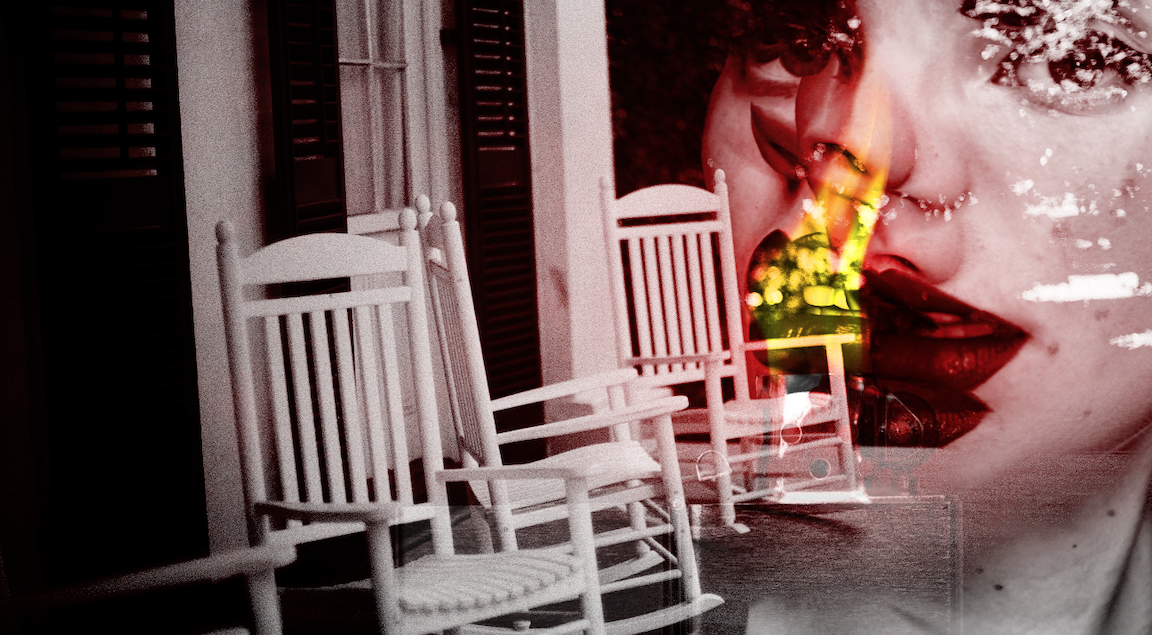 On Tuesday, after a half hour search finally turned up my missing envelopes (in the kitchen drawer, of course), I slung my Citynews messenger and took a stroll down to the post office.

It’s cool here now. There were days last month when walking any distance was an intolerably sweltering slog. If past is precedent, there won’t be many more scorching days this year — October here tends to bring temperatures so agreeable to the human condition that being outside is experiential perfection.

On the way, I passed the local gun shop. Terry, the owner, had affixed a large sign to the window. “No ammunition sales without the purchase of a firearm”, it read. He was outside, in his rocking chair. As always, it was the uncharacteristically affable German Shepherd that greeted me first, tongue forward and deliriously elated, as though I hadn’t just seen her on the beach barely 24 hours previous.

“How does a gun shop run out of ammo?”, I joked, bending down to acknowledge the dog.

“Gunsmith“, Terry reminded me. That distinction is important to him. Terry is a craftsman, not a shopkeep, he’ll assure you. I find the nuance humorously quaint, but I eventually learned that failing to acknowledge it risks literally hurting his feelings, so I try to be accommodating.

“Shortage. Why? You out?” (He knows better — I don’t hunt and I don’t shoot for pleasure.)

“No. But I really am curious.”

Fuel on the fire

Crazy times, indeed. The locals aren’t much interested in what Wall Street thinks, and most of my neighbors still don’t know what I do or what I did previously, despite my having told them dozens of times.

But, if they were inclined to engage in something more than idle, island small talk, they’d be interested to know that consensus among market participants seems to be coalescing around the view that a disputed election outcome is a virtual certainty. Not only that, one gets the sense that a contested result is actually the “best case”, with the more adverse, tail risk scenario defined by acute, widespread societal unrest.

Goldman recently flagged “the potential for an extended period of post-election uncertainty”.

“Option markets have gradually been shifting risk premium from 4-Nov to later in November and beyond. The market now shows an extended period of high volatility well beyond Election Day”, the bank’s Rocky Fishman wrote late last week. “This likely reflects the potential for election results to be finalized with a delay, the potential for an extended equity market reaction to what is currently a competitive race, and the potential for vaccine news around the same time”.

Earlier this month, Deutsche Bank’s Aleksandar Kocic wrote that “there’s no point invoking the past – when elections were calm and transfer of power orderly — because there is nothing useful we can learn from it, except only to agree with the obvious that this time the story is completely different”.

The passing of Ruth Bader Ginsburg raised the stakes even higher for what was already expected to be an epoch-making election.

Democratic donors broke fundraising records… after Justice Ginsburg’s death. As such, we think this might do more to invigorate enthusiasm for Biden than for Trump. At the same time, we think there will be a boost for the conservative movement (Evangelicals in particular and to some extent, undecided voters in the suburbs). If Trump is able to install a conservative, he would cement a 6-3 conservative majority on the court.

This throws a wrench into the election process and would likely tilt the odds in favor of President Trump. If a vote is not held and RBG is not replaced prior to the election, it leaves the risk of a Supreme Court outcome against Biden. If a vote is held and RBG is replaced, the balance of risks would probably tilt in favor of President Trump in a contested election with a 5-4 or 6-3 outcome. Democrats would need to convince two conservative justices, which is a big ask. This could be especially relevant if Trump loses the popular vote but can still regain an electoral college advantage with a conservative Supreme Court.

Those are all crucial points.

With American society arguably as polarized as it’s been since the Civil War (and certainly the most divided in modern history), the potential for social unrest around a contested outcome decided by a Supreme Court to which Trump will have appointed either two or three justices, is very high.

Additionally, the president’s remarks about mail-in voting have sowed considerable doubt about the reliability of the process both in the minds of Republicans and Democrats. In other words, all voters, regardless of party affiliation, are likely to be suspicious of the results if they produce a clear winner. That too could spark social unrest.

“After all”, he said, “it has become consensus thinking that recounts and likely a Supreme Court decision [may] drag the determination of the next POTUS through the end of the year”.

Indeed that is “consensus thinking”. And if the uncertainty does drag on beyond the end of 2020, the prospect of “President Nancy Pelosi” comes into play.

“This also likely means that some brave vol traders will try to take advantage as a perceived ‘generational’ opportunity to sell this post-Nov election ‘richness’ (Dec / Jan)”, McElligott went on to remark, calling the trade a potential “career ‘maker or breaker'” that could deliver “monster returns if the event were to pass and all that crash is puked back into the ether”.

Of course, if things go awry, all bets are off, figuratively and perhaps literally too. McElligott underscores as much. Selling election vol richness “could be turned to dust” in the event that “God-forbid” the nation witnesses “the realization of chaos, with civil disorder and dual claims to the throne”.

Looking out from the back deck this morning, I could see for miles in the crisp air. Five years ago, some folks questioned my decision to live in relative isolation. I had no such reservations then, and I certainly don’t now.