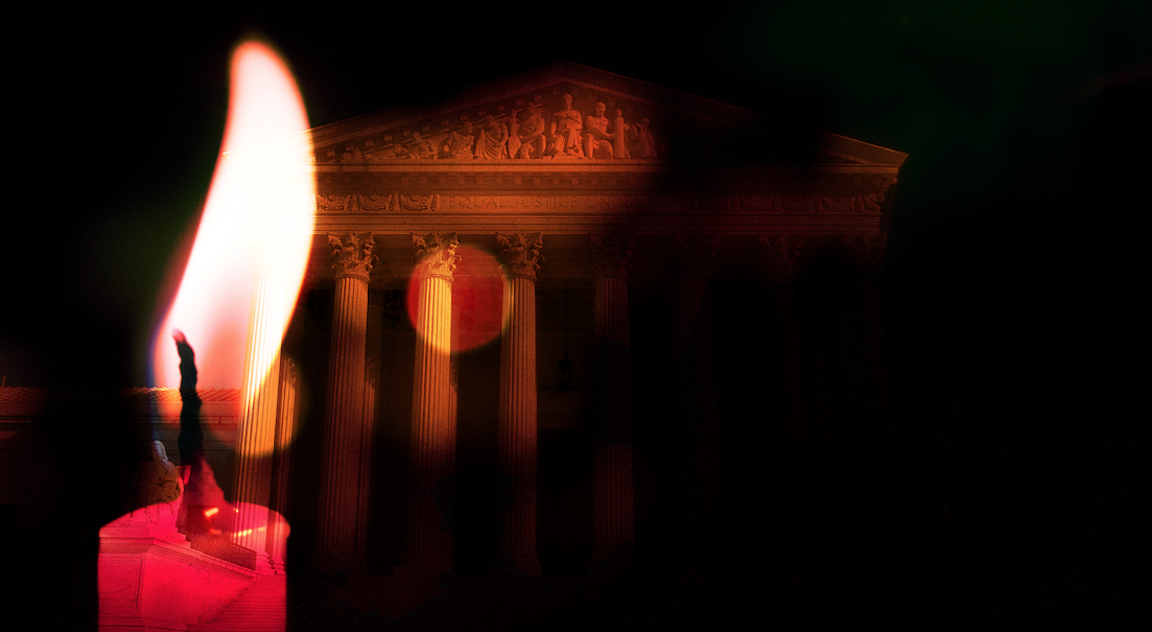 “My most fervent wish is that I will not be replaced until a new president is installed.”

Those were among Ruth Bader Ginsburg’s final words according to a statement dictated to her granddaughter, Clara Spera, as reported by NPR in the hours after her passing on Friday evening.

Suffice to say Ginsburg’s wish will not be honored. Or if it is, it won’t be because Donald Trump and Mitch McConnell decided of their own accord to exercise restraint at a time when the country has suffered what Nancy Pelosi described as an “incalculable loss”.

The stakes do not get any higher. And, for Republicans, the associated hypocrisy could not be any more glaring. In 2016, McConnell famously blocked Merrick Garland’s nomination, citing the proximity of the election. “The American people”, McConnell said, “should have a voice in the selection of their next Supreme Court Justice”.

Republicans variously cited Joe Biden who, in a 1992 speech on the Senate floor, declared that “once the political season is under way… action on a Supreme Court nomination must be put off until after the election campaign is over”.

Biden, then vice president, accused Republicans of “quoting selectively” from that speech. “There is no ‘Biden rule'”, he told an audience at Georgetown Law, calling the idea “frankly ridiculous”. “It doesn’t exist”, he added.

Now, Republicans who in 2016 justified an 11-month blockade of Merrick Garland based in part on an imaginary “rule” named for then-vice president Biden, are poised to forge ahead with reckless abandon on a Trump nominee, less than two months ahead of an election that finds Biden seeking the presidency.

“Americans re-elected our majority in 2016 and expanded it in 2018 because we pledged to work with President Trump and support his agenda, particularly his outstanding appointments to the federal judiciary”, McConnell said, in a statement following Ginsburg’s death. “Once again, we will keep our promise. President Trump’s nominee will receive a vote on the floor of the United States Senate”.

Crucially, he didn’t say when. Indeed, a pair of former Senate Republican aides close to McConnell told The New York Times that in their reading, his statement meant “that he was not committed to pushing through the confirmation before the election and may wait until the lame-duck session”. That carries its own risks.

It’s also possible that some vulnerable Republicans and/or McConnell’s trio of moderates will balk at the sheer egregiousness of the hypocrisy. That hesitancy to countenance a total repudiation of McConnell’s own position from 2016 could be exacerbated by the almost macabre lack of respect a rushed process would show for Ginsburg, one of the single greatest Americans to grace the pages of the country’s modern history.

Susan Collins, for example, has indicated previously that voting on a new justice next month would be inappropriate. Collins is still feeling the heat from her vote for Brett Kavanaugh, and she’s trailing in the polls. While one imagines a new nominee won’t face the same kinds of accusations that Kavanaugh faced during his nomination, the optics for Collins are challenging, to say the least.

For her part, Lisa Murkowski said Friday (prior to Ginsburg’s passing) that she “would not vote to confirm a Supreme Court nominee… 50 some days away from an election”. She cited McConnell’s 2016 precedent. “That was too close to an election”, Murkowski remarked. “The closer you get to an election, that argument becomes even more important”.

Mitt Romney, who voted to remove Trump from office, has offered scathing criticism of the president on a number of issues. As the Times notes, “were those three senators to vote against Trump’s nominee, only for [Mike] Pence to push through the nominee by casting a tiebreaking vote, analysts said it would provoke a constitutional crisis”. (It wouldn’t be the first of this administration.)

For Trump, Ginsburg’s passing is arguably a game-changing campaign boon. With 200,000 Americans dead to the pandemic and the economy having just suffered the worst downturn since the Great Depression, the president’s “KAGA” (“Keep America Great Again”) mantra is absurd on its face. Now, there’s a new galvanizing issue and if there’s anything Trump knows how to do, it’s amplify polarizing issues.

Ginsburg stood against everything Trump represents. She was, in so many ways, the antithesis of Trumpism. It would be dishonest of me to understate the case in an effort to placate anyone who supports the president. So, let me just state this plainly and unequivocally: There is something profoundly disturbing about a man like Donald Trump deciding who should replace Ruth Bader Ginsburg. The juxtaposition between the two could not be more stark. One is charlatan embodied. The other is character personified.

There are, of course, dozens upon dozens of soundbites one can conjure to underline what is sure to be one of the most astounding displays of political hypocrisy in the history of the country.

Importantly, many such soundbites admit of no ambiguity. That is, no spin or interpretation is possible.

In 2018, for example, Lindsey Graham said that “if an opening comes in the last year of President Trump’s term, and the primary process has started, we’ll wait to the next election”. It does not get any clearer than that. Or, actually it does. Because in 2016, Graham said the following:

I want you to use my words against me. If there’s a Republican president in 2016 and a vacancy occurs in the last year of the first term, you can say Lindsey Graham said let’s let the next president, whoever it might be, make that nomination.

Again, there are dozens of similar quotes from Republicans, some of whom have already contradicted themselves following Ginsburg’s death.

Amy Klobuchar summed things up. “While no one will ever truly be able to replace Justice Ginsburg, a new president should fill the vacancy”, she remarked. “Just like Mitch McConnell said”.

Flags are at half-staff across the country Saturday.