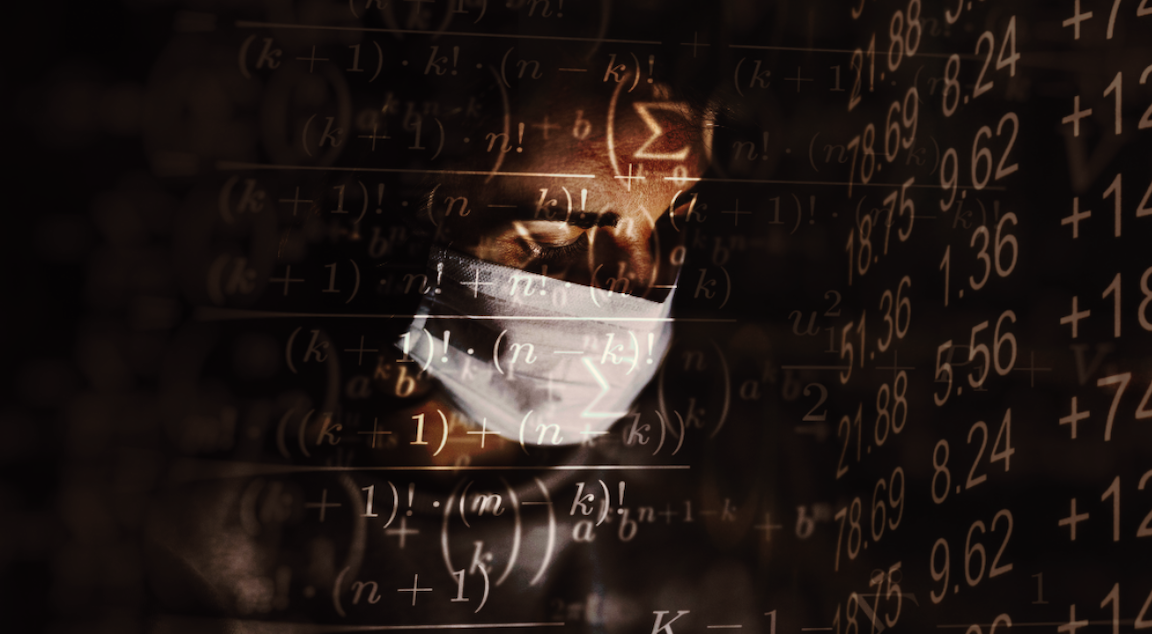 So far, September is an “upside down” month.

Previously bulletproof mega-cap tech shares plunged into a correction, proving that gods do, in fact, bleed.

That, in turn, has translated directly into outperformance for value, small-caps, the equal-weighted S&P (versus its cap-weighted counterpart), and the S&P (versus the Nasdaq 100).

Some of this may be mechanical. What “optically looks like a ‘Value over Growth’ trade is really about the realities of partially reducing your longs and covering a portion of your shorts”, Nomura’s Charlie McElligott said Friday.

Still, the purported proximity of a coronavirus vaccine and the idea that, eventually, there will be more fiscal stimulus, have prompted some to speculate that this rotation may be the “real deal”, so to speak.

“With US equity market concentration at a record level, many investors have pointed to a vaccine as one potential catalyst for a market rotation away from the mega-cap growth stock leaders”, Goldman’s David Kostin said, in a Friday afternoon note.

This is well-worn territory by now, but what you see in the figure (above) is the result of a collision between i) the perpetual motion machine dynamic in mega-cap tech, ii) a pre-existing “slow-flation” macro environment which helped facilitate that dynamic, and iii) a global health crisis that effectively turned deeply-entrenched trends into fixtures of human existence.

The irony is that this parabolic acceleration of a conjuncture which has been feeding on itself for the better part of a decade, may have sown the seeds for its own demise. The depth of the crisis brought forward the recognition and broad acceptance of Modern Monetary Theory, setting the stage for overt fiscal-monetary policy partnerships seen as the only remedy for years of stagnant growth and inflation in advanced economies.

If a vaccine comes along and negates the threat of COVID-19 (even as we mourn the irreversible loss of life the virus has already brought about), the conditions would be in place for a durable rotation — or so the story goes.

For a “long-term paradigm/narrative shift, an escalation into a new world of fiscal stimulus is required in both the US and Europe — certainly not just the current piecemeal, stopgap offerings”, McElligott wrote last week.

For Goldman, it’s important to distinguish between value and cyclicals when it comes to what will work best assuming a rotation does indeed pan out. “The consensus view of portfolio managers is that Cyclical stocks will outperform when a coronavirus vaccine is identified”, Kostin writes, before summarizing that view as follows,

The argument goes that Growth stocks have wildly outperformed as interest rates have collapsed and the valuation of long-term growth has expanded dramatically. However, a medical solution to the virus will accelerate the path to economic normalization, which will in turn lift the earnings and share prices of Cyclical stocks, which have lagged.

It’s a mistake, the bank says, to conflate value and cyclicals or to otherwise lapse into what Kostin calls “imprecise nomenclature”.

If what you’re after is a tactical trade on a vaccine, Goldman observes that “Value rather than Cyclicals is the better expression [as] both the Russell 1000 Value index and our sector-neutral long/short Value factor have exhibited positive correlations with the Superforecasters’ vaccine expectations”.

By contrast, Kostin notes that the bank’s “broad Cyclical and Defensive baskets have demonstrated virtually no relationship with the odds in either direction”.

This may seem tedious and somewhat dry, but Kostin does a nice job of explaining it in straightforward terms that animate the discussion by relating the trade to the on-the-ground realities of the virus fallout.

“For investors, a vaccine means better economic growth, and with that comes the prospect of higher earnings, rising inflation, and a higher and steeper yield curve”, he says, recapping the general thesis, and adding that,

Because of the unique nature of the coronavirus shock, the traditional economic sensitivity of an industry is less relevant than usual when thinking about where earnings are most likely to rebound following an effective vaccine. In contrast, depressed valuation multiples send a clear message about the challenges facing companies.

In September, value has outperformed. Indeed, the Russell 1000 Value index just bested its growth counterpart for a third week, the longest such stretch since late May/early June during the last rotation “head fake”.

You’ll also note that from early December through the end of March, growth’s outperformance was almost uninterrupted on a weekly basis (figure below).

As far as the election goes, Goldman’s Kostin points out that while investors tend to focus on the implications of Joe Biden’s proposed increase to the statutory rate, his plan “includes other provisions such as a minimum tax rate and an increased tax on global intangible low-tax income”.

In the latest edition of BofA’s Global Fund Manager survey, respondents chose a “credible vaccine” when asked about the best catalyst for higher rates.

The key word there is “credible”.

‘The Vaccine’s The Thing’ For Bond Yields, Elusive Stock Rotation

2 comments on “Valuing A Vaccine”