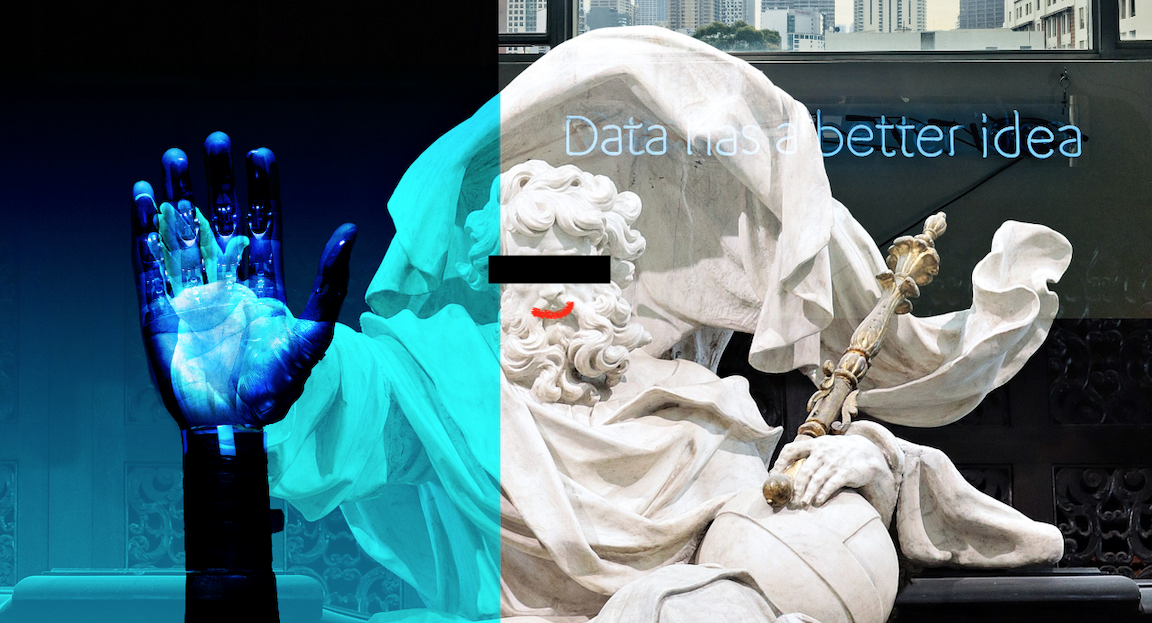 That encapsulates a theme I’ve employed frequently in the wake of the pandemic. The social and economic realities of the post-COVID world transformed existing trends favoring America’s tech titans into fixtures of human existence.

To the extent human proclivities were becoming increasingly digital anyway, the pandemic made voluntary digitization necessary.

Layered atop a market infrastructure which already served to funnel ever more money into the “winners”, this set the stage for Howard Marks’s “perpetual motion machine” to go into overdrive. I realize this is somewhat repetitive for long-time readers, but in addition to being well worth repeating, new readers need to fully appreciate the consequences, which are far-reaching.

“Importantly, organizers wanting their ‘smart’ products to reach commercial scale are likely to rely heavily on the largest-capitalization, most-liquid stocks”, Marks wrote in 2017, in what now reads like a boilerplate critique of modern market structure, but which, at the time, counted as incisive (which is just another way of calling it “prescient”, I suppose). Marks added,

For example, having Apple in your ETF allows it to get really big. Thus Apple is included today in ETFs emphasizing tech, growth, value, momentum, large-caps, high quality, low volatility, dividends, and leverage. The large positions occupied by the top recent performers – with their swollen market caps – mean that as ETFs attract capital, they have to buy large amounts of these stocks, further fueling their rise. Thus, in the current up-cycle, over-weighted, liquid, large-cap stocks have benefitted from forced buying on the part of passive vehicles, which don’t have the option to refrain from buying a stock just because it’s overpriced.

Like the tech stocks in 2000, this seeming perpetual motion machine is unlikely to work forever.

But it has — worked “forever” that is. Or at least as far as we know. We can never be totally sure that tomorrow will come, so if someone writing today suggests that something cannot last “forever”, someone reading three years later who observes the same phenomenon can properly say that, as far as anyone can tell, that phenomenon has, in fact, lasted “forever”.

As discussed here on any number of occasions, 2020 has produced a variety of evidence to support the contention that when the dynamics described by Marks in 2017 collide with an epochal event (the pandemic) which cements the fundamental investment case for the beneficiaries of the “perpetual motion machine”, there is a semi-plausible argument to be made that literally no price is too high for shares of the relevant companies.

I mentioned Friday that the S&P outpaced its equal-weight version by the most for any “up” month since 2000, for example.

Note that this is categorically different from arguments made to justify ever higher prices for certain stocks in other eras. Absent some of the companies mentioned above, citizens in advanced nations would have, in some respects, discovered what life is like in frontier economies during March and April. Getting food would have entailed risking one’s life, for example. Communication and commerce would have essentially ceased altogether. Without tech, “work from home” has no meaning outside of cottage industries and farms. Even cobblers have shopfronts.

One can, of course, point to the fact that humans did business and communicated with one another long before the advent of what now counts as “technology”. But that begs the question. That is: March and April would have felt like a time warp.

And it goes well beyond the simple observation that, at any given moment in history, some enterprises will become ubiquitous and, as a result, seem indispensable.

Take a virtual stroll (likely after searching for the website on Google) over to Amazon Web Services. Then spend a few minutes perusing the offerings and, more to the point, the “customer stories”. In short, everyone’s a “customer” — including Amazon. The Netflix testimonial is particularly telling. “Netflix uses AWS for nearly all its computing and storage needs, including databases, analytics, recommendation engines, video transcoding, and more”, one featured “story” begins.

This isn’t new information, of course, but it speaks to the fact that this setup is different in kind than historical instances of industry or corporate ubiquity. In one way or another, these companies “power” everything, from commerce to entertainment to social interaction to news to the campaigns of the politicians who want to break them up. They are omnipotent.

While we’re not quite back to dot-com levels on metrics like the ratio shown in the figure (below), we’re nearly there. And what I would note is that on some simplistic measures, the velocity of the move has been even more dramatic recently than it was in the lead-up to the dot-com bust.

The Nasdaq 100 trades at ~5 times sales. That’s the largest premium (about 4) to small-caps’ trailing revenue multiple in nearly two decades.

But it’s not on par with the spread seen in 2000 (when it was ~6). And besides, any objective observer who lived through the dot-com bust will tell you that comparing that episode to today’s tech rally is apples to oranges.

What is the “right” price for omnipotence? How much is “too much” for a share of divinity?

In “Know Your Worth“, I noted that the world’s top 10 richest people were worth $222 billion more as of the close of business on August 25 than they were on January 1. As of Friday afternoon, that figure was $252.5 billion.

Let that sink in. The world’s 10 richest people saw their combined net worth expand by $30 billion in three business days. Between them, they made the rough equivalent of 10 Donald Trumps (or ~23 Jamie Dimons, if you like) in 72 hours.

Because much of this wealth is tied up in stock, society benefits not via compulsory redistribution, but rather through discretionary benevolence (i.e., charity) or else via the extent to which these people and their businesses have improved everyone else’s quality of life.

Jeff Bezos has been keen to emphasize how crucial Amazon was during the pandemic. Elon Musk is trying to get us to Mars (and, apparently, creating artificially intelligent pigs). Google acts a second (much smarter) brain for everyone. And so on.

But when one combines the exponential nature of wealth creation in a capitalist system (especially during times of subdued economic growth) with modern market structure (i.e., the dynamics Marks described in 2017), and embeds that self-feeding loop in a world that is becoming more dependent on many of the businesses mentioned above every day, the read-through is that these fortunes will become so large, so fast, that the people associated with them will become gods.

This will be less true for those whose worth is tethered to more traditional businesses. If they cannot innovate, they will need to make their own businesses synonymous with innovators either through acquisitions or, as a short cut, by simply buying shares in the dominant companies. Warren Buffett, whose net worth has actually decreased in 2020, is the quintessential example. He owns a massive stake in Apple, but Berkshire’s shares have underperformed.

I’d ask again: What is the “right” price for omnipotence? How much is “too much” for a share of divinity? Couched in those terms, five times sales (for example) seems laughably “cheap”.

This time around, though, the market may not get to decide the answers.

The pace of wealth creation outlined above is so breathtaking that it cannot possibly continue without socioeconomic consequences. At some point, society won’t allow it.

On the off chance you haven’t noticed the burning cities, we may have already reached that point.