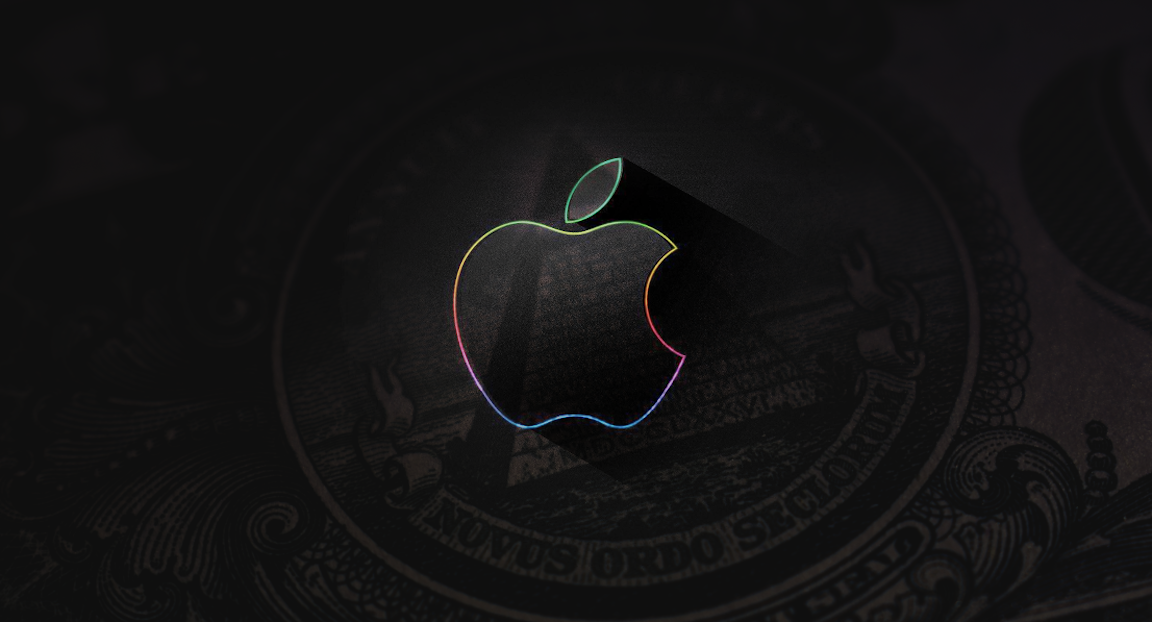 The world is supposed to eat apples.

Instead, Apple is eating the world. Or at least the financial world.

The shares rose again in early trading on Monday, thanks in part to Morgan Stanley, whose Katy Huberty lifted her price target to a Street-high $520, up from $431. Apple “trades at a discount to both tech platforms and strong consumer brands”, she said, adding that the stock “has further room to run”.

That’s really saying something. Because it’s run pretty far, pretty fast. And one thing it doesn’t trade “at a discount” to is its 200-day moving average. In fact, the shares now trade at a near 60% premium.

These are levels last seen some 13 years ago. The purple and blue lines in the figure give you some context for the current situation.

As noted Monday morning, Apple’s dominance at the benchmark level now borders on the absurd. Statistics in that regard from Friday were derided by some commentators as “outlandish”.

“It wasn’t a market of stocks on Friday, it was a single stock that moved the market”, Bloomberg’s Andrew Cinko wrote, before running through the same statistics that caught the eye of Morgan Stanley’s Mike Wilson. Apple accounted for 87% of the Dow’s gain, 103% of the S&P 500’s increase, and 148% of the Nasdaq Composite’s rise, a state of affairs that prompted Cinko to declare that Apple is “slowly but surely becoming the American stock market”.

The stock has, of course, more than doubled from the March panic lows, and the company is now worth considerably more than Saudi Aramco.

Whether this makes any sense is debatable. For Morgan’s Huberty, Apple’s recent results “underscore the strength of [the company’s] broad ecosystem of products and services”, which in turn means it’s not as dependent on the iPhone.

But that argument very often ends up being a “heads Apple wins, tails critics lose” situation. That is, when enthusiasm for iPhones wanes, folks just point to everything else Apple has going for it, and when iPhone sales are robust, that’s just more reason to keep bidding up the stock.

Hilariously, one person who isn’t enjoying all of the benefits that one might imagine would accrue to a man whose Apple stake is worth $122 billion, is Warren Buffett.

Being overweight to the tune of dedicating 44% of one’s entire equity portfolio to the stock hasn’t translated into enthusiasm for Berkshire’s shares, which are underperforming “Tim Apple” by nearly 80 percentage points in 2020.