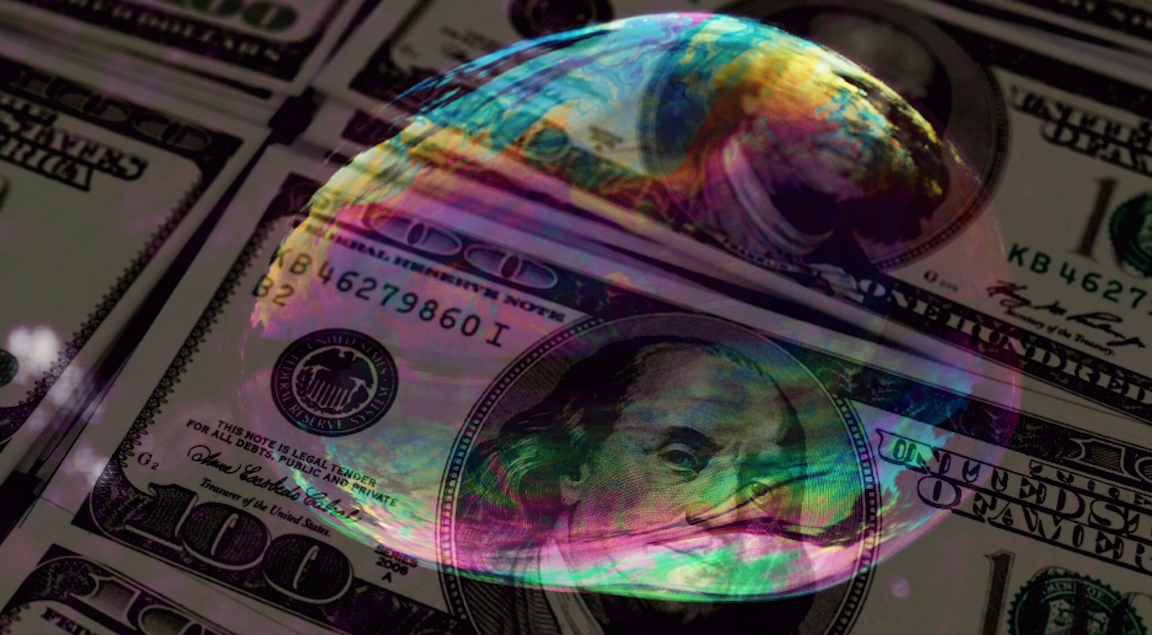 “The strong rise in equities from the March trough, coupled with bullish options positioning, makes a near-term setback likely”, Goldman said, in a note dated Monday.

That, in short, is the setup as the US comes back online after the long, holiday weekend. Tech is in focus, and Tesla’s steep, pre-market decline didn’t bode well. The shares were reacting to last week’s news that the company won’t be added to the S&P 500.

Nasdaq futures were down more than 2% at one point ahead of the cash open, betraying  lingering jitters, if nothing else. Even casual market observers have by now heard some version of the “options mania“/”Nasdaq whale” story, and suffice to say there are now palpable concerns about whether the latter stages of the summer rally amounted to a castle in the sky.

The reality inside the Beltway is still intractable gridlock as the Senate reluctantly goes back to work, although “work” is something of a misnomer since their only job is to legislate and they seem incapable of doing it.

The chasm between the Trump administration and Democrats on the next virus relief bill remains very wide, and analysts are beginning to ponder the distinct possibility that no new stimulus is forthcoming.

For his part, Mitch McConnell has found it exceedingly difficult to bring Republicans on board. The “plan” now is to force through a “targeted” $500 billion package, which no Democrats are likely to support considering the price tag is just half of what Steve Mnuchin offered Nancy Pelosi, never mind being nowhere near Pelosi’s own $2.2 trillion “compromise” figure.

“I hope by the end of the week, we can begin moving forward”, Mnuchin told Fox over the weekend. “Hope” — at least we’ve got that.

For markets, though, Goldman suggests it’s time to move beyond “hope”. “We think there are strong reasons why this bull market should continue”, the bank says, adding that “the ‘Hope’ phase should move on to a ‘Growth’ phase as analysts start to revise up EPS”. The bank expects a vaccine to give equities a boost, and they note that their Bear Market Indicator “remains low, supportive of positive equity returns”.

Generally speaking, analysts are reluctant to get too bearish after the summer’s rip-roaring rally, but the sheer scope of the surge means a cautious approach is warranted. That’s certainly being reflected in vol markets, with myriad event risks strewn about if one looks out the calendar.

“Today’s markets don’t function in the same fashion due to the lack of price discovery, but one should expect the SoftBank [story] to be a market overhang because every dip in the momentum leadership will prompt investor concerns”, JonesTrading’s Mike O’Rourke said, in a Monday evening note, adding that long-term holders of hot tech stocks like Apple and Tesla “should be aware because now they have a tremendous number of bad buyers invested alongside of them”.

On the geopolitical front, Germany and its allies (which may or may not include the US these days) are pondering how to respond to the Kremlin’s latest poisoning of a political foe. That means the Nord Stream 2 will be in the headlines for the next several days (at least). The White House will be pressed to explain any reluctance on the part of Donald Trump to act or otherwise condemn Vladimir Putin, whose affinity for novichok is a perennial source of consternation in western democracies, a category of states which used to include the US.

As for Sino-US relations, tensions are obviously running high, after Trump talked of a wholesale “decoupling” over the weekend, putting Peter Navarro’s long-term vision in play. The White House looks poised to blacklist China’s top chipmaker, and Beijing this week appeared to freeze press credentials for CNN, WSJ, Bloomberg and Getty Images.

“One journalist said Foreign Ministry officials told him that his fate depended on whether the US decided in the fall to renew the visas of Chinese journalists working in America who are under new visa regulations”, The New York Times said. “Other journalists have received similar messages”.

Will it ever end?