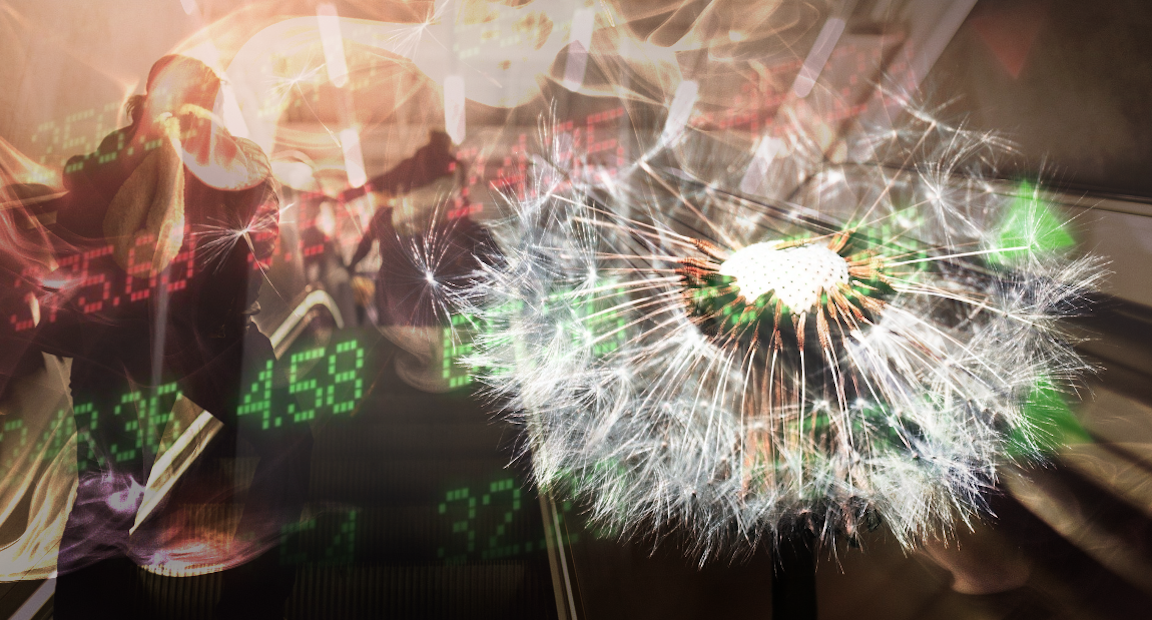 The last two weeks of August will likely witness stabilization in the US rates space after last week’s selloff. That, in turn, should entail the return of what I’ve previously described as a monotonous, lackadaisical bull flattener.

If that does, in fact, end up being an accurate description of the environment as a sultry August melts into September, Nomura’s Charlie McElligott notes it “should mean [the] resumption of the prior cross-asset trend and momentum”.

So, secular growth will once again outperform at the expense of pro-cyclical expressions, whether value, small-caps, or otherwise. Indeed, big-cap tech has outperformed the Russell 2000 for four of the last five sessions (figure below), suggesting the rotation seen earlier this month is, at the least, on hold.

“The all or none value versus momentum battle persist[s]”, JonesTrading’s Mike O’Rourke said, in a Monday note, adding that momentum is looking like the winner again.

If rates stabilize and the slow bull flattening impulse resumes, you can expect value to remain on the back foot.

It’s also likely that gold will stabilize after the worst week since March. Real yields ticked lower to start the week (figure below). That conspired with what AxiCorp’s Stephen Innes amusingly described as the “Buffett Bandwagon bounce” (i.e., news that Berkshire took a stake in Barrick) to help the yellow metal recover some of the luster lost during last week’s rout.

Gold rose back above $2,000 on Tuesday, before paring gains.

“US 10-year real yields have ticked down about 4 bps this week to -0.98% but the reaction in gold has been overexuberant”, Bloomberg’s Ven Ram remarked, in a short Tuesday piece, before gently reminding anyone who “may be finding renewed conviction from Berkshire’s investment” that “not all bets” at the conglomerate “are called by Warren Buffett”.

“A small long position taken by one of [his] fund mangers as part of a broader portfolio isn’t a testament on gold”, Ram added.

Kevin Muir, formerly head of equity derivatives at RBC Dominion, and better known for his exploits as “The Macro Tourist”, made similar remarks. “Warren would understand that this filing will cause increased interest in gold miners, so he would most likely have already bought his full position [and] there are now various portfolio managers contributing to the process at Berkshire, so we don’t even know for sure that Warren has changed his tune on gold”, Kevin said, before delivering the following assessment:

I am confident that one year from now we will be able to point to Buffett’s purchase of Barrick as the starting point when institutional investors truly embraced gold. Yet the trader in me is also sure that when something seems this easy and on the front page of every website, it’s bound to be wrong over the short-run.

Meanwhile, a net 31% of respondents in the August edition of BofA’s Global Fund Manager survey said gold is overvalued. That was up from 0% in July, and the highest level since 2011.

At the same time, “Long gold” was identified as the second-most crowded trade on the planet, behind only “Long US tech & growth”, which has topped the list for eight of the last 10 months.

All of this will get tested anew in September, Nomura’s McElligott says.

“This expected ‘two weeks of calm’ comes ahead of the September crucible, where there will be another likely rates selloff test coming”, he wrote, in a Tuesday piece. The list of contributing factors to that prospective back-up in yields is familiar. He cites:

Those five factors will be set against a quarter century of pro-cyclical, risk-on seasonality for the August 31 through year-end window.

0 comments on “‘Two Weeks Of Calm’ And What’s Next For Stocks, Bonds, And Gold”