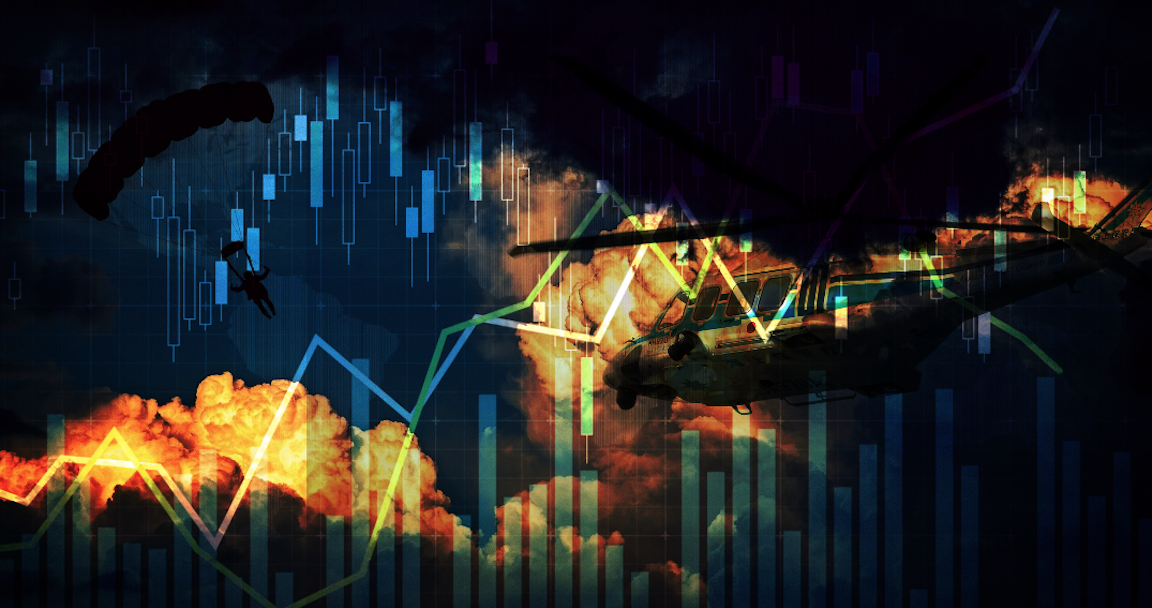 Fast forward nearly a year, and the fabled bond vigilantes have gone from rare breed to endangered species. Although bonds sold off the most in more than two months this week, the back-up in yields was paltry considering the circumstances, which included a record refunding, as Treasury looks to finance America’s ballooning deficit.

“The biggest bond market in the world made some folks nervous this week”, Bloomberg’s Emily Barrett (who says she “isn’t sure if negative real yields exist metaphysically”) wrote Friday, before noting that “the concerns stopped short of being a rallying cry for bond vigilantes”.

Thursday’s 30-year auction was no walk in the park, but this week’s 3-year and 10-year sales went down fine. By the time it was all said and done, benchmark US yields were cheaper by around 15 bp, hardly a bloodbath in bond land, especially considering the week was littered with reasonably upbeat economic data, including the first sub-1,000,000 initial claims print of the pandemic.

Both 10- and 30-year yields did push through their respective 50- and 100-DMAs, though, as the market extracted what it could in the way of concessions.

The back-up in yields (and especially the move higher in real rates) finally tipped the gold rally over. It was the worst week since March for the yellow metal.

Gold did bounce after selling off the most in seven years on Tuesday, even as yields kept pushing higher. For some, that was evidence that bullion isn’t just a “real-rates derivative”, as Eddie van der Walt put it. Of course, the notion that gold is simply an inverse real rates play doesn’t mean that it will everyday, everywhere, and always fall when real rates rise. Rather, it’s simply to state the obvious, which is that real rates are a proxy for the opportunity cost of holding an inert piece of metal that doesn’t pay a coupon or dividends.

In any event, the bond “selloff” wasn’t a violent one. “The MOVE index [still] sits at its 1st percentile over the past decade, in a vote of confidence that even if Treasury yields rise it will not be a dramatic repricing”, BMO’s Ian Lyngen, Jon Hill, and Benjamin Jeffery said in a Friday afternoon note, adding that “the bar for 1% 10s in the near future is still very high”.

The Fed will, of course, guard against a disorderly rise in yields, especially considering America’s borrowing needs at present. To avoid starting an argument on a Friday, I won’t mention the fact that the US needn’t really “borrow” to finance spending. That’s a controversial claim, but it shouldn’t be. The issuer of dollars doesn’t need to “borrow” them. The US can afford anything it wants that is priced in dollars. And because everything in the world is (or can be) priced in dollars, there is nothing that the US cannot afford. (Oops, I mentioned it.)

In stocks, it was a somewhat disjointed week, as the rotation trade (from secular growth/momentum favorites to cyclical value) waxed and waned, ultimately leaving market participants with little in the way of clues as to whether the recent pro-cyclical lean has any staying power.

“It appears we have entered a violent rotation war environment where most days give the appearance that only one factor can prevail – momentum or value”, JonesTrading’s Mike O’Rourke remarked, adding that,

The uptick in yields favors value and stability or a decline in yields is favoring momentum. Throughout the bull market of the past decade, momentum has significantly outperformed. A key development that has materialized this summer is that signs of life have appeared in the value segment. Simultaneously, momentum leadership has narrowed as the result of massive FAAMG outperformance. Earlier this week, we described the emergence of an “us versus them” market tug of war, with most stocks on one side and a smaller group of momentum names, notably led and driven by FAAMG, on the other side.

Suffice to say we know who usually wins that tug of war, and there’s a sense in which any other outcome (i.e., a FAAMG “loss”) is undesirable. Due to the cohort’s weight, it’s possible the market as a whole can’t sustainably climb without leadership from the tech titans. Perversely (if you’re in the camp who thinks too much concentration is unhealthy), we’d be in trouble if FAAMG ever gets “tired of winning”, to quote the president.

Speaking of “winning”, the S&P logged a third straight weekly gain, and a sixth in seven. I suppose all’s well that ends well.

It was, Hartnett reiterates, for anyone who might have slept through the last several months, “the shortest bear market of all time”.

9 comments on “Ride Of The Valkyries (Endangered Species)”