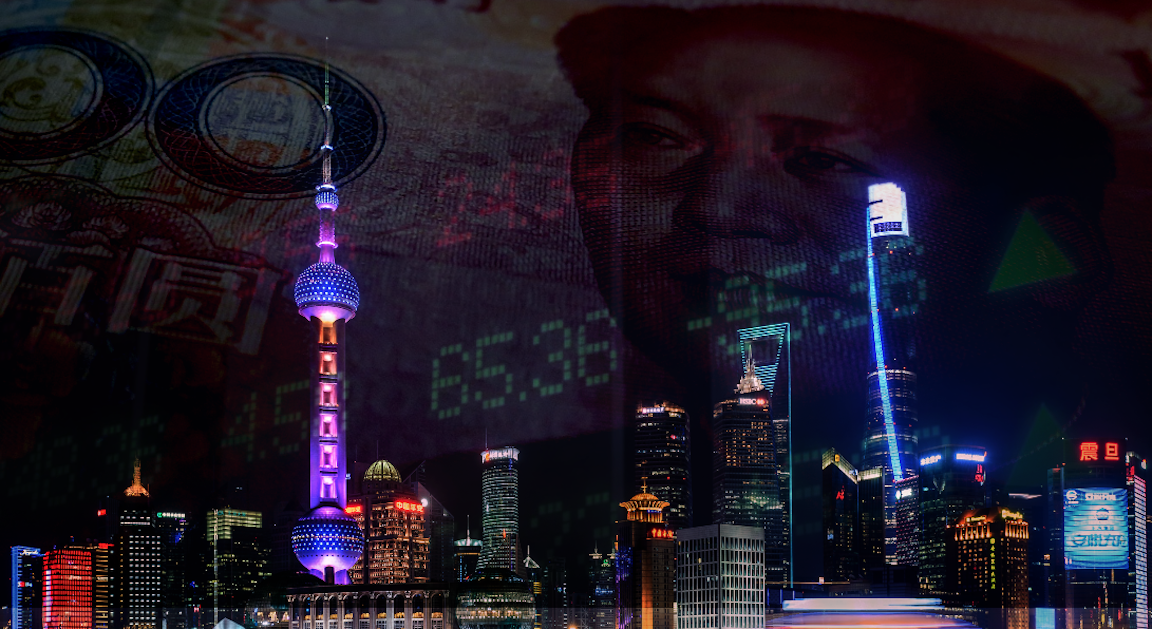 The market remained focused on stimulus talks in Washington Wednesday, with some manner of deal between The White House and Democrats seen as a virtual certainty, not because there’s common ground (there’s not) or because the US government is functioning properly (it’s not), but rather because, as Nancy Pelosi put it during an interview with PBS, “we have to have an agreement”.

The going assumption for equities (and certainly for gold) is that nobody will risk walking away and leaving Americans in the lurch with less than three months to go until the election. It’s true that some Senate GOPers will oppose additional stimulus, but Mitch McConnell has indicated he’ll support whatever compromise bill Steve Mnuchin and Pelosi put forward.

Meanwhile, the US and China are poised to assess the progress on Donald Trump’s “phase one” trade deal later this month. On August 15, the principals (Bob Lighthizer, Liu He, and Mnuchin) will apparently attempt to pretend as though the deal is still operational despite everything that’s happened since the overwrought signing ceremony in January. While both sides have been keen to suggest that Beijing intends to meet year-one purchase targets despite the challenging economic circumstances, China was less than a quarter of the way there by the end of the first half.

Beijing did ramp up purchases starting in May, but everyone knows this deal is “toast” (as one expert put it).

Even Trump has indicated he no longer cares much about it. Peter Navarro declared it dead on June 22, before insisting he’d been misinterpreted (he hadn’t). Energy purchases were just 5% of the year-end target by the start of the second half.

Lighthizer praised China’s “significant purchases over the course of the last many weeks”, in June. The figure (below) is a reminder of what China is “supposed” to do in 2020 and 2021.

This comes as Sino-US tensions continue to spiral. In addition to the consular wars, Mike Pompeo’s “tyrant” speech, and Trump’s Corleone-style TikTok shakedown (here and here), the US is now sending Health and Human Services Secretary Alex Azar to Taiwan, marking the highest-level delegation visit in decades.

The trip will cement a “shared belief that free and democratic societies are the best model for protecting and promoting health”, the US says.

In reality, this is just another slap in the face to Xi, whose crackdown in Hong Kong has the international community watching Taiwan even more closely than usual. Beijing on Wednesday said it “lodged stern representations” about Azar’s trip which China “firmly opposes”. Taiwan, China’s Foreign ministry said, is still “the most important and sensitive issue in China-US relations”. And that’s really saying something.

All of this comes as the Chinese economy continues to show signs of stabilization. The Caixin services PMI missed expectations on Wednesday, but the employment gauge rose to 49.4, which is good news, even as that’s still a contraction-territory print.

Concerns remain about the uneven nature of China’s rebound, which has been unsurprisingly characterized by supply-side strength and demand-side weakness, as factory activity bounces back while retail sales remain subdued. Obviously, external demand is still suppressed as the rest of the world attempts its own recovery.

“Although easing from June’s highs, growth rates of new business and activity remained strong which helped to support business confidence. Sentiment about the forthcoming 12 months was the highest in over five years”, the color that accompanies the release reads.

“The employment gauge stayed in negative territory for the sixth straight month as the recovery of the services sector had a limited uplift on the job market, but the July reading was closer to 50… than any of the preceding five months”, Wang Zhe, Senior Economist at Caixin Insight Group, remarked. “Businesses were highly confident about the economic outlook”, he added.

Markets are likely to focus on the ongoing monetary policy divergence between the PBoC and the Fed. The Chinese central bank has taken a (much) more measured approach to stimulus over the course of the crisis, and the banking system will need to help absorb some 1.1 trillion yuan in central and local government bond issuance this month. At the same time, more than a half-trillion in MLF matures, as does 100 billion in shorter-term bank repo and 1.7 trillion in CDs.

“Without proper aid from the PBOC, Chinese banks will see their excess reserve ratio falling further from the current low level”, Bloomberg writes, of the maturity wall and the burden placed on the financial system by the deluge of new government stimulus bonds. “If the central bank doesn’t inject enough liquidity or even drains it, then lenders will scramble for cash, driving up inter-bank rates and undermining the recovery”.

The worry is the same as it ever was — namely that if the PBoC were to err on the side of caution by flooding the system with liquidity, that cash could end up in the “wrong” place, like frothy Chinese stocks, which went into mania mode last month.

Bloomberg’s data shows stock leverage loitering near the highest since July of 2015, the height of the mainland equity bubble. Specifically, the value of outstanding margin debt on Chinese stock exchanges rose for a seventh session Tuesday, reaching CNY1.398 trillion.

It’s also worth noting that the yuan is trading at the strongest against the dollar since March 11.

“The yuan doesn’t appear to be any more concerned about the US election outcome than other G-10 currencies”, Bloomberg’s Mark Cranfield remarked on Wednesday, noting that while 3-month implied vol. has risen as the tenor captures the (assumed) November vote, 1-year vol. has retreated a bit in the past two weeks. “It’s as though yuan traders have decided the risk of a flash point developing over Taiwan, TikTok, Hong Kong or something else is manageable as long as the PBOC maintains an orderly daily fixing”, Cranfield mused.

“As long as” seems to be a popular phrase across markets these days.

0 comments on “Meanwhile, In China”