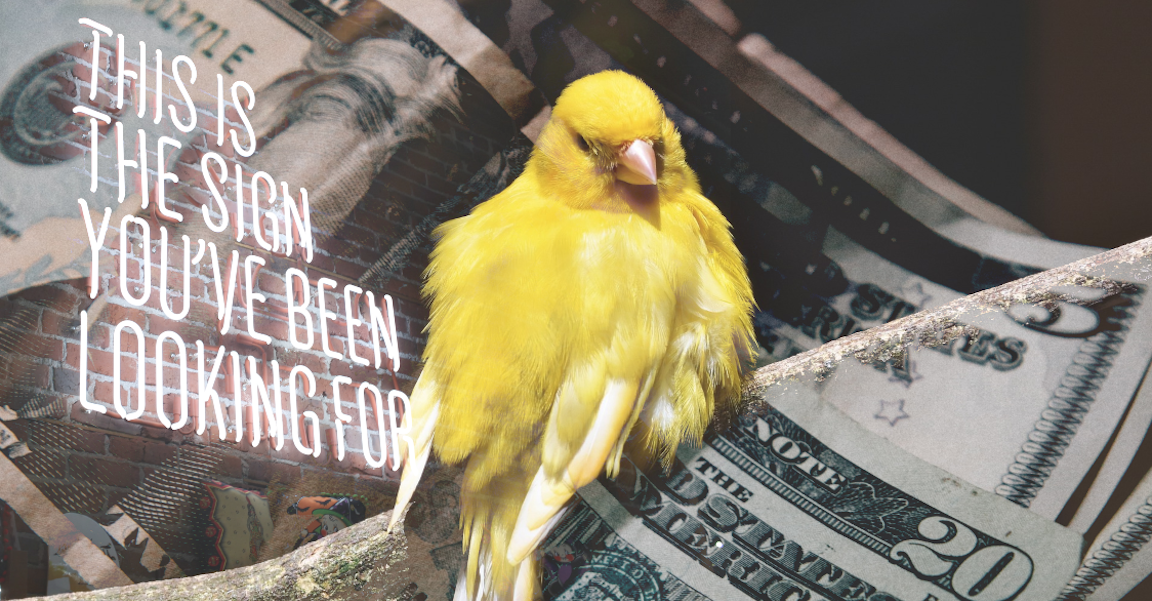 Over the weekend, I asked if it was over for 60:40 and risk parity funds.

And, really, that’s giving myself too much credit. Lots of folks have asked that question this year. It’s hardly innovative thinking on my part.

The problem, for those who missed it, is that with yields as low as they currently are, it’s possible that bonds won’t be as effective a hedge in multi-asset portfolios. In addition to the ostensibly limited scope for bonds to rally, the market’s sensitivity to monetary policy communications prima facie raises the odds of “tantrum”-like events in fixed income. That could mean that bond allocations become a source of considerable risk.

So-called “diversification desperation” — when stocks and bonds selloff in tandem — came calling in March, raising additional questions about the viability of what, for two decades, has been a “have your cake and eat it too” dynamic, wherein both assets rallied together over time, even as their correlation was generally negative.

One of the unnerving aspects of the March turmoil was that bouts of severe selling pressure in bonds were the product of a malfunctioning US Treasury market. That was deemed a completely untenable development by the Fed, which stepped in to smooth things over, launching a foreign repo facility and effectively imploring everyone to stop selling US Treasurys into an illiquid market.

You could make the argument that the exigent circumstances make that episode irrelevant to the balanced fund/risk parity discussion given that we’re unlikely to experience such an event ever again.

But, you could also argue that having experienced it once is enough to prove that even the most deep, liquid market in the world can effectively malfunction. When considered in conjunction with the factors mentioned above (i.e., limited scope for yields to fall further and the potential for “tantrum” events), one might reasonably be wary of assuming that 60:40 (or anything that relies on a negative stock-bond correlation) is bulletproof.

In his latest note, JPMorgan’s Nikolaos Panigirtzoglou follows up on this discussion, which he delved into late last month. He quickly addresses one crucial question — namely whether the correlation between equities and rates is stable over shorter time frames. While it’s good news that rolling, three-month correlations are reliably negative (figure below), the events that transpired in March suggest that over shorter windows, things can be extremely unpredictable.

“First, the correlation of daily returns remained negative for the vast majority of time even when looking at shorter 5-day rolling windows”, he writes.

You can see that in the left pane below, which also shows the 21-day correlation remained negative during the worst of the tumult.

Additionally, Panigirtzoglou looks at cumulative returns on the S&P against volatility-adjusted returns on the Bloomberg US Treasury index, which he multiplies by four “in line with the equity/bond volatility differential over the past two decades”. The right pane (above) shows the results of that exercise. Generally speaking, losses in stocks were “offset by the gain in the Treasury index”, he writes (the black line is inverted).

And yet, Panigirtzoglou concedes that the period between March 9 and March 18 was an exception. In the visual on the right, it’s the stretch when the black line is rising while the blue line is still falling. Over that period, “market functioning deteriorated sharply as policy makers struggled with the impact of the pandemic”, Panigirtzoglou notes.

That’s the worry. He sums it up, writing that “an argument could be made that if market functioning is impaired Treasurys would not work as well as a hedge for equities going forward”.

You can likely anticipate the rejoinder. That stretch (which I discussed at length in “March Madness: How The Treasury Market Blew Up“) was unprecedented and is unlikely to occur with any frequency in the future — certainly not with the frequency of equity market drawdowns.

“Given the Fed’s emerging role as market maker of last resort, it is unlikely in our mind that such a breakdown in Treasury market functioning would become the norm during equity corrections”, Panigirtzoglou goes on to say.

This is an extremely germane discussion at the current juncture, with stocks perched near records and Treasury volatility pushing to all-time lows. As Bloomberg put it on Tuesday, what you see in the visual (below) “belies angst over sliding rates”.

Jeff Gundlach weighed in on Twitter. “After being at a 10-year high just weeks ago, the MOVE index is now at a 10-year low”, he said.

“There it is again! Mount Whitney is near Death Valley for a reason”, the “bond king” went on to exclaim, before describing the situation as containing “many layers of meaning”. (All you can do is chuckle.)

Treasurys rallied Tuesday, with the long-end pacing gains and 10-year yields pushing as low as 0.51%. Volatility picked up a bit.

“The drivers aren’t new and can be effectively summed up as even lower global growth expectations driven by the surge in COVID-19 cases seen in several new US hotspots over the course of the last month”, BMO’s Ian Lyngen said. “This dynamic isn’t novel today, but the grinding drop in yields suggests it has greater staying power”.