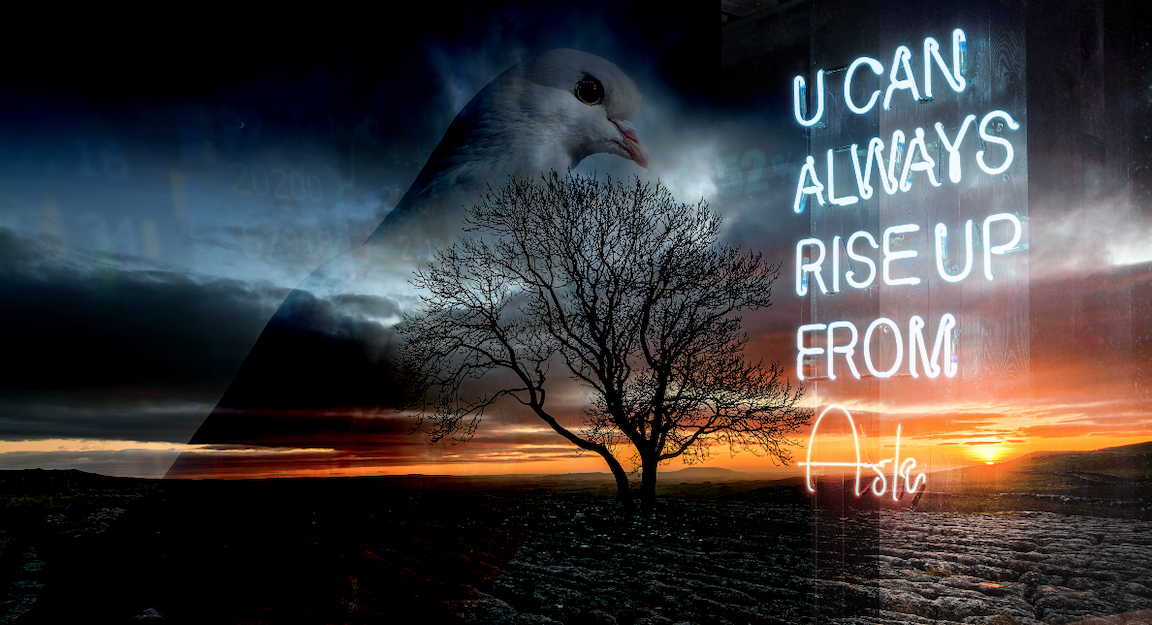 Are there limits to central banks’ capacity to “administer” asset prices and otherwise engineer benign outcomes in markets in the face of the most uncertain macro backdrop most living humans have ever witnessed?

Probably. But we don’t know where those limits are, and challenging monetary policymakers has generally been a losing proposition over the past dozen years.

In fact, central banks managed to suppress volatility during some of the most epochal political shifts in modern history during 2015/2016/2017. Market-based gauges of volatility became totally disconnected from measures of geopolitical uncertainty over the period. Even as populism swept across western democracies, threatening to reverse decades of globalization, rates volatility remained moribund and the VIX hit a record low. Note that the chart (below) is monthly, so the highest points on the VIX during, for instance, February 2018’s dramatic spike, don’t appear, but it gets the point across.

Some claim the astounding rebound in equities and credit since the March panic lows is “irrational” considering the scope for structural damage to the economy in the form of permanent job losses, defaults, and business closures.

And that’s to say nothing of domestic political upheaval in the US, the election, and the Sino-US “Cold War”.

And yet, as BofA’s Michael Hartnett noted earlier this month, one could conceptualize of markets as being “rationally ‘irrational’”.

“Government and corporate bonds have been fixed (‘nationalized’) by central banks, so why would anyone expect markets to connect with macro?”, he wondered. “Why should credit and stocks price rationally?” Why indeed.

And while equities stumbled a bit last week, the surge in coronavirus cases across the Sun Belt hasn’t succeeded in materially derailing the rally.

“Risk assets aren’t doing much of a retreat”, Deutsche Bank’s Aleksandar Kocic wrote Tuesday, in a note to clients. “The volume of calls on different stock exchanges continues to outpace that of defensive trades [and] the put/call volume ratio hasn’t been this low since 2007”, he added.

The explanation is simple. It’s “related to positive externalities created by monetary policy”, Kocic went on to say, noting that “since the first wave of the recovery in May, call skew on the S&P has taken a new path”.

The slope and intercept are higher since then. More precisely, “call skew is trading at a premium relative to this historical dependence”, Kocic wrote, noting that “a compression of puts to zero… would be consistent with 2% richness of calls”.

That, he says, “is the premium associated with positive externalities of the current monetary policy” backdrop. It’s reflected in rates as well.

“The story of S&P and rates skew spells confidence regarding the constructive interplay between accommodative monetary policy and the persistence of positive externalities for risk”, he says. “It’s as if the market doesn’t see any bounds or obstacles for continued and unconditional support in this channel”.

And little wonder. On Tuesday, the Fed extended the majority of its emergency lending programs through the end of the year. “The three-month extension will facilitate planning by potential facility participants and provide certainty that the facilities will continue to be available to help the economy recover from the COVID-19 pandemic”, a statement reads.

4 comments on “Deutsche’s Kocic: It’s ‘As If The Market Doesn’t See Any Bounds’ For Monetary Policy Support”