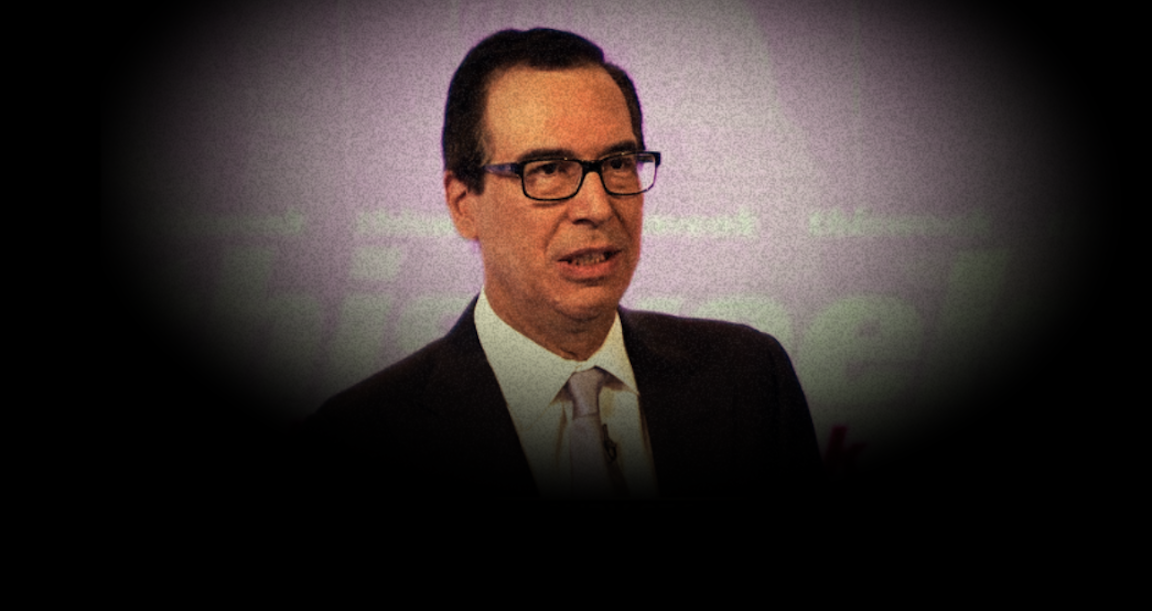 Steve Mnuchin came under what it’s fair to describe as intense scrutiny on Friday, after essentially demanding the Fed return funding that supports emergency facilities which have played a key role in stabilizing markets since the onset of the pandemic.

Mnuchin does have a plausible excuse. Credit spreads, for example, have compressed mightily thanks to the Fed’s backstop for the US corporate bond market. Indeed, corporate borrowers have tapped the primary market in record amounts over the course of the year, and inflows into investment grade and high yield credit funds reflect investor confidence in the Fed’s guarantee.

The letter to Powell cited numerous examples of the benign conditions engendered by the Fed’s facilities. “Today, bond issuance volumes equal or exceed pre-COVID levels, and spreads have fallen 80-95% of the way back to their pre-crisis values in all major sectors of the financial markets,” Mnuchin wrote.

The problem is that with the facilities still in place, it’s difficult to determine whether Mnuchin’s letter is an exercise in question-begging. If it is, the next issue that needs to be addressed is the Fed’s addiction liability.

If, for example, what you see in the visual above is attributable to the mere promise of the Fed’s backstop (remember, the Fed hasn’t actually “spent” all that much), one wonders what might happen in the event the US economy heads for a double-dip recession, prompting spreads to balloon wider and capital markets to become more prohibitive to corporate borrowers.

Seen in that light, Mnuchin’s letter is a bit self-referential. To be fair, if Mnuchin is engaged in a bit of circular reasoning (i.e., “These facilities have restored market functioning, so now let’s end them because markets are functioning”), then we need to be concerned, because markets need to be able to function without training wheels at some point.

But that point isn’t now. Because the US looks to be headed back into crisis. And that’s what had critics incredulous on Friday.

With lockdowns proliferating across the country, economists (including some at the Fed) are starting to assess the possibility that the economy could experience another downturn. I doubt anyone needs a refresher, but US COVID-19 hospitalizations hit record highs for nine consecutive days this month.

I won’t mince words. Some worry Mnuchin is deliberately setting the stage for the economy and markets to swoon just as Joe Biden takes office.

Carl Weinberg, chief economist at High Frequency Economics, told CNBC on Friday that he struggled to find an “economic rationale” for Mnuchin’s decision.

“I don’t think there is a good economic or public health or social reason to explain why they want to cut these programs at this particular time, so it has kind of got to be politics, doesn’t it?”, Weinberg wondered.

The US Chamber of Commerce isn’t amused. “A surprise termination of the Fed’s emergency liquidity programs, including the Main Street Lending Program, prematurely and unnecessarily ties the hands of the incoming administration, and closes the door on important liquidity options for businesses at a time when they need them most,” Chief Policy Officer Neil Bradley chided.

“For about three weeks in January, the markets will be operating without the backstop they’ve had since the spring,” JPMorgan’s Michael Feroli remarked.

Chicago Fed boss Charles Evans called the decision lamentable. “I think our 13(3) facilities have been very helpful. They perform a backstop role for when markets find themselves in a more challenged situation,” he said. “I think that backstop role might be important for quite some time, so it’s disappointing.”

“One of the great fears when the scope of the pandemic became apparent was that it would metastasize into a financial crisis too — and in fact it started to, with 2008-type surges in spreads,” Paul Krugman remarked. “Fed intervention, and even more important, the promise of more intervention if needed, calmed the markets,” he added, before musing that “it makes no sense to yank away the financial safety net, unless you’re trying to set up the next president for disaster.”

Mnuchin swears that isn’t the case. “This was a very simple thing. We’re following the intent of Congress,” he insisted Friday, while chatting with Jim Cramer who, I’d be remiss not to note, spent part of Thursday tweeting about the possibility that Trump might not leave office.

“This is not a political issue,” Mnuchin added. “This is very simple.”

(One of those two statements is true.)

19 comments on “‘Setting Biden Up For Disaster’: Steve Mnuchin Faces Allegations Of Sabotage”