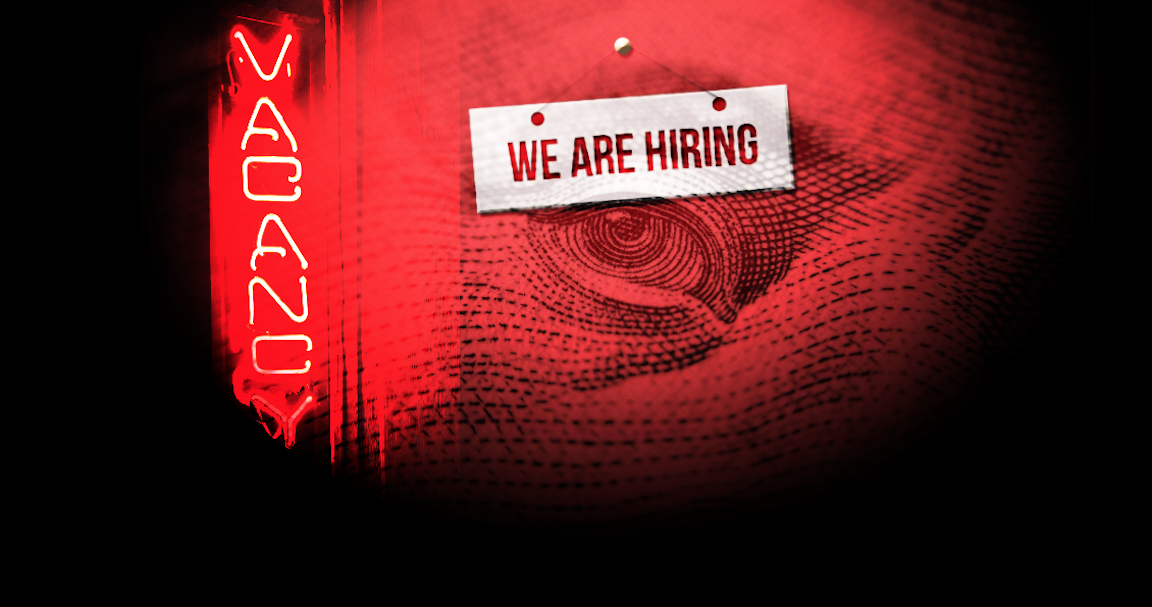 It was an inspiring print on the surface. The market was looking for 580,000.

Although technically an upside “surprise,” it’s hard to know what’s “surprising” anymore. ADP missed badly on Wednesday, but it’s been a poor NFP predictor. The pandemic has turned economic forecasting into a drunken version of what was already just a glorified game of darts.

Revisions added 11,000 to September’s headline print and 4,000 to the figure from August. The October report reflects a 268,000 decline in government employment attributable to a loss of 147,000 Census temps.

Despite the (welcome) beat, the labor market is clearly losing momentum. In itself, that isn’t necessary a harbinger of doom. The pace of recovery was destined to moderate, but the “plan” was to renew temporary fiscal buffers (and perhaps even add some new automatic stabilizers) in order to ensure the rebound didn’t completely stall.

That never happened. A new fiscal package never materialized. In turn, many American workers and businesses were left in the lurch. In the absence of additional stimulus, labor market momentum will likely fade further, especially if the dramatic surge in COVID cases forces the US back into some manner of partial lockdown, which seems like a possibility.

The unemployment rate fell to 6.9%. That’s much better than economists were expecting. The market was looking for a decline to 7.6%. For what it’s worth, the most optimistic estimate was 6.5%.

At his post-FOMC press conference Thursday, Jerome Powell emphasized the desirability of additional fiscal stimulus to sustain labor market gains. He went out of his way to reiterate that the Fed is concerned about inequities that threaten to leave African Americans, Hispanics, and women at a disadvantage as the recovery moves along. Additionally, Powell warned on the possibility that without sufficient support, the labor market could suffer structural damage as workers become detached and their skills atrophy.

Private payrolls rose 906,000 in October. That was far better than estimates. The economy added 38,000 manufacturing jobs.

Employment in leisure and hospitality, among the hardest hit sectors in the pandemic, increased by 271,000 in October. Gains in food services and drinking places accounted for 192,000 of that. Still, leisure and hospitality jobs are down by 3.5 million from the February peak even after adding 4.8 million jobs since April.

“The number of persons employed part time for economic reasons increased by 383,000 to 6.7 million in October, after declines totaling 4.6 million over the prior 5 months,” the BLS said. “These individuals, who would have preferred full-time employment, were working part time because their hours had been reduced or they were unable to find full-time jobs.”

Average hourly earnings rose 0.1% MoM and 4.5% YoY. The sequential print is a bit cooler than expected. The YoY print is inline.

Anecdotal accounts from some banks’ clients suggested October payrolls are of little significance, at least in terms of capacity to move rates markets. The virus will determine the trajectory of the services sector, and the data itself is inherently “stale.” Recall that ISM services printed a five-month low for October, in stark contrast to the manufacturing gauge, suggesting the US may be headed for a European-style conjuncture.

Jobless claims remain elevated above pre-pandemic records, and the drop in continuing claims is quite obviously down to Americans exhausting regular benefits and moving into emergency programs.

Still, there’s a very real sense in which good news is always just good news given the circumstances.

One way or another, additional assistance for the jobless and small businesses will almost surely be necessary if lawmakers intend to avert a double-dip downturn. I saw a “brand name” luminary on business television Thursday parroting the notion that the economy is “stronger than people think.” That may be true. And the October jobs report may validate those sentiments. But I wouldn’t generally advise saying that to anyone who lost their job in the pandemic and still hasn’t found a new one.

Even Mitch McConnell has consistently acknowledged the need for additional stimulus. Of course, he wants to limit the price tag and check some boxes on the Republican wish list as a condition for clearing the money.