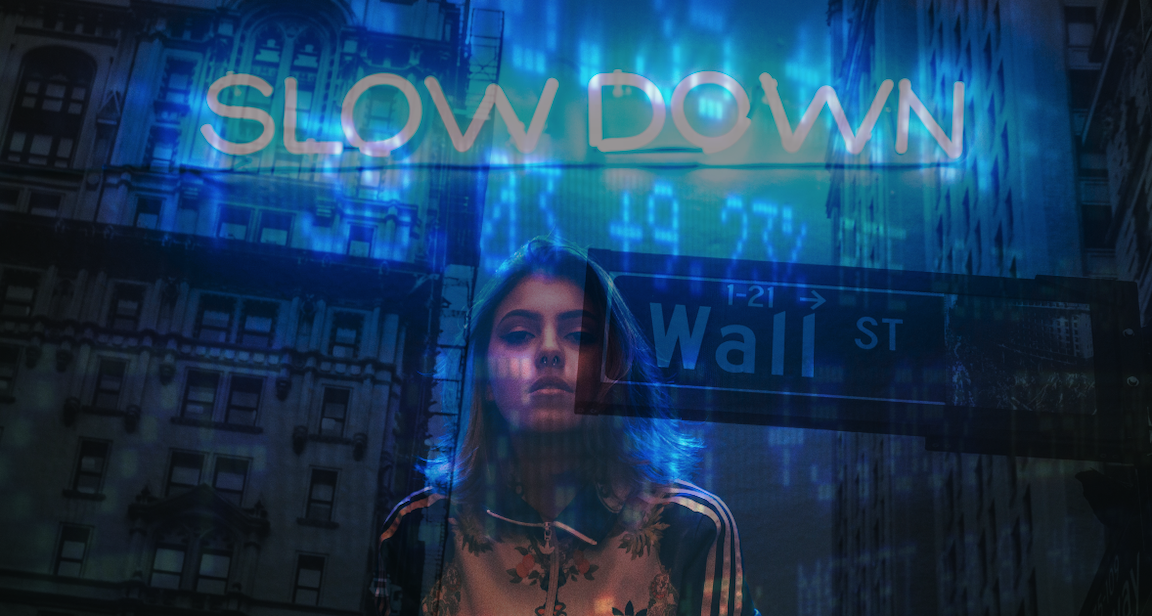 Markets generally retained what felt like a “blue sweep” bias across the Election Day cash session stateside, as equities surged and bonds fell with just hours to go before the first results began to trickle in.

At one juncture, US stocks were higher by nearly 2.5%. Financials and industrials paced gains, possibly indicative of expectations for a more pro-cyclical post-election environment. Oil rose, but that’s mostly an idiosyncratic story for now — OPEC+ looks poised to delay a planned January taper of output cuts amid fresh demand worries tied to new lockdowns in Europe.

The dollar, meanwhile, slumped ahead of vote counting. It was yet another indicator that markets were expecting (or at least leaning in the direction of) an election outcome that opens the door to wider deficits with a “capital outflows/loss of US tax-haven status ‘kicker’,” as Nomura’s Charlie McElligott put it Tuesday.

Do note that although bonds were under pressure, the long-end was cheaper by just 4bps — it was hardly dramatic.

“Election Tuesday offered reinforcement of the Treasury market’s underlying bear steepening bias, although there was a decided reluctance to breakout in any decisive fashion,” BMO’s Ian Lyngen, Ben Jeffery, and Jon Hill said, in an afternoon piece out just before the close on Wall Street. “If there is a known victor by the time NY comes back on-line tomorrow, the trend for the balance of 2020 will already be established,” they added, before noting that “should the results be hazy in the morning, a pullback from the recent spike in rates goes without saying [but] a complete retracement of the recent bearish move is unlikely unless the process drags on for weeks, further undermining risk assets.”

That’s a very short excerpt, but there’s quite a bit of information compressed into just a few words. You can expect a bit of bull flattening in the event any Wednesday post-election ambiguity lingers into the back half of the week, but a big move lower (in yields) would likely require a serious risk-off move tied to a protracted battle for the keys to the Oval Office.

It feels somehow worth mentioning that at the close, US equities had gained 3% over the first two sessions of this all-important week in American history. This comes after the steepest selloff since March. One imagines the green bar in the simple chart below will look quite different, one way or another, come Friday afternoon.

There were some Election Day dramatics, although probably nothing like what’s coming in the event the vote is close. For example, a judge ordered the Postal Service to sweep processing centers immediately for undelivered ballots in key states including Pennsylvania, Florida, and Arizona.

There were also somewhat disconcerting reports that the president was seeking sensitive information from Pennsylvania. “Trump’s campaign asked at least three counties in Pennsylvania for a rundown of highly specific election security plans, including ballot storage locations and transportation details,” NBC said, citing an email. The Pennsylvania secretary of state reportedly advised counties not to comply and contacted the FBI.

The president sounded exhausted during an interview with Fox & Friends. Asked about reports that he may declare victory early, Trump delivered a raspy-sounding denial.

Later, he perked up and returned to form to rally the troops for what he predicted (disingenuously or not) would be a good night.

Bloomberg notes that legal challenges are now (basically) certain. “Trump is pledging a legal fight over vote counting that drags on after polls close — all but guaranteeing an ongoing struggle over pandemic-related voting rules if the election result is close,” a piece out Tuesday read. “Matthew Morgan, a longtime adviser to Mike Pence and now the Trump campaign’s general counsel, is leading the litigation strategy.”

Meanwhile, it’s worth noting that the largest credit ETF saw the biggest outflow in its history on Monday, ahead of the election.

That’s probably part profit-taking, but there are also duration concerns, as well as quality worries tied to downgrades. Of course, the Fed is a buyer, so it’s hard to imagine a scenario where things get too dicey.