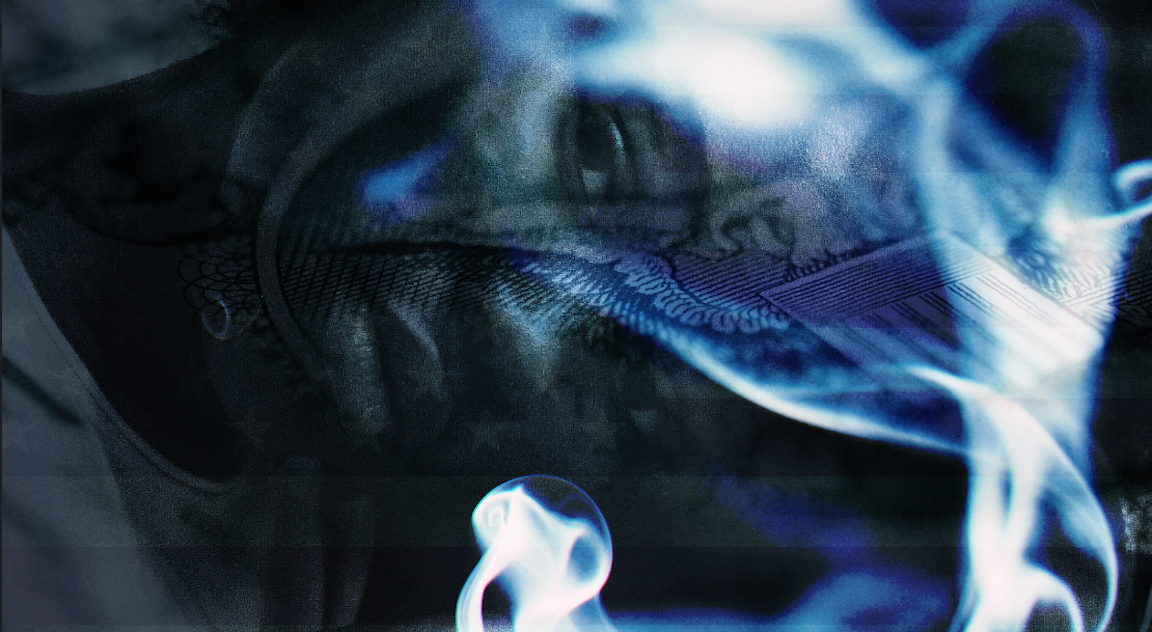 The last full week of trading before America’s date with what some still fear will be a constitutional crisis was not kind to equities.

US shares dropped nearly 6%, falling in four of five sessions, and cementing a second consecutive monthly loss in the process. It was the worst full week loss ever for stocks headed into a presidential election.

The pre-vote indigestion for risk assets was capped off Friday by demonstrable weakness in tech, which underperformed following earnings. Apple had its worst day since the early September tech correction. Twitter plunged ~20%.

You can cite any number of factors for the tech rout. There’s some truth to the simplistic narrative which says the bar is set so high after the summer rally that “nothing is good enough,” especially in the face of looming antitrust litigation and questions around social media’s 230 protections. But there are flow dynamics to consider, and besides all that, getting a “clean” read on anything with just days to go before the election is impossible.

Both the VIX and the Nasdaq fear gauge rose sharply, as did vol of vol, which went “bonkers” (to quote one colorful assessment) midweek.

The multi-session rise in realized vol (which “crashed up” to implied on Wednesday) triggered mechanical de-grossing flows from systematic, rules-based investors as “positions [became] too large and [had] to be sized-down,” Nomura’s Charlie McElligott said.

As was the case on Wednesday, bonds were not much use as a hedge during Friday’s equity selloff. In fact, yields were notably cheaper out the curve. For the week, 10-year yields were up three basis points, but rose seven basis points from Tuesday through Friday. Homegamers holding TLT as an SPY hedge were disappointed for the second straight week.

Real yields were up handily, although, as ever, “up” just means less negative. The dollar rose, and oil tumbled, capping its worst month since March. None of that was any good for junk bonds.

There was some “fun” chatter in the back half of the week from analysts who apparently felt the need to squeeze in one last warning just in case things do go off the rails next week, setting in motion a series of events that undermines America’s democracy.

Daniel Ahn, chief economist at BNP, called the prospect of a contested election result “terrifying” in e-mailed remarks to Bloomberg, for example. “If there is a constitutional crisis, we believe that the loss of political credibility and standing of the United States as a stable country could threaten its status as a safe haven with unfathomable consequences for the economy and for markets,” he said.

“Unfathomable” indeed. With apologies, that is self-evident. And the vol space has spent the last month (at least) trying to sort out the odds around such an outcome. Nobody is quite sure what the US would look like as an emerging market, tinpot dictatorship.

Frankly, I’m still not convinced that what I’ve called the “science fiction” scenario is completely off the table. Trump is likely to face myriad personal legal troubles if he loses the blanket protection afforded him by the office he holds. That in itself could be a powerful incentive to challenge a close election loss and may even motivate the president to act in ways that validate the concerns of those who fear an authoritarian turn.

BofA cautioned that in a worst-case scenario that finds America stuck in a kind of chaotic limbo, equities could plunge as much as 20%. In that (non)outcome, the real economy would likely suffer what the bank dubbed an “uncertainty shock,” as the read-through for stimulus would become cloudier than it already is, while businesses would be reluctant to spend or hire.

There are dozens of these types of notes. The bottom line is that the best outcome for markets in the near-term is a conclusive election that doesn’t lead to weeks (or months) of challenges and, crucially, doesn’t risk stoking social unrest.

There’s quite a bit of ambiguity around how rates and the dollar would behave in a nightmare scenario. While it’s often described as a “paradox,” it makes sense that Treasurys are often bid during risk-off moves ostensibly tied to the creditworthiness of the borrower (i.e., the US government). At the end of the day, the US cannot default on its obligations (or at least not unwillingly) and the country’s political stability has never truly been called into question. The “science fiction” scenario mentioned above could change things. It would still be impossible for the US to default involuntarily, but nevertheless, the world would likely be wary of tying up money in debt issued by an illegitimate government. While BofA reckons a chaotic outcome would push 10-year yields “materially lower,” the kind of “terrifying” questions raised by BNP’s Ahn don’t exactly argue for buying US government obligations.

In any case, one hopes it doesn’t come to any of that.

“A consensus blue sweep with known results in 48 hours would make the political contest largely a non-event from the perspective of US rates,” BMO’s Ian Lyngen, Ben Jeffrey, and Jon Hill wrote Friday afternoon. “Although Trump’s election four years ago was a surprise, going into election day he had around 1/3 odds,” they went on to say, noting that “the difference in 2020 suggests that a more decisive result could shorten the period of uncertainty that is likely to follow the closing of the polls on Tuesday night.”

Through all of this, let us not forget the pandemic. Some voters surely haven’t and neither have the victims or the grieving loved ones of those who lost their lives.

The US is now on track to begin logging between 90,000 and 100,000 new daily infections if no aggressive steps are taken to contain the spread. Europe’s largest economies are now back under lockdown, and despite Americans being generally averse to any kind of mandatory containment protocols, one wonders how many people need to die before enough is enough. Total American fatalities are closing in on a quarter-million.

Total US cases surpassed 9 million. I guess one way to look at it is just that if we keep going on the current trajectory, everyone in the country will eventually catch the virus. Now that’s herd immunity.