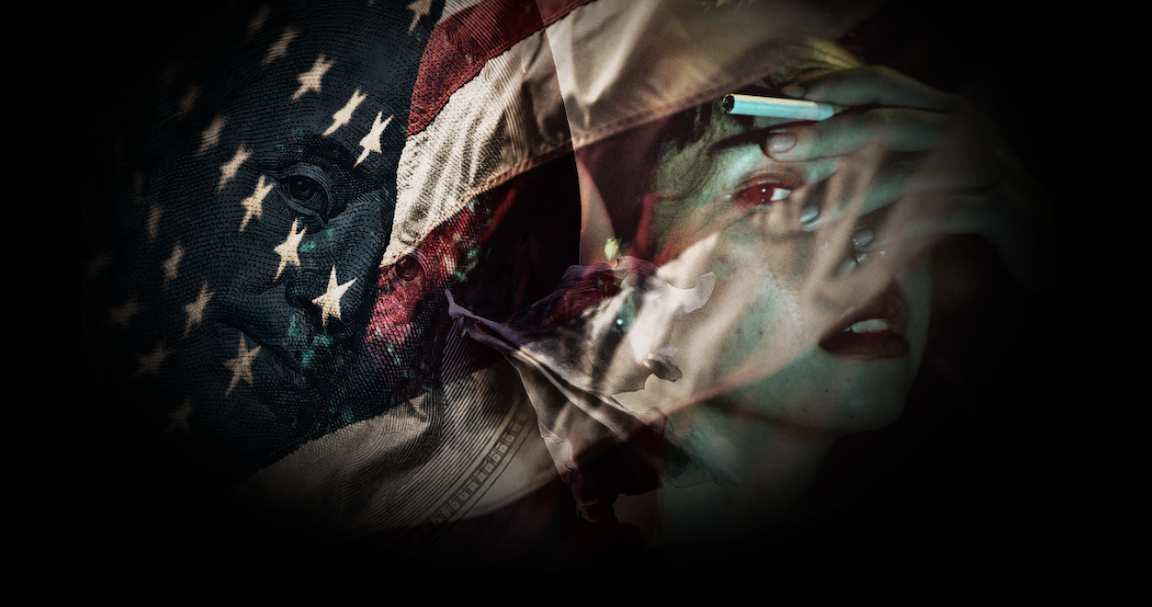 You can scarcely open Twitter without seeing something you don’t want to see, irrespective of how scrupulous you’ve been in choosing who to follow.

Earlier this week, while attempting to source a soundbite from Nancy Pelosi on stimulus talks, I ran across a rather unfortunate short clip of what looked like a kind of ad hoc, parking lot gathering of Donald Trump supporters — a tailgate without the football game.

People milled aimlessly about, moving between a smattering of late 90s sedans and a handful of trucks with flags mounted to their beds.

An angry man approached someone shooting a video of the proceedings on his phone. “Can you say that again?,” the cameraman asked, his voice dripping with amused condescension.

The subject enthusiastically obliged. “Joe Biiiiden waunts to dismainle this country. Are you stooooooopid?!,” the gentleman wondered, in a language that vaguely resembled English.

Delighted giggles emanating from behind the phone’s operator suggested the cameraman and his compatriots got just what they wanted: A walking, yelling stereotype. They treated him like a circus attraction. And then they posted him on Twitter, effectively giving millions a free ticket to the show.

In reality, that man is a victim. Poorly educated, clearly. And still buying a wholly implausible story sold to people like him all around the country by a charlatan whose entire life was spent peddling lies. It’s terribly sad, especially in its second incarnation.

I’ve variously described Joe Biden as a D.C. wall fixture and a consummate Beltway horse trader with no real designs on shaking anything up beyond what’s necessary to pacify a progressive movement whose time is coming, just not yet. I stand by that assessment.

But that’s almost beside the point in 2020. What matters now isn’t the “revolution,” as it were. Rather, what matters is bringing the country back from the brink. Biden is eminently more likable than Hillary Clinton. There’s not a shred of smugness in his demeanor, and his life story is, frankly, a tale of recurring tragedies interspersed with triumphs that, even when aggregated, pale in comparison to the losses and setbacks suffered along the way.

The very last thing Biden wants to do is “dismantle” the country. And folks like the man in the video described above would almost surely benefit from his policy platform which is gently (so, not at all radically) redistributive. More germane for disenchanted, white, lower-income Americans, Biden’s pitch is deliberately couched in much of the same blue collar-oriented rhetoric that helped Trump win in 2016, only sans disingenuous, cold-hearted, billionaire Manhattan real estate developer.

If there’s a process behind my writing, it essentially entails keeping a mental Rolodex of incremental information, charts, anecdotes, and quotables and waiting on the right opportunity to use them as anchors for articles that expand on a familiar list of subjects and themes. The man in the parking lot was in that mental Rolodex and so was the following chart:

A Pew study conducted in September of 2019 showed that around one-third of US adults (35%) personally owned stocks, bonds, or mutual funds outside of retirement accounts.

I nearly added the word “just” to the preceding sentence. That is, it initially said: “A Pew study conducted in September of 2019, showed that just around one-third of US adults (35%) personally owned stocks, bonds, or mutual funds outside of retirement accounts.” Leaving out “just” allows the reader to make their own, subjective judgement as to whether 35% is a respectable figure or not when it comes to financial asset ownership outside of retirement funds.

What isn’t subjective, though, is the fact that 14% is not high a number in this context, and that’s the percentage of lower-income Americans who own financial assets outside of an IRA or a 401(k). Also objectively low is the number (26%) of lower-income Americans who own financial assets through a retirement account. Less than half of that income group reported having a plain, old savings account.

Note that just 38% of middle-income Americans reported holding financial assets outside of a retirement fund.

For the better part of three years, Trump has repeated some version of “How’s your 401(k) doing?” while obsessively documenting every record high on the Dow in a bid to simultaneously mythologize his own impact on stock prices and suggest that surging equities are a boon to his base. It’s a false narrative on both accounts.

Trump habitually panders to a base that’s at least partially comprised of undereducated, working Americans who can generally be described as “downtrodden.” The reality is, most of those people don’t own any stocks outside of retirement accounts. In the case of any lower-income Americans who might be inclined to vote for the president, virtually none of them have personal investment accounts.

The numbers are higher for retirement accounts, but even there, less than two-thirds of the middle-class, and just a quarter of lower-income households, have 401(k)s or IRAs, based on the Pew study. While the long-term trajectory of equities is important for those folks, the short-term is largely irrelevant.

Crucially, these numbers are for ownership — any ownership. They’re not about concentration. Just because you own some stocks (in a retirement account or a personal account) doesn’t mean you own many stocks. And even if you think what you own counts as “a lot,” that is everywhere and always a relative term.

Underscoring that is Bloomberg’s Sarah Ponczek, who on Saturday wrote that the “divergence” between Trump as the president “most likely to kowtow to investor whims [and] Biden as the candidate who says his policies will be aimed at boosting everything but the 10% of American families who own 84% of all stocks, is a difference that might matter if all you care about is share prices.”

The same Pew study cited above showed that just 25% of Americans said the stock market contributed a “great deal” to their opinion of how the economy is performing. In fact, the stock market barely matters more to Americans than gas prices, if that tells you anything about how widespread stock ownership isn’t.

Sadly, nearly three-quarters of Americans say the federal budget deficit matters when it comes to their assessment of the US economy. That is a truly unfortunate finding, given that the deficit is actually their surplus.

The tragic part about all of this is that Trump has managed to convince large numbers of voters who neither own, nor care about, stocks, to care about them when it comes time to vote.

At rallies attended overwhelmingly by people who aren’t any semblance of rich and who are entirely unlikely to have sizable sums tied up in financial assets, Trump talks up the stocks the crowd doesn’t own. Invariably, they cheer — delirious for the very dynamics that are putting them further and further behind in an economic race that was already rigged against them, and became even more so in 2017 with Trump’s tax cuts for the rich and for corporations.

How many makeshift, parking lot, Trump tailgate gatherings do you imagine include discussions about elevated multiples and whether or not 10s at 80 basis points can still provide a hedge in an equity selloff?

My guess is not many.

24 comments on “Americans Don’t Really Care About The Stock Market. But You Can Sure Fool Them”