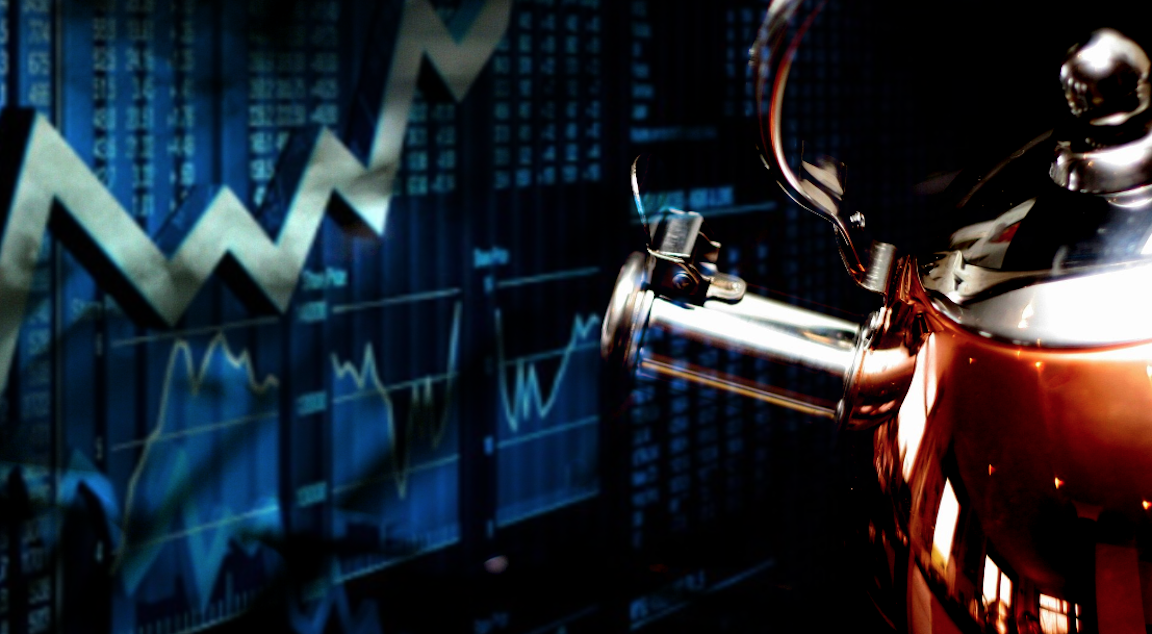 It’s a familiar dynamic and it played out again on Wednesday, as US equities careened lower amid a laundry list of concerns, not least of which was a new lockdown in Germany, where Angela Merkel stepped in to contain what Economy Minister Peter Altmaier called an “explosion” in COVID-19 infections.

“Equities options ‘Dealer Gamma vs Spot’ in both SPX and QQQ is significantly ‘short’ now and keeps us lurching lower,” Nomura’s Charlie McElligott said, in a midday note. In other words, hedging needs meant futures were being sold into the selloff.

And it’s not just the situation in Europe that’s rattling the market’s already frayed nerves with less than a week to go before an epoch-making election. Charlie asks if folks might be “getting [their] arms around [the] tax implications of a ‘Blue Sweep yet again?” He also suggests traders and investors could be pondering “the massive downsizing of prior fiscal stimulus expectations with [a] Republican Senate.”

Which of those alternative explanations you prefer is (fittingly) a function of how you’re predisposed politically. Chances are, if you’re Democrat leaning, you’ll be inclined to suggest that any equity weakness tied to election jitters emanates mostly from concerns about not enough stimulus in the event the GOP holds the Senate. If, on the other hand, you’re a Republican, you’ll probably say any pre-election selloff is just “evidence” to support the notion that the market doesn’t like higher taxes.

Whatever the case, McElligott employs his signature cadence in noting that “vol of vol is going absolutely BONKERS” as everyone suddenly grabs at tails into what he calls “atrocious market illiquidity.”

Of course, as noted here earlier, this is all being accompanied by a vicious dollar rally, which can (and will) feed on itself. That isn’t lost on Charlie (because nothing is ever lost on Charlie).

“And in ‘flight to liquidity’ fashion with a ‘short squeeze’ positioning kicker, US Dollar is ripping higher,” he wrote, adding that the SPX term structure between now and next week’s D-Day “is exploding higher as well, in major cringe fashion.”

The vol control crowd likely isn’t helping. With realized vols jumping, McElligott rolls out the standard reminder: Volatility is “your exposure toggle,” so as realized gets pulled higher, it “dictates rules-based deleveraging/selling.”

Finally, bonds weren’t much help Wednesday, as yields were steady despite the rout in equities.

Perhaps nobody is particularly excited about piling into duration ahead of a possible election outcome that could presage big spending and more coupon supply, both of which would ostensibly be bearish for the long-end.

All in all, Wednesday had the ingredients for what McElligott called a “freakout.”