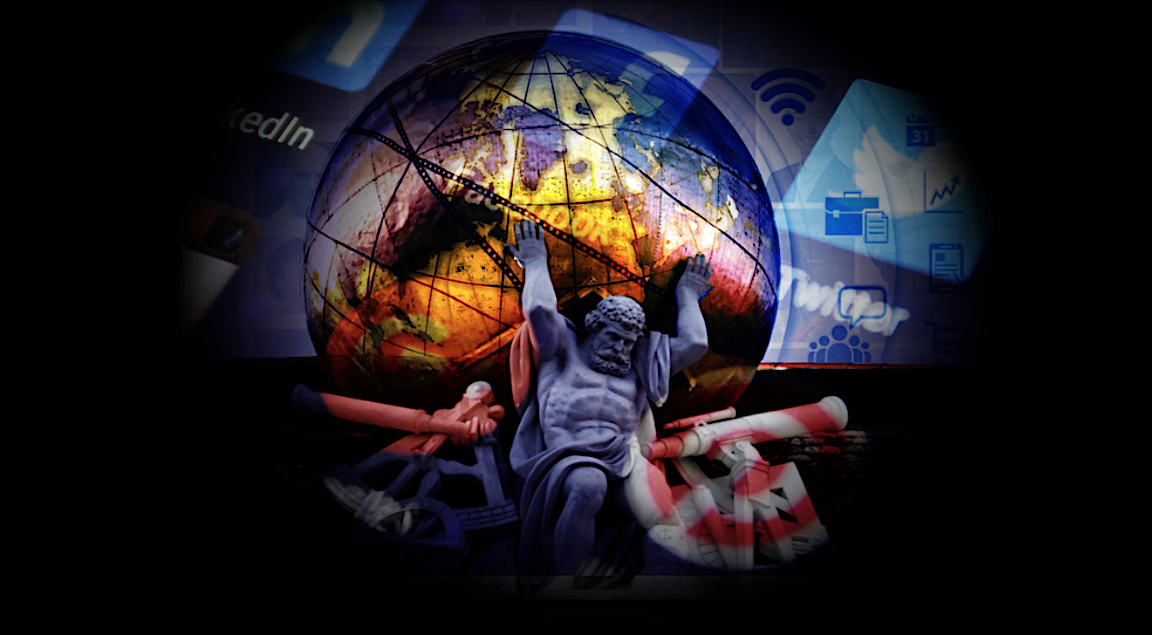 Tech shares weighed on equities Friday, as solid earnings from Apple, Facebook, Amazon, and Alphabet were juxtaposed with rich valuations.

Or at least that’s the prevailing narrative. Although the companies logged beats against consensus on most metrics, there’s a sense in which “nothing is good enough” (to quote one headline from Thursday evening) after tech’s stratospheric run. Twitter’s underwhelming user stats didn’t help. High profile bubble calls from the likes of David Einhorn reflect sentiment among the incredulous.

To be sure, index concentration hit absurd levels this year (the top five names comprise nearly 40% of the Russell 1000 growth index, for example) and valuations are, indeed, quite high. Over the summer of our discontent, the pandemic exacerbated already entrenched trends favoring a wholesale digitization of the human experience. That benefited tech handsomely.

But with high valuations comes a high bar. Sometimes the bar is set so high that it’s simply impossible to clear.

Of course, it’s difficult to parse the price action this week headed into the election. “It is a fact of nature that due to the still ‘in-sample’ 2020 tail events, in addition to the still-fresh scar tissue of the 2016 US election shocker, that bank market makers and dealers are hyper-conscientious from a risk management perspective, with regards to liquidity provision and facilitation into the event,” Nomura’s Charlie McElligott said. “Thus, depth of order book is currently horrible for anybody attempting to move anything, and any simple grossing-down of exposure will gap markets.”

He mentioned the pandemic and the crude price war, of course, but also the “Nasdaq Whale” and the Robinhood “gamma event.” When you think about the situation with tech, you can’t totally forget about the lingering effects of those latter two dynamics. Over the summer, the perpetual motion machine pushing tech shares higher (into a macro backdrop that favored work from home arrangements and digital interaction) got an injection of rocket fuel from a retail options frenzy and an institutional pile-on. That turbocharged the situation, leading to the blow-off top in late August.

“The ‘risk-off,’ ‘tech-off’ move extended in Asia. With markets in the pre-election window and the bid side lacking in any meaningful depth, market chatter that a prominent Asia (Japan) investor is liquidating tech stocks does not help matters either,” AxiCorp’s Stephen Innes remarked.

Whether the proverbial cracks are starting to show, or whether any post-earnings tech weakness is just a manifestation of spoiled markets behaving “badly,” will be impossible to discern amid opaque flow dynamics tied to the remnants of the Robinhood set’s summer YOLO’ing and any overhang from the “whale” trades. This is complicated immeasurably by the pre-election liquidity situation as described above by McElligott.

But the basic question we still need to ask is whether other sectors are prepared to take the baton in terms of market leadership. My answer, for now, would be “probably not” given concerns about the virus, which have short-circuited the pro-cyclical, reflation trade over the past week.

If the GOP holds the Senate and then proceeds to prevent the passage of a big stimulus bill in the US, that would likely further weigh on growth expectations, thereby making it even more difficult for anything other than secular growth to perform.

Remember, without tech, corporate America is little better than corporate “world,” as it were.

Gods Don’t Bleed (But Albert Edwards Isn’t So Sure)

1 comment on “For America’s Tech Titans, Weight Of The World Gets Heavy”