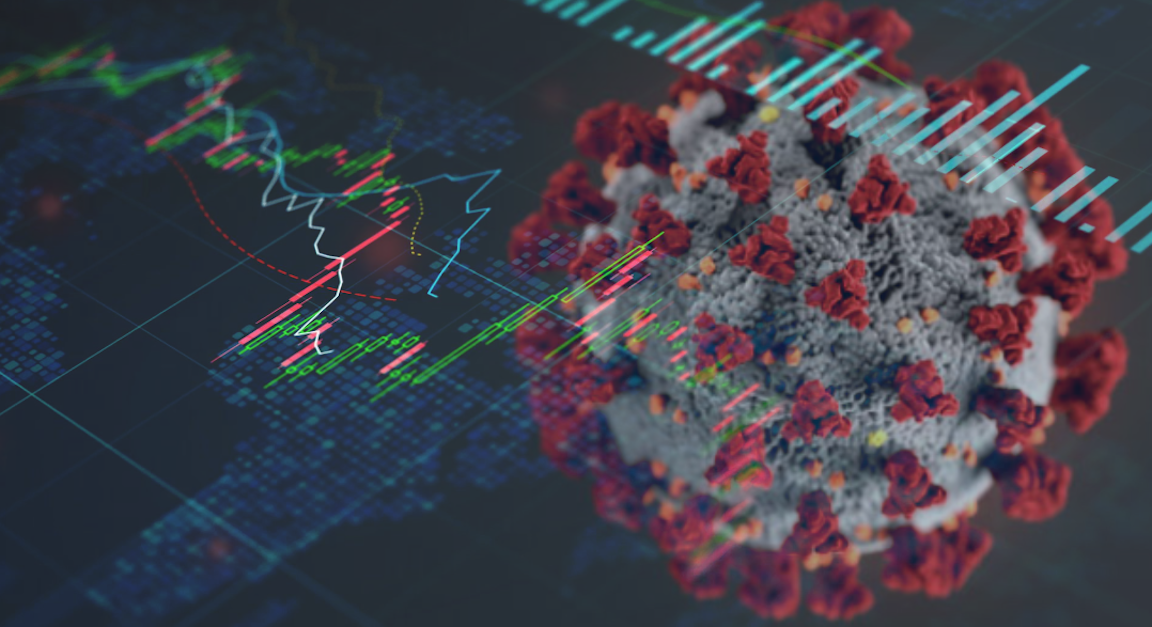 Daily coronavirus cases in Germany topped 20,000 for the first time since the onset of the pandemic, underscoring the urgency inherent in Angela Merkel’s partial lockdown, announced Wednesday to the chagrin of European equities.

The country recorded more than 23,500 new cases in the 24 hours through Thursday morning. Daily deaths rose to the highest in almost six months.

European stocks attempted what felt like a feeble bounce after logging steep declines Wednesday, but the mood was cautious to say the least. “The resurgence of COVID-19, especially in Europe, and the proximity of the US election, dominate,” SocGen’s Kit Juckes wrote. “After three days of falling equity prices and rising cross-asset correlations, we’re seeing a brief respite, but the foundations aren’t convincing enough to buy risk assets or sell volatility yet.” No, indeed they are not.

“The virus is circulating in France at a speed that even the most pessimistic forecast didn’t foresee,” Emmanuel Macron said, in the course of announcing a fresh lockdown starting Friday which includes the closure of bars and restaurants, a ban on domestic travel and public gatherings, and the shuttering of non-essential retailers.

Needless to say, the strict new containment measures in Europe’s two largest economies will deal a blow to the European services sector. Germany planned to fund three-quarters of lost sales for some companies, but nevertheless, the chances of a double-dip recession have now increased materially.

“The sharp fall in economic activity in the second quarter was not only driven by the lockdowns but also by supply chain disruptions and fading external demand,” ING said Thursday. “Even if the German government announced to pay companies hit by the second lockdown a grant of 75% of their November 2019 turnover, renewed uncertainty, lockdown-fatigue, job losses and bankruptcy fears will dent confidence, spending and investment,” the bank added, calling a double-dip “unavoidable.”

Macron warned that ICU facilities in France could be maxed out with COVID patients by the middle of November if the country doesn’t manage to get a better handle on the situation. 400,000 additional people could die in months, he said, adding that “there’s no magical solution.”

Making matters worse on Thursday was a deadly knife attack in Nice that killed two people. The incident is being investigated by anti-terrorism prosecutors. At the risk of jumping to conclusions, it’s probably not a stretch to say this is another deadly episode in France’s struggle to combat religious extremism. If that turns out to be the case, it will add to tensions between Macron and the Muslim world. Recep Tayyip Erdogan exacerbated those tensions last week, and acrimony between France and Ankara is a concern for markets, especially as Turkey grapples with a currency crisis.

When it comes to the unchecked spread of the virus across Europe and the US (and the attendant market swoon), Rabobank’s Michael Every notes that nobody ever cares until advanced economies are impacted.

“Of course, COVID-19 has been rampaging across swathes of the developing world for months, such as India with its 8 million cases, yet that didn’t seem to matter at all to ebullient markets until this week,” he wrote Thursday, before employing a bit of his signature sarcasm to drive home the point.

“Suddenly it all does matter, however. I mean, just imagine a European not being able to go to a restaurant on a Wednesday night and having to cook at home!,” Every exclaimed. “Imagine a skiing holiday being cancelled! Thus risk is now off and sentiment has turned and equities have tumbled.”

2 comments on “No Magical Solution”