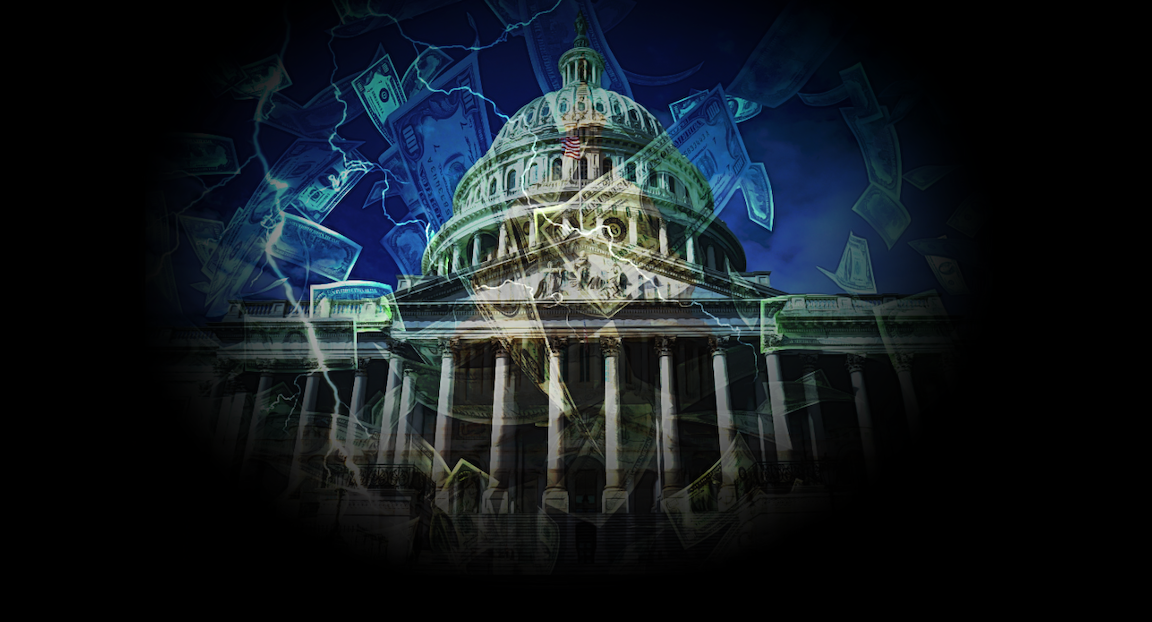 “STIMULUS! Go big or go home!!!,” Donald Trump exclaimed on Tuesday, in a public version of what one imagines are any number of similarly urgent private messages delivered to reluctant Senate Republicans.

There was scant evidence to suggest the legislative pathway for a comprehensive virus relief bill was clearing. Although House majority leader Steny Hoyer told MSNBC that both Nancy Pelosi and Steve Mnuchin want a deal, disagreements remain.

Apparently, there’s common ground on airlines and payments to families, but Pelosi seems to think she can extract anything she pleases from Trump after last week’s befuddling about-face from the president, whose “go big” tweet was seen as a rebuke to Mitch McConnell’s latest gambit, which will entail holding a vote on a narrow plan to replenish Paycheck Protection Program funding.

Read more: Waterloo And ‘The People’

“Republicans do not agree that nothing is better than something for working families,” McConnell said Tuesday, in disingenuous remarks that belied his own repeated admission that many Senate GOPers do not, in fact, want to deliver additional stimulus to families, or anyone else for that matter.

“The American people need Democrats to stop blocking bipartisan funding and let us replenish the PPP before more Americans lose their jobs needlessly,” he continued.

Again, that is disingenuous. The fact is, McConnell is standing in the way of a comprehensive stimulus package and everyone from Democrats to moderate Republicans to Wall Street analysts to political pundits to Donald Trump himself, knows it. In no sense is McConnell’s latest scheme (really just a redo of September’s doomed bill) an effort to “Go big.” In fact, it’s explicitly the opposite, which is presumably why Trump felt the need to take to Twitter.

With just three weeks to go until the vote, getting checks in the mail or deposited into bank accounts seems far-fetched given McConnell’s reluctance to get anywhere near the price tag on Mnuchin’s latest offer to Pelosi, which was rejected anyway.

Note that this will be the second time McConnell has effectively dared Democrats to block a targeted bill. But I doubt “dared” is the right word. There’s nothing to lose for McConnell. If Democrats don’t go along, he can perhaps score a few points here or there by claiming to have tried “one more time” for small businesses prior to the election. And if they do go along, the associated spending would pale in comparison to the $2.2 trillion Pelosi continues to demand, thereby allowing Mitch to make some claim about being fiscally “responsible” while still “addressing the needs” of everyday Americans. What seems totally out of the question under any scenario is consideration of a bill with a price tag in the neighborhood of $2 trillion.

“The Senate is expected to reconvene on Monday, barely two weeks before the election, but McConnell said the Senate would have time to consider both a coronavirus bill and Amy Coney Barrett’s nomination before the election ‘unless Democrats block this aid for workers’,” Politico wrote, adding that “it’s not entirely clear if Democrats will allow debate on the bill, but they voted down a similar proposal in September.”

For her part, Pelosi called McConnell’s approach a nonstarter Tuesday in a call with House Democrats. She has no desire to meet McConnell anywhere in the middle of anything, and made it clear that in her view, Trump’s only two goals are to boost the stock market before the election and make sure his name ends up on stimulus checks.

As Bloomberg rather dryly notes, citing participants on the call, Pelosi “highlighted that her side’s negotiating position is even stronger after Trump’s ‘go big’ tweet.”

Speaking to Politico for a separate piece published Tuesday, one conservative policy advocate described as being “closely involved in Barrett’s confirmation process,” said that when it comes to Trump, “people are a little bit fatalistic.”

“Whatever happens, happens,” the person said, referencing the president’s fate at the polls. “We’ve just got to focus on Barrett right now.”