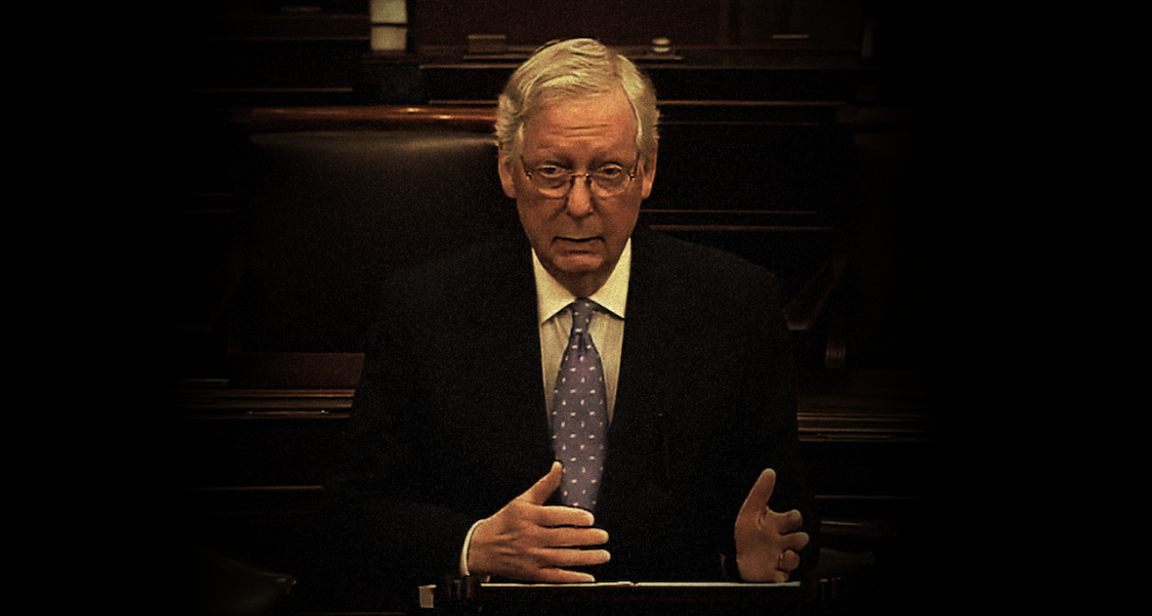 “The White House might be less interested in enacting a $2 trillion deal if payments to individuals—one of the few components the President has emphasized recently— are unlikely to reach voters until after the election given the little time left,” Goldman’s Alec Phillips mused, in a note documenting some of the recent twists and turns in the fiscal stimulus soap opera stateside.

That speaks to one of the many unfortunate realities of Beltway horsetrading. Political expediency comes first. And also last. In other words, it’s all that matters.

Direct payments to households would be a welcome development for many working families struggling to make ends meet at a time when the unemployment rate remains elevated, jobless claims are still well above pre-pandemic records, and evidence of structural damage to the labor market is piling up.

But, again, that’s not what matters. It’s not whether households can actually use the money. Rather, it’s whether The White House can use the checks (and direct deposits) to regain some ground in the polls.

On the other side of the equation, Democrats are acutely aware that green-lighting another round of direct payments may improve Trump’s election odds, and that’s likely prompting Nancy Pelosi to drive an even harder bargain than she would normally when dealing with this administration.

But both calculuses (i.e., The White House’s thinking and Democrats’ strategy) at least acknowledge some connection between the economic needs of voters in a pandemic and politicians’ capacity to meet those needs. That is, inherent in the idea that both The White House and Democrats are conceptualizing of the next virus relief bill in terms of how its provisions may affect the outcome of the election, is the notion that voters are part of the equation — that even if what they need doesn’t matter in a general sense, it matters to the extent they are about to cast votes with the potential to effectuate a dramatic shift in power dynamics.

Mitch McConnell and Senate Republicans, on the other hand, are currently acting as though voters don’t even exist.

McConnell’s calculus right now is simple. In less than three weeks, the GOP is facing a prospective wipeout at the polls. Between now and then, he has a chance to cement a 6-3 conservative majority on the Supreme Court. If a few (thousand) American families have to suffer another couple of weeks of food insecurity to make sure that gets done, so be it.

McConnell’s cynical dial is always set on “max.” Right now, it’s cranked up to a Spinal Tap-ish “11.” The idea that he would chance any sort of delay in Amy Coney Barrett’s nomination process in the interest of marshaling support for a stimulus package is laughable — a total non-starter. Even as permanent layoffs surge and the median length of unemployment rises.

“Proving once more that there’s no bottom to how low he’ll go, McConnell explained to reporters in Kentucky that he wasn’t ready to push a stimulus deal because ‘the situation is kind of murky, and I think the murkiness is a result of the proximity to the election and everybody kind of trying to elbow for political advantage,'” Maureen Dowd wrote, in an opinion column for the Times late last week, as Trump completed his about-face on stimulus only to be confronted with the harsh reality that is Mitch.

“So it’s fine to elbow for political advantage and push to replace R.B.G. with an arch conservative… in proximity to the election. But a bill that would help millions of suffering Americans as the economy goes down the tubes? Nah. That’s too murky,” Dowd went on to chide.

Importantly, you needn’t take a position on whether it is or isn’t appropriate to replace the late Justice Ginsburg this close to an election, let alone express an opinion on Amy Coney Barrett, to acknowledge McConnell’s cold-blooded calculus. If lives weren’t on the line, it would be amusing. But they are. And it’s not. Respectively.

Goldman’s Phillips explains this in neutral terms, stripped of all bias. “Senate Majority Leader McConnell and other Republican leaders might balk at putting a bill on the floor, for two reasons,” he wrote, in the same note cited here at the outset, adding that,

First, they are likely to want to prioritize the confirmation of Amy Coney Barrett to the Supreme Court; her nomination is unlikely to come out of committee until around October 22 and McConnell has made clear that he does not intend to vote on any stimulus legislation until she has been confirmed. As Barrett’s confirmation vote is expected to occur within days of the election, this leaves little time to debate and pass a fiscal package, and even less time to actually implement any of the provisions. Second, congressional leaders, in both parties, generally avoid putting legislation on the floor that the majority of their party opposes. This would likely be the case with stimulus, as a proposal worth around half of what President Trump is currently proposing did not appear to have broad Republican support when it was floated in late July.

It’s just as simple as that for McConnell. There is no room in his calculus for everyday Americans, and especially not for those who aren’t going to vote Republican.

Indeed, it’s likely that McConnell believes next month’s outcome is preordained, even if the votes aren’t all cast — that is, he may think that the number of fence-sitters is so small that even if all of them could theoretically be cajoled into voting for Trump and voting Republican on the down ballots, it wouldn’t change the outcome. When you consider that direct payments would only go to households whose annual income is below a certain threshold, this characterization of McConnell’s thinking seems even more plausible — those households aren’t likely to vote Republican no matter how much money you send them.

A poll conducted by The Hill earlier this month (and I have no idea how scientific it was, so don’t shoot the proverbial messenger), showed that “an overwhelming majority of voters believe the Senate should prioritize coronavirus relief over confirming Amy Coney Barrett.”

The margin was 74% to 26%. 55% of Republicans said the Senate should address stimulus first.

Again, it doesn’t matter. This is Mitch McConnell we’re talking about. He’s got ice in his veins. It would be supremely ironic if, after everything, this turns out to be Trump’s Waterloo. Not Robert Mueller, not impeachment, not any “deep state,” and not any “witch hunts.” But rather, Mitch McConnell.

Coney Barrett’s announcement ceremony late last month was a veritable who’s who of Republicans and top officials. It turned out to be a COVID super-spreader event. Do you know who wasn’t there? I’ll give you one guess.

“I actually haven’t been to the White House since August 6, because my impression was their approach to how to handle [the virus] was different than mine and what I insisted that we do in the Senate, which is to wear a mask and practice social distancing,” McConnell said last week.

You don’t want to be on the Beltway edition of “Survivor” with McConnell. But that’s exactly where Trump is right now.

Wedged between dozens of bombastic tweets and retweets from the president on Monday was an exhortation to stimulus. “The Republicans are giving the Democrats a great deal of time, which is not mandated, to make their self serving statements relative to our great new future Supreme Court Justice,” he said. “Personally, I would pull back, approve, and go for STIMULUS for the people!!!”

He should have thought about that before he gave McConnell the opportunity to hold the hearings in the first place. Now, it’s almost surely too late for “the people!!!”

5 comments on “Waterloo And ‘The People’”