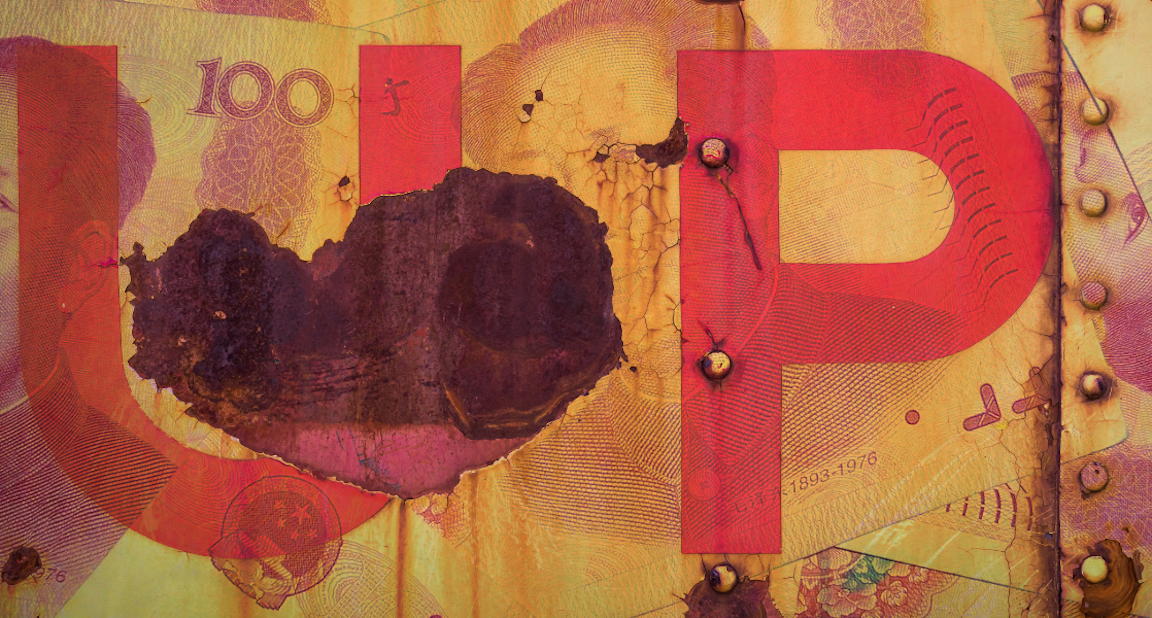 Investors come into the new week with scarcely more clarity on another round of US fiscal stimulus than they had Friday, when Donald Trump completed his about-face, backing nearly $2 trillion in funds to help support the nascent recovery in the world’s largest economy.

The weekend yielded nothing in the way of concrete progress and the Senate is now squarely focused on Amy Coney Barrett, despite the rather self-evident notion that the vast majority of Americans would prefer lawmakers pass a virus relief bill than confirm a Supreme Court nominee if they had to choose between the two in the weeks leading up to the election.

Earnings season kicks off Tuesday, so anyone who still cares about the fundamentals will have a chance to assess how corporate management teams coped with the myriad COVID-related challenges and distortions that lingered in Q3, when various lockdowns and containment protocols were still in place across the country. Stocks are expensive — but you know that.

The yuan obviously plunged on Monday (red in the figure below) after China relaxed a rule that made it more expensive to short the currency, an effort to tap the brakes on a rally that culminated in a mammoth 1.6% gain coming off the holiday on Friday, the largest single-day upside move in more than a dozen years (orange in the figure).

Monday’s fix was slightly weaker-than-expected, suggesting authorities wanted to reinforce the message without being so aggressive as to prompt a disorderly move weaker. Offshore yuan vols rose across the curve.

“[This] underlines the message for the umpteenth time that this is not a free market: How many of the FX analysts saying CNY would keep moving towards 6.50 short term were unable to remember that key fact?,” Rabobank’s Michael Every wondered on Monday.

Some say it will be difficult for the PBoC to curb yuan strength in the near- to medium-term. The Chinese economy is recovering faster than the rest of the world from the pandemic, and China has taken a much more measured approach to monetary easing over the course of the crisis compared to the developed world.

Those two factors (economic outperformance and monetary policy divergence) are supportive for the currency. Over the weekend, Yi Gang suggested the PBoC will continue to map out a “normal” monetary policy path. A Saturday article in China Finance, a biweekly magazine published by the central bank, found Yi reiterating that too much stimulus chances unsustainable debt burdens and asset bubbles, something China knows a thing or two about. The yuan is coming off the best quarter against the dollar in 12 years.

All of that suggests it’s going to take some follow-through for the message to “stick,” as it were. Remember, enforcing (and then lifting) reserve requirements on forwards transactions is a tool the PBoC has employed before. “The last time the PBoC reduced the RRR for FX to zero was in September 2017, which, similar to now, followed a period of rapid renminbi appreciation,” SocGen’s Jason Daw wrote, recalling a move that followed a summer of currency appreciation in 2017, when China was perhaps attempting to pacify the new US president.

“In the 2017 episode USD-CNY rose from 6.50 to 6.69 over a three week period, then stabilized for a couple months before falling all the way to 6.25 over the next three months,” Daw goes on to recount, noting that “whether [Monday’s] weakness extends over the coming days/weeks will depend on if the policy change for FX forwards is followed up with weaker fixings or even intervention.”

In any event, this week’s other “big” story is a self-imposed Brexit deadline set out by Boris Johnson, who has once again put the UK behind the proverbial eight ball in fraught negotiations with the EU. In short, nobody believes he’s going to walk away and Brussels may call his bluff. Pound traders are apparently not all that concerned, at least going by currency options.

“The market’s complacency is predicated on the evolution of all matters Brexit ever since the UK voted to leave the EU in June 2016,” Bloomberg’s Ven Ram remarked. “Political bluster from both sides means that nothing ever gets decided until the very last minute.”

That applies in “all matters” Washington D.C., too — in case you haven’t noticed.