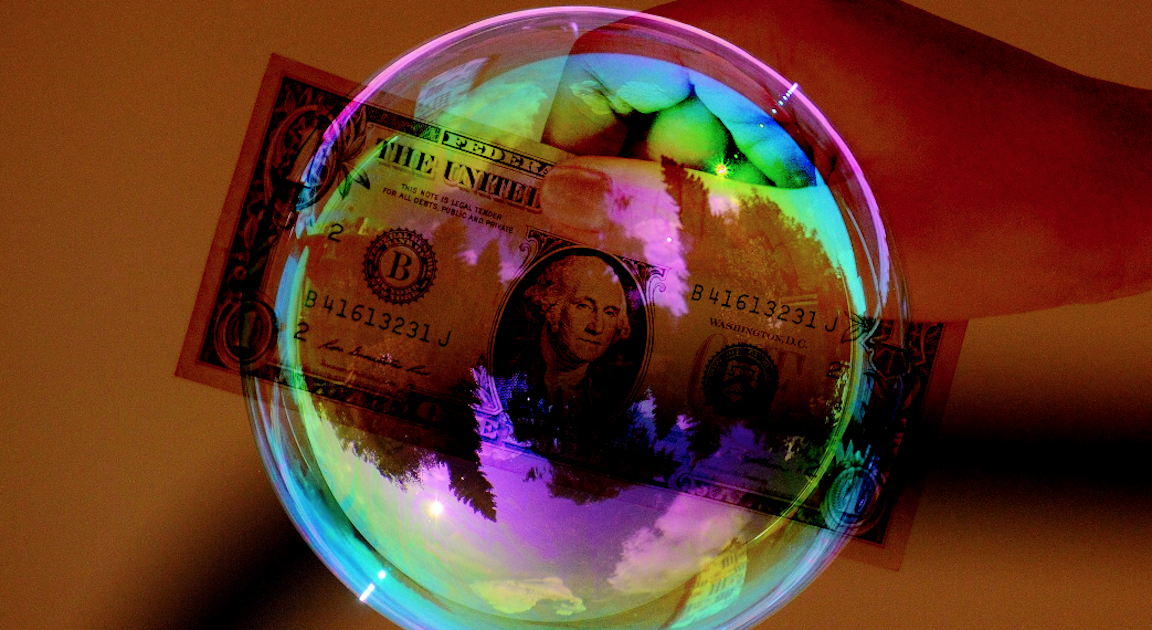 Assuming market participants can somehow focus on corporate fundamentals amid what is sure to be a deafening cacophony of stimulus soundbites and election jostling, earnings will come into focus in the new week.

Corporate America suffered a catastrophic plunge in profits during the second quarter, but as bad as it was, it could have been worse.

Early estimates projected a veritable profit apocalypse, and even on the eve of Q2 results, consensus was still looking for a ~43% drop. Ultimately, the damage was limited to “just” a 32% decline. That would have sounded wholly bizarre had you suggested it in January. The pandemic forced us to recalibrate the realm of the possible.

The green shaded area (figure above) shows you how far afield we are from what analysts were expecting pre-pandemic. One can only quote Judy Garland: “Toto, I’ve a feeling we’re not in Kansas anymore.”

If you’re wondering what to expect for Q3 results, the pandemic effects will be significant. Consensus sees a 21% YoY decline. Lockdowns and virus containment measures of one kind or another were still in place throughout the quarter.

Goldman’s US re-opening scale averaged “between 4 and 5 on a continuum between 1 (lockdown) and 10 (fully re-opened),” over the period, the bank remarks, noting that “the consequences of the semi-frozen economy on an uneven road to recovery will be visible in Q3 results.”

Big bank earnings will take center stage in the new week. You’ll recall that during the second quarter, the juxtaposition between Wall Street and Main Street was laid bare in a literal sense by the stark contrast between massive loss provisions and windfall gains from trading and underwriting.

All told, the largest five US investment banks raked in $33 billion in trading revenue during the second quarter, while BofA, Wells Fargo, Citi, and JPMorgan set aside almost the exact same amount for losses amid the deepest US recession in a century.

The mad dash by corporate management teams to raise capital in the second quarter translated into still more billions for Wall Street.

In fact, Goldman, Morgan, Citi, and JPMorgan together generated some $25 billion between them counting FICC revenue and debt underwriting fees.

Companies rushed to take advantage when the Fed’s promise to backstop corporate credit markets opened the door for new issuance.

Blue-chip US corporations issued more new debt in the first half of 2020 than in all of 2019. In August, investment grade borrowers smashed the all-time record for annual issuance. The junk market topped its own full-year record in September.

Although investment banking fees and trading revenues should hold up well, JPMorgan and BofA both trimmed their outlook for net interest income last month and Citi warned that trading results won’t be a panacea.

Once everyone has their fun writing headlines about trading and underwriting, observers will be keen to parse the results for signs of sluggish loan demand amid the still tenuous economic recovery. Folks will also look at any additional reserve builds for clues as to what banks expect for the economy, which, the guaranteed mechanical GDP bounce off Q2’s apocalyptic plunge notwithstanding, remains on shaky footing.

Stepping back from bank results to look at the bigger picture, Goldman cites a trio of themes that will likely define third quarter results.

First, the bank sees “a collapse in margins, with aggregate index-level margins compressing by 220 bp on a YoY basis to 8.7%.” Second, a “modest” 3% drop in aggregate sales will belie what Goldman calls “the bi-modal story beneath the surface [where] cyclical sectors will suffer sharp revenue declines led by Energy (-32%).” Third, Goldman expects “most managements will still be reluctant to provide forward earnings guidance” given uncertainty around the timeline for a vaccine, the fluid nature of fiscal stimulus negotiations, and, of course, expectations of a “contentious” election.

All of those factors, Goldman writes, “are valid reasons for executives to minimize forward-looking commentary.”

90% of Nasdaq 100 stocks are currently trading above their 200-day moving average.

0 comments on “Earnings Season Is Here”