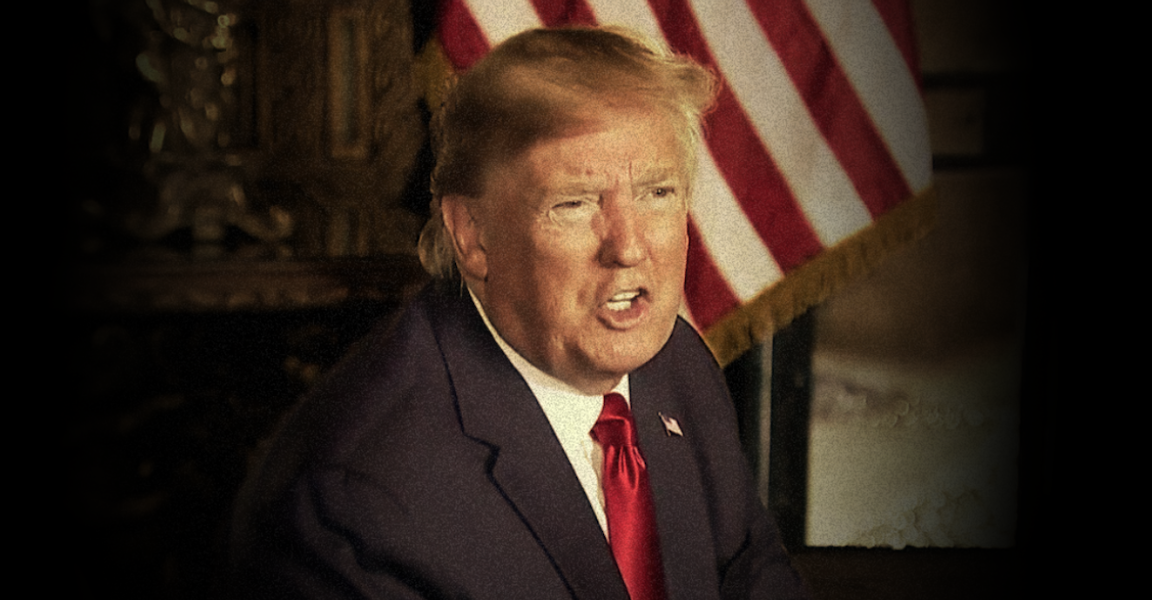 On Saturday, Donald Trump hosted what amounted to a mini-campaign rally from a balcony at The White House, where he bellowed down to several hundred supporters gathered on the yard.

By his own account, the president is “feeling great.” “I know you’ve been praying, and I was in that hospital, I was watching down over so many people,” he said.

Trump wore what looked like a bandage on his right hand, likely a remnant of intravenous COVID-19 treatment.

The event was organized by Candace Owens, an opportunist who, for lack of a better way to describe the situation, spent the last couple of years becoming a minor celebrity based almost solely on being simultaneously African American, young, and an outspoken Trump supporter, a combination that exists outside of Owens only in the person of Kanye West.

According to e-mails obtained by the media, some guests may have had their travel and lodging arrangements paid for an Owens-led group called (unfortunately) “Blexit,” which encourages African Americans to leave the Democratic party.

Trump is anxious to prove his vitality, but from a political strategy perspective, events like Saturday’s spectacle don’t help. The president appeared healthy, but spoke for just 15 minutes. It felt palpably desperate. Enlisting Owens to conjure up a few hundred people for a totally unnecessary event on the South Lawn is a far cry from the U2-style stadium rallies that defined the president’s 2016 campaign.

The relatively small gathering probably violated the Hatch Act, but that’s nothing new. He did it for the Republican National Convention less than two months ago and outside of social media, nobody seemed to care all that much.

Rather, Trump’s contrived Saturday spectacle was met with more sighs than jeers, although many worry he may have again chanced presiding over a super-spreader event, even as masks were required.

Towards the end, the crowd was induced to chant “We love you, we love you.”

To which Trump responded, “I love you too.”

Also on Saturday — and this is real — the Taliban endorsed Trump for a second term.

A year ago last month, Trump infamously invited officials from the group to Camp David on the anniversary of 9/11, optics be damned. Ultimately, he called off the meeting after the Taliban claimed responsibility for a car bombing in Kabul that killed a dozen people, including an American soldier.

In February, Trump managed to get a peace deal done with the group, paving the way for US troops to withdraw from Afghanistan. While that’s obviously a good thing, it goes without saying that there are lingering concerns about the Taliban’s own commitments under the accord.

Taliban officials were comically colloquial in remarks to CBS over the weekend. “Honestly, Trump was much more honest with us than we thought,” one senior member said. “Even we were stunned with his offer to meet in Camp David.”

But it’s not lost on the group that what’s good for the Taliban might not be good for everyone else.

As another senior member put it, “Trump might be ridiculous for the rest of the world, but he is [a] sane and wise man for the Taliban.”