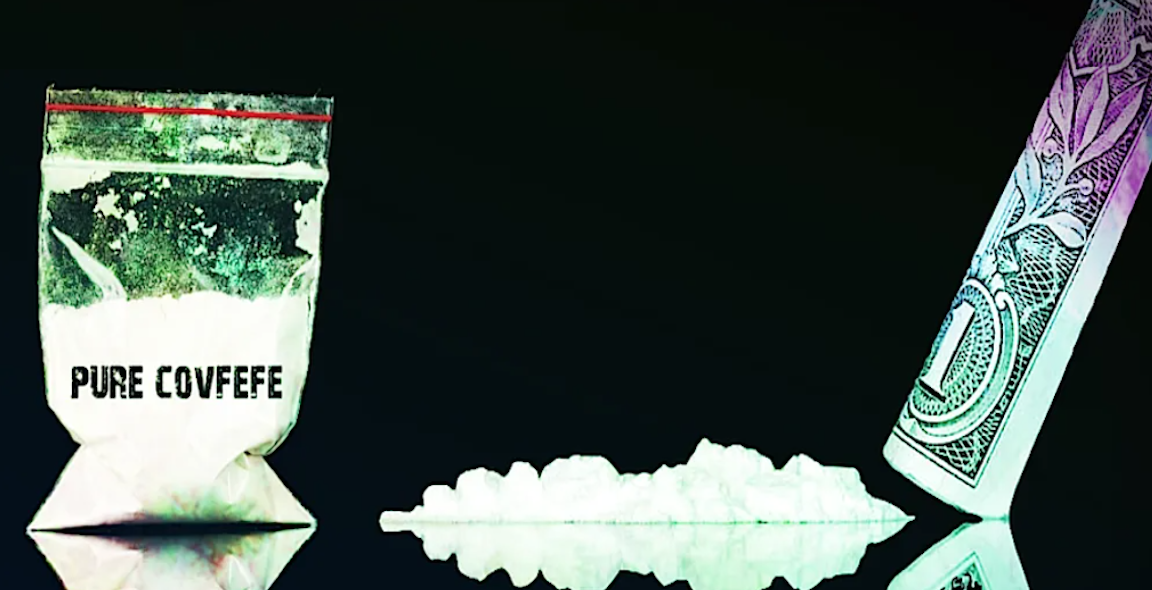 If Donald Trump was trying to raise (more) eyebrows by refusing to commit, explicitly, to a peaceful transfer of power should he lose the election, he certainly succeeded. His Wednesday afternoon remarks were a trending topic Thursday.

As ever, it’s not clear that what the president said was actually “news”. And that speaks to just how far afield America is. Although we shouldn’t normalize the behavior, it’s hard to imagine Trump responding any differently when asked about a close election. His standard reply (and not just to this question) is “we’ll see what happens”. He’s also rolled out that response when asked about North Korea’s nuclear program, war with Iran, and slapping tariffs on the entirety of Chinese imports.

That said, the president revels in divisive politics, so it’s entirely possible he was deliberately stirring the proverbial pot Wednesday. He needs controversy like a fire needs oxygen. His Twitter account is a testament to that.

Indeed, JPMorgan is back to talking about its proprietary “Volfefe Index“, named for Trump’s infamous “covfefe” gibberish tweet, and rolled out last year to measure the effect of Trump’s social media bombast on rates volatility.

This is yet another situation in which the undeniably comedic nature of Trump’s shenanigans belies the existential crisis created by the same autocratic tomfoolery.

Younger and Salem constructed the “Volfefe” index with the help of their “trained tweet classifier” which, according to the original study, allowed the bank to “produce an inferred probability that each tweet is market-moving by 0.5bp+ in the next five minutes”.

In 2020, tweets containing pandemic-related key words such as “ventilators” moved markets more than (virtual) shouting about “China” and the trade war. Although the impact has waned, “presidential tweeting remains a statistically significant driver of volatility and options pricing in interest rates”, Younger says, before noting that if Trump’s “pronouncements” between now and November begin to skew heavily towards COVID and the election, “it could be a bullish factor for volatility”.

This sounds absurd, and to a certain extent it is, but remember that Twitter has been forced to take steps recently to protect the public from misinformation posted by the president and some of his allies.

Facebook, meanwhile, is working on a number of what the platform’s Nick Clegg this week described as “break-glass options” in the event the US descends into anarchy. During an interview with The Financial Times, Clegg described measures the company may take “if there really is an extremely chaotic and, worse still, violent set of circumstances”.

It goes without saying (or at least it should), that Trump will likely live-tweet the results on election night, even as he knows the outcome won’t be decided for weeks. If it’s a landslide and he decides to challenge the results as fraudulent, he’ll probably preview that on Twitter too. On Wednesday, Trump said he expects a Supreme Court battle. In the same remarks, he emphasized how important it is to get his nominee confirmed ahead of November. It’s certainly not a stretch to suggest the president will allude (or already has) to a quid pro quo with the nominee — i.e., I put you on the high court, and you cast the swing vote for me if it comes to that.

On Thursday, lawmakers on both sides of the aisle were at pains to explain away or denounce (depending on party affiliation) Trump’s noncommittal response to Wednesday’s question about peaceably leaving office.

“There will be an orderly transition just as there has been every four years since 1792”, Mitch McConnell tweeted.

“Any suggestion that a president might not respect this Constitutional guarantee is both unthinkable and unacceptable”, Mitt Romney said, without even a hint of irony to account for the fact that his support for rushing a new SCOTUS nominee to the bench may facilitate this “unthinkable” outcome.

“As we have done for over two centuries we will have a legitimate election”, Marco Rubio promised. “It may take longer than usual to know the outcome, but… at noon on January 20, 2021 we will peacefully swear in the president”.

Richard Shelby sounded less sure. “We’ve always had a peaceful transfer of power… and I think this year will be no exception”, he said.

Chuck Schumer, speaking on the Senate floor, called Trump’s remarks “unbelievable”, while Ben Sasse tried to shrug it off: “He says crazy stuff”.

18 comments on “‘Volfefe’ And The Peaceable Passing Of Power”