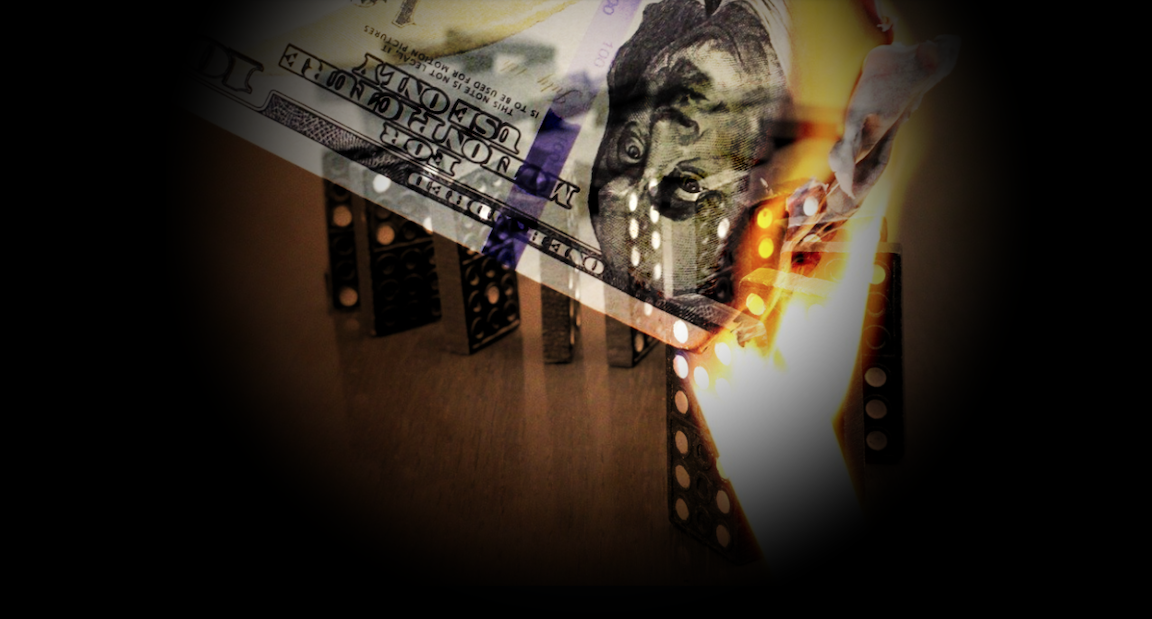 Roll out the obligatory caveat(s).

“The full economic effects of the COVID-19 pandemic cannot be quantified in the income and outlays estimate because the impacts are generally embedded in source data and cannot be separately identified”, the BEA reminded you on Friday, while reporting personal spending and income data for June.

Spending rose a slightly better-than-expected 5.6% for the month, coming off a record jump in May catalyzed by stimulus payments and pent-up demand.

Things get dicey when you look at incomes, which fell 1.1% last month. That was more than the 0.6% drop economists expected.

Crucially, the figure (below) shows how important stimulus and transfer payments were in simulating “incomes” over the past several months.

Congress is deadlocked on the next round of relief as Democrats push for an actual solution and a comprehensive deal that addresses the myriad economic and public health crises facing the country, while Republicans appear to be angling for a temporary extension of extra federal unemployment benefits, which have already lapsed.

The GOP proposal unveiled earlier this week calls for the $600/week payments to be cut by two-thirds while states develop systems that compensate workers at 70% of their prior wage.

Bloomberg notes that the increase “likely reflect[s] states working through backlogs of applications [and] stem[s] mainly from the federal government’s supplemental $600 in weekly jobless benefits, highlight[ing] the importance of the payments”.

Needless to say, it does not bode well that jobless claims are rising again, while Beltway brinksmanship chances a dive off the fiscal cliff.

You should take a moment to think through the chain reaction. Consider the following:

And around we go. Or perhaps I should say “down we go”, because at some point, the last domino will fall, and we’ll dead end in a double-dip recession — or worse.

Meanwhile, the personal savings rate (which some lawmakers have suggested is evidence that Americans don’t really need more assistance or, if they do, aren’t inclined to do their patriotic duty by spending the money Steve Mnuchin sends them) dropped a second month in June.

Obviously, the overall level is still very high historically speaking, but my guess would be the trend shown in the figure (above) will continue, given that everyone knows most Americans came into the pandemic broke.