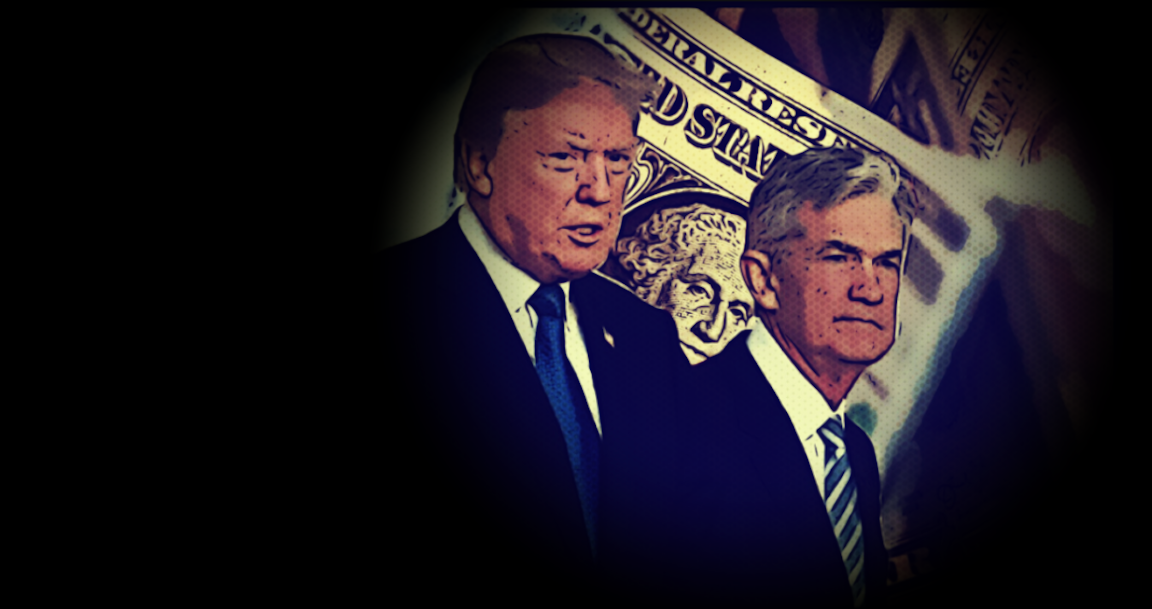 “As long as it takes”, Jerome Powell said Wednesday, describing the Fed’s commitment to deploying every tool at its disposal (and perhaps a few you didn’t know it had) in the service of “limiting lasting damage” to the world’s largest economy.

Powell’s press conference was largely uneventful and came on the heels of a similarly predictable FOMC statement, which simply served to reiterate what market participants already know — namely that allusions to “V-shaped” recoveries from some analysts and administration officials notwithstanding, the drag from the pandemic is likely to persist at least into the medium-term, necessitating ongoing accommodation.

Although spending has picked up owing to stimulus payments, business fixed investment has “yet to show a recovery”, Powell said, noting that the unemployment situation is “especially severe for women, lower-wage workers, African Americans, and Hispanics”.

That said, he noted that the offsetting plunge in prices in sectors most affected by the pandemic more than overwhelmed the inflationary effects of the supply chain burdens, leaving overall inflation “well below” the Fed’s objective. Fundamentally, the pandemic is a disinflationary shock, he added.

Powell also revealed (if that’s the right word) that the Fed has resumed discussions around its forward guidance and general framework for meeting its price mandate. “I have no details to share today”, Powell said, but indicated the Fed will “wrap up deliberations in the near future”.

Commenting on the resurgence of COVID-19 across the country, Powell cautioned that the US has “entered a new phase in containing the virus”, which he called “essential to protecting our health and economy”.

As a reminder, Fed officials have found it necessary to “become default hygiene coaches at a moment when success overcoming a global health crisis may hinge on small steps of personal responsibility”, as Reuters put it earlier this month. That’s a euphemistic way of saying that, lacking coherent leadership at the federal level, the Fed is stepping in to fill the void just as they have in the absence of fiscal policy over the years.

“We have seen signs that the new outbreaks [are] weighing on the economy”, Powell warned. He cited data on card spending and other high frequency indicators. This has been well documented, and it’s starting to show up in the labor market.

Thursday’s claims numbers will likely be far more consequential than the “stale” GDP report, which we already know will betray a decline of historic proportions. Jobless claims rose for the first time since March last week, and if they rise again (or, really, even if they just stay where they’re at) it will be a disconcerting development indeed.

As expected, Powell was pressed on the state of fiscal stimulus discussions on Capitol Hill, where Mitch McConnell has drawn at least one red line in negotiations with Democrats over the next round of virus relief.

Simultaneously, the Fed chair was asked to elaborate on Janet Yellen and Ben Bernanke’s recent remarks about the necessity of more spending by Congress to help alleviate the suffering of everyday people and otherwise right the proverbial ship.

Having become something of an expert on demurring and sidestepping land mines thanks to three years operating under an incorrigible executive, Powell was quick to say he “wouldn’t want to be giving specific advice” to Congress when it comes to any program, including the provision of extra federal benefits to the unemployed, currently one of the most consequential debates holding up the passage of a new relief package.

Rather than get prescriptive (as Yellen and Bernanke did) Powell instead repeated that “this pandemic and its fallout really represents the biggest shock in living memory” — you know, in case anyone on either side of the aisle was under the impression that this isn’t a big deal.

Then, he directly tied the transfer payments to the rebound in consumption and spending. “We are seeing the results of the earlier strong fiscal action”, he remarked, adding that “you are seeing what happens with that money — it’s kept people in their homes and businesses in business”.

You could scarcely ask him to be more explicit. The bottom line is that without expanded benefits, the recovery in spending disappears (or at least dissipates), undercutting the economy at an extraordinarily delicate juncture.

“Even if the re-opening goes well, it’s still going to take a fairly long time for parts of the economy” to get back to normal, he continued, specifically mentioning the hardest-hit sectors like retail and food and beverage.

“Many of the people who were laid off from those industries are going to find it hard to go back to –“, Powell paused, before abandoning pretensions to politeness. “There won’t be any jobs for them”, he said, flatly. “Those people are going to need support”.

That is correct. In addition to the rapid pace of permanent closures among businesses in those sectors, some business owners are finding it difficult to hang on even with Paycheck Protection Program loans. That isn’t something the Fed can fix, absent a mandate to send free money to people at its own discretion. And, yes, you’d be forgiven at this point if you suggested that the Fed’s discretion in that regard might be preferable to Congress’s. Think about it this way: If you were a parent, and you were going out to dinner and needed a babysitter you could trust to provide the most basic of care for a few hours, you could count on every, single Fed official to get the job done. Can you say the same thing for every, single member of Congress?

“[More] direct fiscal support may be needed”, Powell went on to confirm. “It will take continued support from both monetary and fiscal policy to achieve levels [of economic activity] seen earlier this year”. He tossed out a rather alarming statistic. According to Fed research, “if you make $40,000 or less you had a 40% chance of losing your job in April or May”.

As for inequality, Powell laid some of the blame at the feet of fiscal policymakers, and noted that, generally speaking, America has been getting more unequal for at least four decades thanks to a variety of factors, including globalization, subpar educational attainment compared to other rich countries, and technology. “If you’re on the wrong side of those forces, your income is stagnate”, Powell said. “It mainly falls to fiscal policy”.

Asked Wednesday about the state of negotiations around the next stimulus bill, Donald Trump sounded an almost apathetic tone. “We ought to work on the evictions so that people don’t get evicted”, the president mused. “To work on the payments to the people and the rest of it”.

4 comments on “‘There Won’t Be Any Jobs For Them’: Powell Prods Congress, Warns On Post-Pandemic Economy”