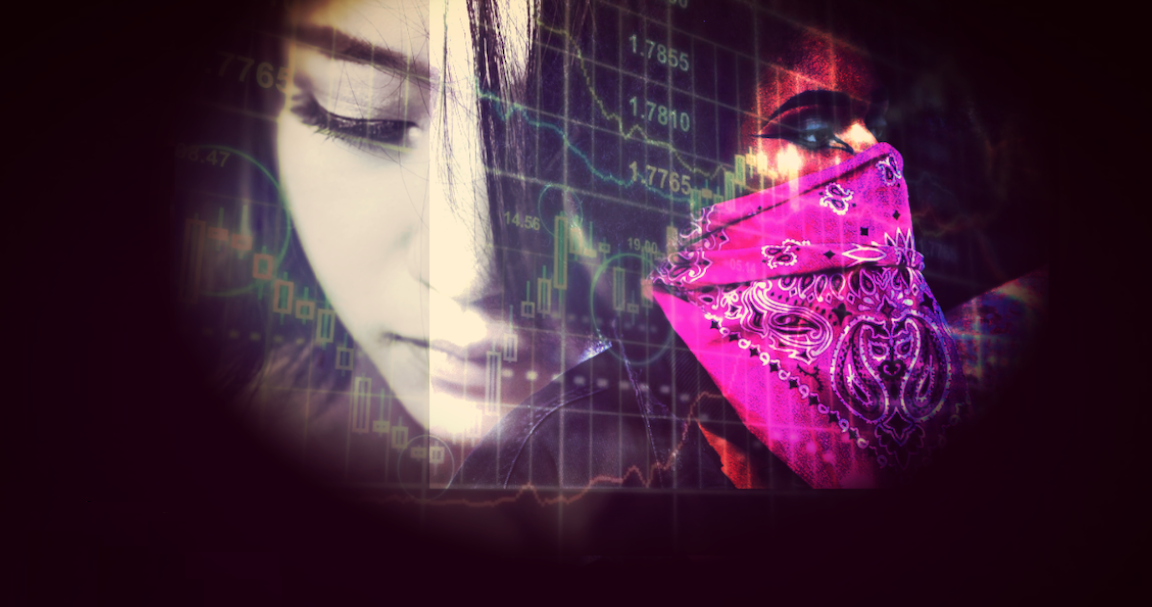 Markets are under control — figuratively and literally.

The top pane in the figure (below) suggests we’re there. “Dystopia now”, as it were. Except that you’re making money if you’re invested. “Dystopia” usually has a negative connotation. Making money is, for most of us anyway, a positive development. So, if you can brush away your normative concerns about the market being stripped of its ability to serve as a price discovery mechanism, you’re free to revel in higher asset prices.

Of course, they (central banks) have “administered” bond yields for years. There’s no such thing as a “bond vigilante” in a world where the divinities with control of the printing presses are committed to buying government debt in unlimited quantities.

If (when) the Fed adopts yield-curve control, US bond yields will just be another policy variable. As things stand now (i.e., during the summer doldrums), the Fed has no need to make it official. Rates are content to ply a hapless range, with 10s, 2s, and, by extension, the 2s10s, moving sideways in a listless drift — a raft in calm waters.

Things are more interesting when you look beneath the surface. Reals have collapsed, breakevens have moved higher — it’s either “success” or a “dour warning about growth”. Take your pick.

Goldman likens the current environment to the period from September 2011 to the start of the taper tantrum.

“The policy outlook is similar —while the Fed hasn’t yet announced formal forward guidance, we think is it coming at either the July or September FOMC meeting, and we don’t expect meaningful changes to asset purchases over the next year or so”, the bank writes, adding that,

…the forward guidance this time around is likely to be stronger. Consequently, we expect even less variation in yields than during the 2011-2013 regime, particularly at short/intermediate maturities. At the same time, we expect a healthy rebound in inflation compensation—alongside the recovery, we expect that breakevens across the curve will widen by anywhere from 40-60bp over the next year and a half— which should translate to lower real yields. While the move lower in real yields at the front end should simply boil down to arithmetic, at longer maturities such as 10s and 30s, this is less straightforward. At shorter maturities (2y and 5y), breakeven widening largely manifests from lower real yields, particularly when the ZLB is binding. This pattern is less visible for 10s. We expect to see this pattern repeated, which would suggest, given our expectation for about 50-60bp widening in 5y breakevens, that 5y real yields in the US can decline another 40-50bp over the next year in the scenario where economic recovery continues.

So, deeply negative front-end real yields. Goldman doesn’t see much in the way of room for 10-year reals to decline further, though. At the same time, they doubt the scope for a repeat of the taper tantrum which “could be attributed to unclear Fed communication or to a misinterpretation by markets, something that we think is unlikely to be repeated this time around”. Over the next year, the bank sees higher real yields at long maturities, just not a dramatic surge. Basically, Goldman is looking for what sounds like a benign evolution in rates, consistent with a steeper curve and a continuation of the recovery.

If things were to go awry and fiscal support were to fall away, the bank doesn’t rule out negative rates from the Fed. The problem with that is obvious. “While negative rates themselves would translate to even lower real yields, the disinflationary impulse from a renewed slowdown could dominate, leaving real yields on net higher”, Goldman says.

Anyway, for now markets have been tamed. Things are, as noted, under control.

What’s not under control, however, is the government’s response to America’s worsening COVID epidemic, and that’s cause for consternation. “The number of people infected with the coronavirus in different parts of the United States was anywhere from two to 13 times higher than the reported rates for those regions”, The New York Times wrote Tuesday, citing new data released by the CDC. “The findings suggest large numbers of people who did not have symptoms or did not seek medical care may have kept the virus circulating in their communities”.

Donald Trump restarted virus briefings on Tuesday afternoon, apparently at the urging of some aides and advisors. It wasn’t a disaster, but it’s hard to imagine the president making it through several briefings each week without some manner of new gaffe. Stimulus talks are ongoing. Republicans claim progress, while Democrats say the GOP is in “disarray”.

I realize this is nothing new, but a hodgepodge of headlines Tuesday suggested that, lacking an official top-down (i.e., federal) strategy, states and corporations are increasingly prone to taking matters into their own hands when it comes to helping the nation get things back on track.

Walmart, as you’re probably aware, is mandating masks for all shoppers in all stores. That includes more than 1,500 locations in regions where there is no state or local face covering rule. The company produced a short training video to help employees deal with obstinate shoppers.

“If a customer tells you they can’t for [age, health or religious] reasons, listen and tell them you understand”, the video says. “And thank them for shopping at Walmart”. Here is the clip:

“Never engage with a customer physically”, the video goes on to advise. The company’s “Health Ambassadors” (a role which apparently does not include extra pay) are instructed never to block maskless customers from entering the store. “Do not attempt to stop them”, the video implores.

Amusingly, Jim Cramer is pushing the issue even harder. “People don’t want to die for shopping’, he said Tuesday. “As much as we love shopping, it’s not worth dying for”. Tell that to the Black Friday crowd after Thanksgiving, Jim.

Generally speaking, this particular problem isn’t one the Fed can do anything about, but it won’t be for lack of trying.

“I overemphasize in my public comments wearing a mask because it’s a message that everyone listening can act on”, Dallas Fed boss Robert Kaplan told Reuters in an interview. “If I consistently emphasize this point and connect it to the economy … and unemployment, maybe we can get more widespread adoption and maybe help to fight this virus”.

Reuters writes that in their recent speaking engagements, Fed officials “have become default hygiene coaches at a moment when success overcoming a global health crisis may hinge on small steps of personal responsibility”.

I bet if Jerome Powell offered a free $1 million to every citizen who commits to wearing a mask, compliance would go to 100% overnight.