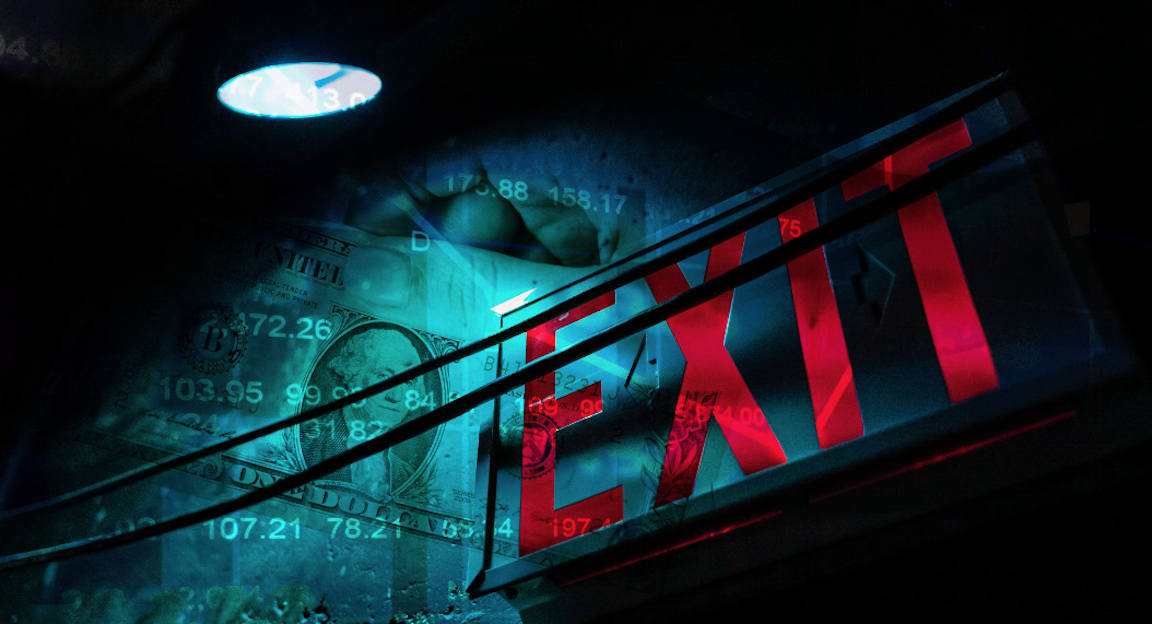 The fact that US equities (the S&P in this case) turned positive for the year a mere four months after one of the most harrowing episodes in market history, is significant for reasons that go beyond the fun one can have juxtaposing charts showing economic oblivion with a “V-shaped” rebound in risk assets.

Having lived through March — a month during which the S&P was prone to swinging as much as 9% in a single session — you’d be forgiven for taking some off the table after getting back to flat for the year.

That goes double when you consider stocks came into the pandemic perched at records. “Flat” for 2020 actually means “close to all-time highs” for SPX. And don’t forget, 2019 was among the best years in a half-century.

So, it’s not really “back to even” for anyone who’s been invested — it’s more like “back to way, way up”. For the Nasdaq, it’s back into the mesosphere (where meteors burn up) after a brief descent into the stratosphere.

Given the above, it will be notable if stocks continue to press higher, as that would suggest the temptation to adopt a “get out while you still can” mantra isn’t as compelling as you might be inclined to think considering the economic backdrop and the distinct possibility that the US election will be messy.

“The S&P 500 has broken the zero barrier and is now net positive year-to-date; in what appears to be a more durable move than the prior few attempts”, BMO’s Ian Lyngen and Jon Hill wrote Tuesday, adding that in their view, “erasing all of the year-to-date losses was the biggest hurdle to a continuation of the rally”.

“Investors have now had several opportunities to get out of domestic equities flat on the year, which implies those who remain engaged are targeting upside”, they said.

And it’s the same thing in high-grade credit and junk, which benefited handsomely from the Fed’s historic intervention and implicit guarantee for blue-chip US corporate obligations.

But there is one notable difference — namely that equity flows remain subdued, whereas flows into credit have been robust, to say the least.

Flows into IG and HY have approximated a tsunami as market participants jumped at the opportunity to front-run and, eventually, invest alongside, Jerome Powell.

In equities, though, there’s demonstrable trepidation.

The figure on the left (below) shows the last four weeks, while the visual on the right gives you a sense of the bigger picture. Do note that the huge money market outflow you see on the left coincided with the US tax deadline (more here).

What sticks out from the figure on the right is that inflows into government bonds have been steady. The rush to cash (“MM”) in 2020 was obviously the product of the pandemic, and you can clearly see the inflection point for corporate bonds at the end of March (i.e., when the Fed announced its backstop).

Panning out and taking an even more comprehensive view shows that equity flows (and do read the lengthy description so you’re apprised of what’s in the chart) are the weakest since the GFC.

Ostensibly, all of this suggests there’s plenty of scope for investors to add equity exposure, especially if the macro backdrop is seen as more favorable in light of the EU recovery fund and an assumed $1 trillion+ new relief package in the US.

“The achievement of a euro-zone pandemic stimulus package has added upward pressure on global equities… which should further cement the recent gains and leave investors with a new quandary; will the market fully retrace to the pre-corona highs less than six months after the crash?”, BMO’s Lyngen and Hill went on to ask Tuesday.

While discretionary investors ponder that question, the systematic crowd will re-leverage in mechanical, unemotional fashion as long as volatility is well-behaved.

“Financial Conditions [have] eased further to their ‘best’ levels since late February with the USD Rates market under complete lockdown, acting alongside the recent ‘growth impulse’ as the key macro factor inputs behind the collapse in cross-asset volatility”, Nomura’s Charlie McElligott says. “In turn, the vol wipeout has acted as an accelerant to the risk-on trade in standard ‘tail wags the dog’ market structure fashion”.

But even those who have championed the “V-shaped” recovery narrative pretty much from the onset of the crisis admit that the next several weeks could be challenging.

“Over the next two months, positive catalysts fade, seasonality gets worse and near-term risks emerge”, Morgan Stanley warned late last week, in the course of branding the August-September period “the danger zone”.