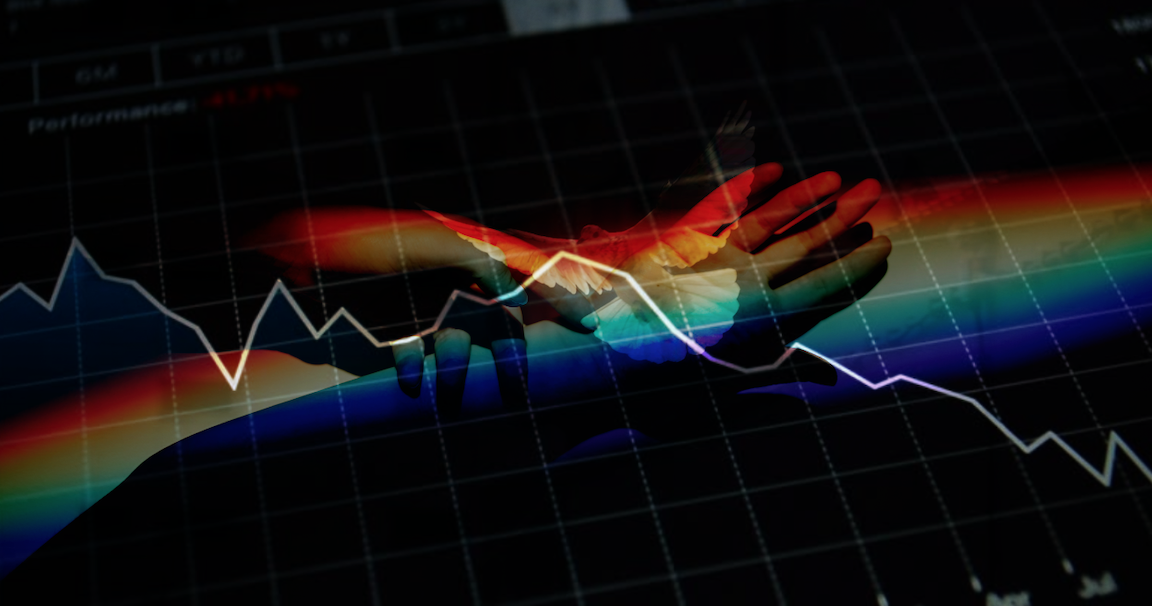 A predictably uneventful Bank of Japan meeting this week did afford market participants one valuable opportunity, albeit not to trade, but rather to reflect further on fiscal-monetary coordination in our post-pandemic reality.

On any number of occasions over the past several months, I’ve implored readers (both dedicated and casual) to consider the fact that we are living in a world of monetary-fiscal partnerships. Monetary policy is enabling fiscal policy, and the coordination is more overt than at any other time in recent memory. In some cases, government bond purchases by central banks are almost dollar-for-dollar with new issuance, the proceeds from which are earmarked for virus relief (see “‘Creeping Into The Unconventional’ And Why Everything You Thought You Knew Is Wrong”).

The point: the only two things separating us from direct monetization are superfluous primary dealers (the middlemen) and the far-fetched notion that what you see in the figure (below) is ever going to be completely unwound.

Not all of what’s represented in the chart is government bonds, but a ton of it is, and there is virtually no chance it will all be allowed to roll off — or at least not in our lifetimes or those of our children either. I don’t have kids, but you might, and rest assured that when they grow old, G4 central banks will still be sitting on a mountain of debt issued by their respective sovereigns.

On Wednesday, while speaking to reporters after the BoJ meeting, Haruhiko Kuroda talked a bit about yield-curve control which, while certainly not new in Japan, is a recent development in Australia and is on the menu for the Fed.

“Yield-curve control is playing a role in policy coordination between the BOJ and the government”, Kuroda said, adding that he “can keep a lid on JGB yields if the government issues more debt”.

Yet again, we see the explicit acknowledgement of central banks acting to tamp down yields in order to allow the government to keep borrowing at low rates to fund stimulus. Although Kuroda has emphasized the desirability of allowing super-long-end JGB yields to remain elevated, the overarching point I want to make is that, very much contrary to what some folks are still inclined to believe despite all the evidence, bond yields are a policy variable. There are no “vigilantes” with the firepower to push back against a determined central bank in that regard.

One of the key aspects of yield-curve control is that, once implemented, it potentially obviates the need for the central bank to make as many purchases. That might seem counterintuitive, but the idea is simply that the market will get the message — there’s no point in challenging the folks with the printing presses.

“The Reserve Bank of Australia has shifted its yield curve control into cruise control having abstained from buying securities for 47 days now, the same length of time as its initial streak of purchases”, Bloomberg wrote late last month.

As a side note, Australia’s success in this regard has also created what, for now anyway, is a foolproof carry trade.

“By credibly promising to purchase bonds if needed to control [yields], central banks guarantee the yields rather than being one influence on them, ensuring that very large government deficits can be financed without putting upward pressure on interest rates”, Bridgewater wrote, in a recently published note on yield-curve control. “If the commitment is credible, central banks can often get away with buying very few bonds, preserving their power to print—which is not infinite, even for central banks with reserve currency status”.

Given how important this discussion is at the current juncture, and considering the distinct possibility that the Fed will adopt some version of yield-curve control later this year (see “Fed Not Ready To Roll On Yield-Curve Control“), the following (from the same Bridgewater piece) is worth a read for anyone who isn’t well-versed in the mechanics and the history of central banks commandeering the curve.

Since we began studying yield curve control (YCC) policies years ago, they have gone from an abstract concept not seen since the WWII era to a policy that many of the world’s largest central banks have adopted or are heavily considering. Under yield curve control policies, the central bank guarantees very low interest rates years into the future, setting the price of money well beyond the short rate. Of course, central banks also influence the price of money further out the yield curve by undertaking QE purchases. But by credibly promising to purchase bonds if needed to control the bond yield, central banks guarantee the yields rather than being one influence on them, ensuring that very large government deficits can be financed without putting upward pressure on interest rates. If the commitment is credible, central banks can often get away with buying very few bonds, preserving their power to print—which is not infinite, even for central banks with reserve currency status. That said, significant money printing is often necessary as well in order to achieve central banks’ goals, both to provide liquidity to the private sector to purchase government bonds, and to ensure that liquidity makes its way through the financial system and supports the prices of other risky assets. For investors, bonds that are pegged have radically different characteristics than what we’ve grown accustomed to in recent decades, with yields not responding to shifts in growth and inflation. Going forward, how long central banks maintain such policies will likely depend on how successfully they support a return to employment and inflation targets and how tolerant central banks will be if inflation rises well above target.

Looking across past and current cases, the table below summarizes some of the key attributes of yield curve control policies, with colors indicating the degree of stimulation provided:

The Configuration of Conditions, Now and Then: Monetary Policy Up Against Its Limits and the Need to Enable Massive Fiscal Deficits Without Pushing Up Interest Rates

The charts below further illustrate conditions in each case and the parallels among them. In each case, rates had been pushed about as low as they could go—though the collapse in long rates as well as short rates is more extreme today than in the war years. During WWII, a steep yield curve was targeted and accompanied by significant liquidity production on the front end to provide the liquidity to investors to finance a massive fiscal deficit. Until recently, the BoJ’s case was distinguished from that of the Fed in WWII by its much lower liquidity production and attempts to rein in the fiscal deficit. But Japan now plans to borrow more to stimulate given the virus hit to the economy, and the BoJ will ramp up its liquidity production to purchase the bonds. Australia is trying to finance a very large government deficit with extremely little liquidity production and only a 3-year yield target.

Today, the Fed faces a set of circumstances that is similar to those faced by other central banks that have adopted yield targets: an economy requiring accommodative financial conditions, limited monetary fuel with short rates at zero and asset purchases already underway, and massive fiscal deficits requiring adequate liquidity to prevent an undesirable tightening. The Fed has been studying other central banks’ experiences with yield targets, and while the Fed is still evaluating the desirability of the policy, many market participants expect the Fed to announce a front-end yield target (~3 years) later in the year.

The Fed’s guidance and the market pricing both already imply an extended period of zero interest rates; short rates are priced to remain at zero for at least three years, and the Fed maintains they’re not even “thinking about thinking about raising rates” until they either clearly achieve their goals or run into inflation constraints. A front-end yield target would formalize this commitment, containing any rise in rates driven by rising Treasury issuance, improving growth conditions, or rising inflation. In a recent Senate hearing, Chair Powell described the goals of the policy and when it might be employed (though he emphasized that no decision had been reached yet):

“The sense of it is that if the market, if rates were to move up a lot for whatever reason, and we wanted to keep them low to keep monetary policy accommodative, you might think about using it, not on the whole curve, but on some part of the curve.”

Below, we explore how different a yield curve control paradigm can be for investors—especially in contrast to what investors have lived through in recent decades.

For investors, a policy of pegged yields can be radically different from what we’ve grown accustomed to over the last few decades. As shown below, under these policies, central banks tend not to respond to short-term swings in the cycle. As a result, even as there are large swings in growth and inflation, policy does not change, and bond yields remain steady. This has important implications for investors who utilize nominal bonds for diversification in their portfolios. The charts below show targeted yields against core inflation and real GDP growth, with our estimates of activity at the peak of the drawdown (lower dot) and today (upper dot).

For investors, the returns of holding bonds under yield curve control regimes will depend significantly on the details of the policy—particularly the yield curve steepness policy makers target. For example, in the 1940s, low and stable bond yields with an upward-sloping yield curve created consistent carry for investors despite huge issuance, allowing them to lock in virtually guaranteed returns. That said, investors eventually saw their returns eroded in real terms, as all the easing to backstop big fiscal deficits eventually drove up inflation during and after the war. (Still, these bonds were much better to hold than cash at rates close to zero as inflation mounted.)

Today, yield curves across the developed world are much shallower (as shown earlier), providing less opportunity to lock in the carry. The complexion of inflationary pressures is somewhat different as well, given the persistence of secular disinflationary pressures and the early deflationary effects of the pandemic, though the biggest driver of whether we will see an end to the current secular disinflationary period lies in the future of monetary and fiscal policy. Looking at Japan’s experience since 2016, the yield curve has been much flatter, with short rates at -10bps and 10-year bond yields at “around zero.” Without much carry or room for price appreciation (and cash rates that have been negative), subsequent returns have been weak, with Japanese 10-year bonds averaging roughly flat annualized returns since the adoption of the target. But in the context of little fiscal issuance and other disinflationary pressures, inflation has remained modest, eroding returns only slightly.

0 comments on “The Guarantee (No Country For Old Bond Vigilantes)”